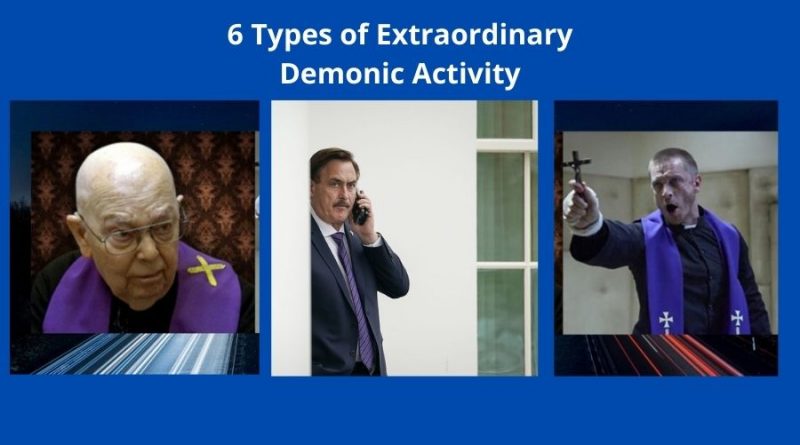 Hex Objects: Often times transfer objects for a hex appear inside pillows or mattresses. I have found just about everything, from colored and tied ribbons to chunks of hair tightly knotted… animals – especially mice – or geometric shapes; and blood clots. I have seen chunks of wood or iron, twisted wire, and dolls full of piercing and marks and have witnessed the sudden appearance of very thick braids of children or women’s hair. Miraculously, sometimes these objects are not even visible until holy water is sprinkled upon the opened pillow. Father Armoth 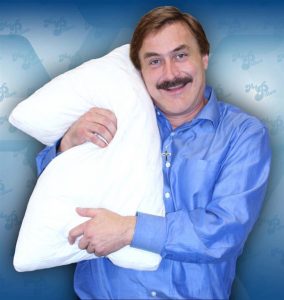 Suddenly Mike Lindell’s company is under fire. Major retailers like Bed Bath and Beyond have announced they will stop selling the “My Pillow” brand.

In an email to NBC News Tuesday morning, Lindell said that “a group has attacked my vendors” and that the retailers called him saying they had been threatened with “a boycott if they don’t comply” and drop his products.

A representative for Today’s Shopping Choice confirmed that MyPillow products would no longer be sold on the channel.

My Pillow Guy Mike Lindell told Axios, “I want Dominion to put up their lawsuit because we have 100% evidence that China and other countries used their machines to steal the election.”

The big picture: Lindell met with Trump last week and was caught by photographers with notes referencing martial law and Sidney Powell. The CEO has become known for peddling election-overturning conspiracies and last year promoted a fake cure to the coronavirus.

What they’re saying: Dominion’s letter reads… “Despite knowing your implausible attacks against Dominion have no basis in reality, you have participated in the vast and concerted misinformation campaign to slander Dominion … Litigation regarding these issues is imminent.”

Mike Lindell has done good work that should not be forgotten -In March 2020, Fox 9 KSMP reported that founder Mike Lindell had announced that 75% of the company’s production was shifting to making cotton face masks to donate to health care workers for use during the COVID-19 pandemic, and that “Masks will not be available to public to purchase”,[28] though the cotton masks later appeared for sale on the My Pillow website

Father Gabriele Amorth on Spiritual Warfare.
The Chief Exorcist of Rome, Fr. Gabriele Amorth categorizes demonic activity into ordinary and extraordinary. The former is simply temptation, while the latter is broken down into the six main categories..

As its name suggestions, demonic activity can manifest as physical pain. Fr. Amorth points to Saint John of the Cross, the Cure of Ars, and Padre Pio as historical examples of those who suffered physical beatings and torment by demons. However, since this “external form of persecution does not affect the soul,” it is understood that “there has never been the need for an exorcism, only for prayers.”

2. Demonic Possession:
“This occurs when Satan takes full possession of the body (not the soul); he speaks and acts without the knowledge or consent of the victim, who therefore is morally blameless.” In reference to the question, is there a stereotypical possession or referential model, Fr. Amorth advises the following, “to fix a set ‘model’ for demonic possession would be a serious mistake; the affliction runs the gamut of symptoms and severity.”

“There is no possession, loss of consciousness, or involuntary action and word, ” just severe to mild events that plague the individual. Fr. Amorth points to Job’s severe afflictions and St. Paul’s thorn in his flesh (II Cor 12:7). Whereas “possession is rare,” Fr. Amorth reveals that he and his fellow exorcists “run into a great number of people who have been struck by the devil in their health, jobs, or relationships.”

“Symptoms include sudden attacks, at times ongoing, of obsessive thoughts, sometimes even rationally absurd, but of such nature that the victim is unable to free himself.” Moreover, “the obsessed person lives in a perpetual state of prostration, desperation, and attempts at suicide. Almost always obsession influences dreams.”

Fr. Amorth explains, “people fall into this form of evil when thy voluntarily submit to Satan. The two most common forms of dependence are the blood pact with the devil and the consecration to Satan.”

The Four Types of Curses

Fr. Amorth on the 4 Types of Curses: “Curse is a generic word. It is commonly defined as “harming others through demonic intervention.” This is an exact definition, but it does not explain the cause of the harm, hence the beginning of confusion. For instance, some believe that curse is synonymous with spell or witchcraft. In my opinion, spells and witchcraft are two different types of curses. I do not claim to give a comprehensive explanation, and I rely solely on my own experience when I defend the following forms of curses”.

Fr. Amorth address these practices as a group because they are analogous and they share the “common characteristic” of obtaining “a curse against a specific person through magic formulas or rituals – at times very complex – by invoking the demon, but without the use of particular objects.”

Whoever devotes himself to these practices becomes a servant of Satan through his own fault.

Curses invoke evil, and the origin of all evil is demonic. When curses are spoken with true perfidy, especially if there is a blood relationship between the one who casts them and the accursed, the outcome can be terrible.

Fr. Amorth stresses the fact that there are incredibly strong bonds between family members, and that curses that operate within these familial bonds or on a “special occasion,” e.g., a wedding, can have terrible consequences.

He gives several examples of cases he worked: a young man cursed by his own father at birth, parents cursing their daughter-in-law at their wedding, and man whose grandmother cursed a photograph of him, resulting in ill legs and multiple surgeries.

This consists in a spell cast by looking at someone. It does not come about, as many think, by believing that some individual cause bad luck by just looking at you; this is nonsense. The evil eye is a true spell; in other words, it presupposes the will to harm a predetermined person with the intervention of demons.

What is important is that the victim should not suspect everyone he meets, but forgive wholeheartedly whoever caused him evil, no matter who. I want to stress that, while I believe that the evil eye is possible, I cannot be positive that I have encountered it in my experience as an exorcist.

The Spell (aka Malefice or Hex)

A “spell” is the “most commonly used means to achieve evil.” In Latin, it is the male factus – meaning “Evil work.” It is generally accomplished by making some type of “evil” artifact.

The object has an almost symbolic value: it is a tangible sign of the will to harm, and it is offered to Satan to be imprinted with his evil powers. It is often said that Satan apes God; in this case we can use the sacraments as an analogy. The sacraments use tangible matter (for instance the water of baptism) as an instrument of grace. In the malefice matter is used as an instrument of harm.

Application of the Malefice:

Direct Way: “Consists of mixing the object that is used for the spell into the victim’s food or drink. As already mentioned, this is manufactured with the most diverse materials; it can be menstrual blood; bones of dead people; various burned powders, mostly black; animal parts – the heart seems to be the favorite; peculiar herbs, and so on.”

Indirect Way: “This consists in hexing objects that belong to the target (photographs, clothes, or other belongings) or figures that represent the accursed: dolls, puppets, animals, even real people of the same age and sex. This is called “transfer” material, and it is struck with the same ills that are intended for the victim.”

Binding Malefice: The transfer object is bound with various ribbons or animal hairs to produce a “binding” effect. Fr. Amorth recounts an event where a doll was bound to an umbilical cord with horse hair in an attempt to strike a pregnant woman’s child.

I have found just about everything, from colored and tied ribbons to chunks of hair tightly knotted… animals – especially mice – or geometric shapes; and blood clots. I have seen chunks of wood or iron, twisted wire, and dolls full of piercing and marks and have witnessed the sudden appearance of very thick braids of children or women’s hair. Miraculously, sometimes these objects are not even visible until holy water is sprinkled upon the opened pillow. 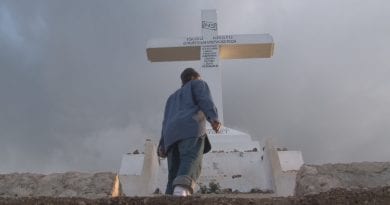 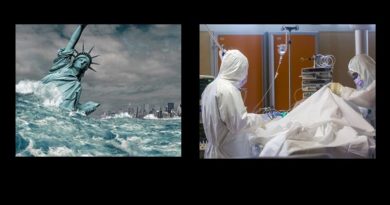 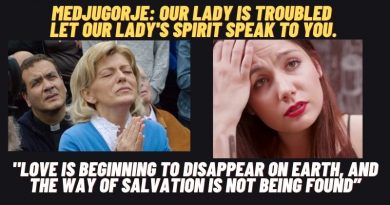 HAYS COUNTY, Texas — A girl’s inoperable brain tumor is gone and doctors have no explanation. Today, Roxli Doss is doing