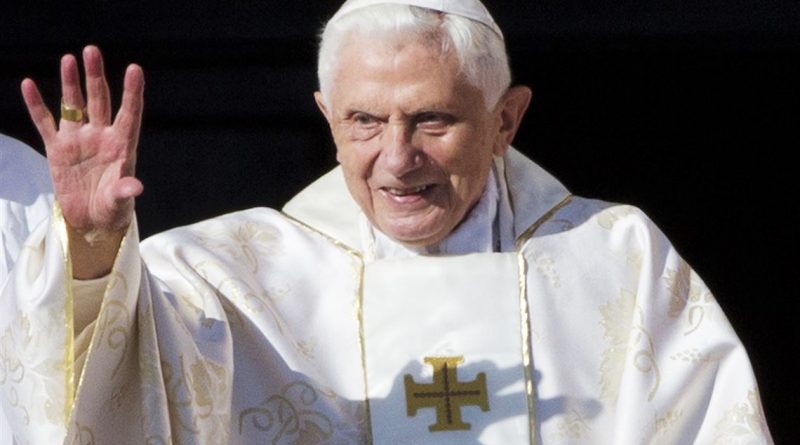 Several times during his pontificate, Pope Benedict XVI sounded the alarm about the direction society was taking, and told us what we must do in response.

Like the seers and prophets of old, Pope Emeritus Benedict XVI several times warned about the direction society was taking and where it was heading, and what we should do.

“In the Old and New Testaments, the Lord proclaims judgment on the unfaithful vineyard,” Benedict XVI said in his homily to bishops gathered together in October 2005.

“The threat of judgment also concerns us, the Church in Europe, Europe and the West in general. … The Lord is also crying out to our ears… ‘If you do not repent I will come to you and remove your lampstand from its place.’ Light can also be taken away from us and we do well to let this warning ring out with its full seriousness in our hearts, while crying to the Lord: ‘Help us to repent! Give all of us the grace of true renewal! Do not allow your light in our midst to blow out! Strengthen our faith, our hope and our love, so that we can bear good fruit!’”

Benedict’s reference to Revelation 2:5, where Jesus is speaking to the church in Ephesus, serves an even more stark reminder today. It wasn’t the only time Benedict turned to the Book of Revelation.

During his 2010 Christmas greetings he warned, “The Book of Revelation (18:13) includes among the great sins of Babylon — the symbol of the world’s great irreligious cities — the fact that it trades with bodies and souls and treats them as commodities. In this context, the problem of drugs also rears its head, and with increasing force extends its octopus tentacles around the entire world — an eloquent expression of the tyranny of mammon which perverts mankind. No pleasure is ever enough…”

Benedict warned that this “fatal misunderstanding of freedom… actually undermines man’s freedom and ultimately destroys it.”

Two years later, speaking to the United States bishops on their ad limina visit, he again cautioned about what he saw happening. He told them, “It is imperative that the entire Catholic community in the United States come to realize the grave threats to the Church’s public moral witness presented by a radical secularism which finds increasing expression in the political and cultural spheres. The seriousness of these threats needs to be clearly appreciated at every level of ecclesial life. Of particular concern are certain attempts being made to limit that most cherished of American freedoms, the freedom of religion.”

Benedict put a spotlight on the “power of terroristic ideologies. Violent acts are apparently made in the name of God, but this is not God: they are false divinities that must be unmasked; they are not God,” and then the drugs “like a voracious beast clawing “all parts of the world and destroys it: it is a divinity, but a false divinity that must fall. Or even the way of living proclaimed by public opinion: today we must do things like this, marriage no longer counts, chastity is no longer a virtue, and so on.”

These words are even more relevant today as we see limits on religious freedom in different ways.

Benedict reminded that many of the bishops told him of the “concerted efforts” made to “deny the right of conscientious objection on the part of Catholic individuals and institutions with regard to cooperation in intrinsically evil practices” or of reducing “religious freedom to mere freedom of worship without guarantees of respect for freedom of conscience.”

Of course there is the never-ending case of the Little Sisters of the Poor as a prime example of what he was talking about.

He reminded that America’s founding documents were “grounded in a worldview shaped not only by faith but a commitment to certain ethical principles deriving from nature and nature’s God. Today that consensus has eroded significantly in the face of powerful new cultural currents which are not only directly opposed to core moral teachings of the Judeo-Christian tradition, but increasingly hostile to Christianity as such.”

Don’t we see that every day in news, entertainment and politics?

Earlier in 2010 Benedict also turned to the Book of Revelation. “Concerning this battle in which we find ourselves, of this taking power away from God, of this fall of false gods, that fall because they are not deities, but powers that can destroy the world, Chapter 12 of Revelations mentions these, even if with a mysterious image, for which, I believe, there are many different and beautiful interpretations.” He focused in on the river of water the dragon spews at the fleeing woman. 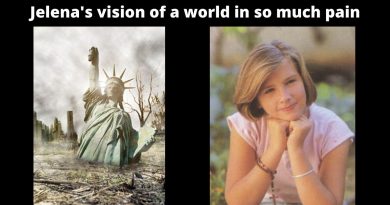 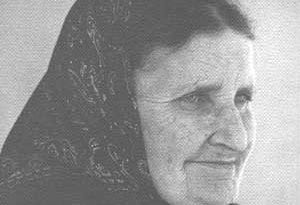 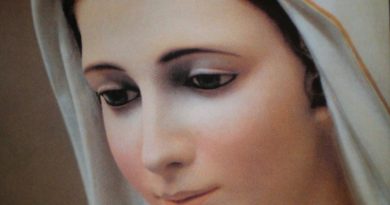 Today, Tuesday 1 November 2022, we celebrate the Solemnity of All Saints. It is interesting that the Church deems this