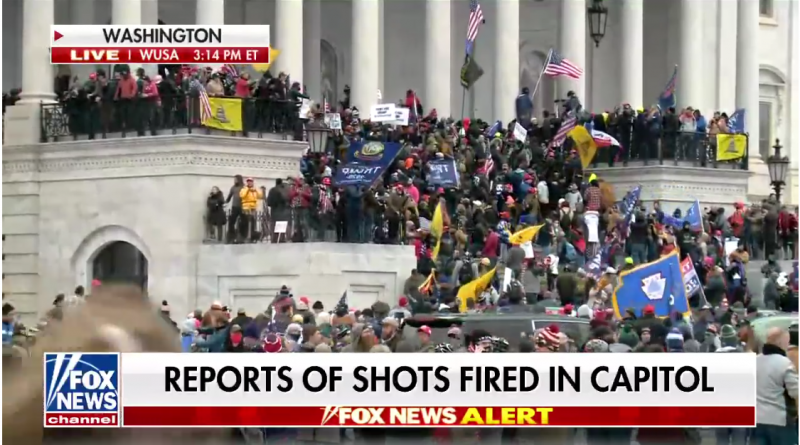 House Minority Leader Kevin McCarthy (R., Calif.) told Fox News that he overheard “shots fired” on Capitol Hill police radios, and there are reports of at least one woman being shot in the chest. Trump has tweeted asking his supporters to “remain peaceful. No violence!”

The Senate chamber has also been breached by protestors. House Speaker Nancy Pelosi (D., Calif.) has requested the National Guard, and D.C. mayor Muriel Bowser has ordered a 6 p.m. curfew.

The massive crowd, numbering tens of thousands, moved on the Capitol — where vice president Mike Pence is overseeing the certification of the Electoral College — after Trump repeatedly urged them to do so, saying he would join them and vowing to “never give up” and “never concede.” Trump, however, left for the White House after delivering his address, and did not join the MAGA crowd.

Capitol Hill police moved to evacuate the Cannon House office building after the crowd overwhelmed police and broke through barriers. Flash bangs and tear gas were used on the crowd, with little effect. There are reports of multiple suspicious packages near the Capitol grounds. The crowd subsequently broke into the building as both the House and the Senate sessions to certify the election were forced into recess, and Pence was escorted out.

The National Guard and other federal agencies are being deployed to the U.S. Capitol after protesters backing President Donald Trump forced their way into the building, causing a delay in the constitutional process to affirm Joe Biden’s victory in the November election.

One person is in critical condition after being shot at the Capitol and at least five people were taken to the hospital, NBC News reports. A law enforcement officer was among those taken to a hospital. Several officers were treated for exposure to pepper spray. 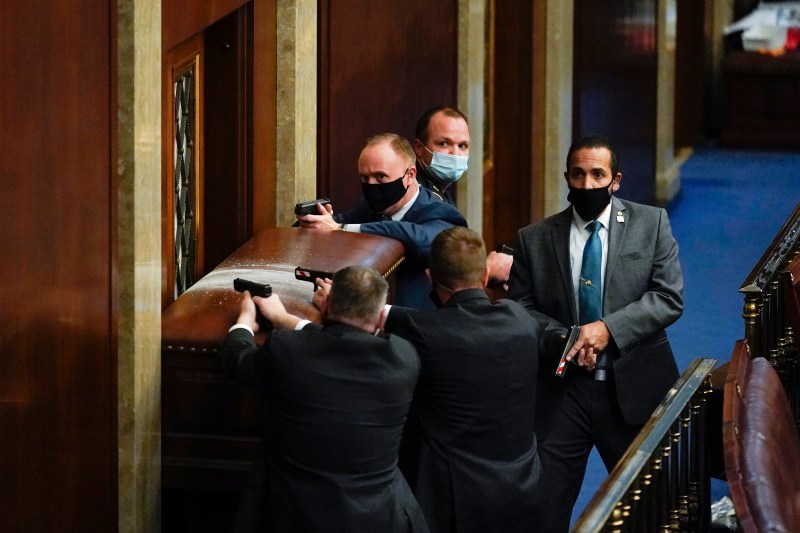 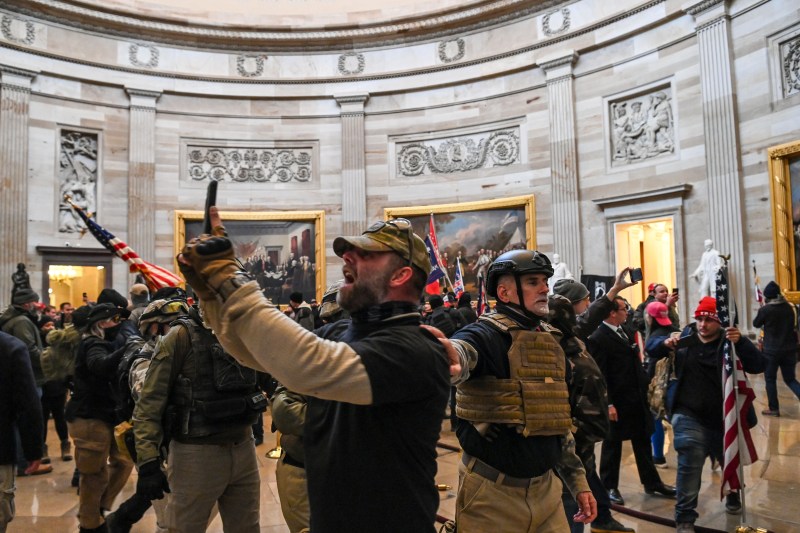 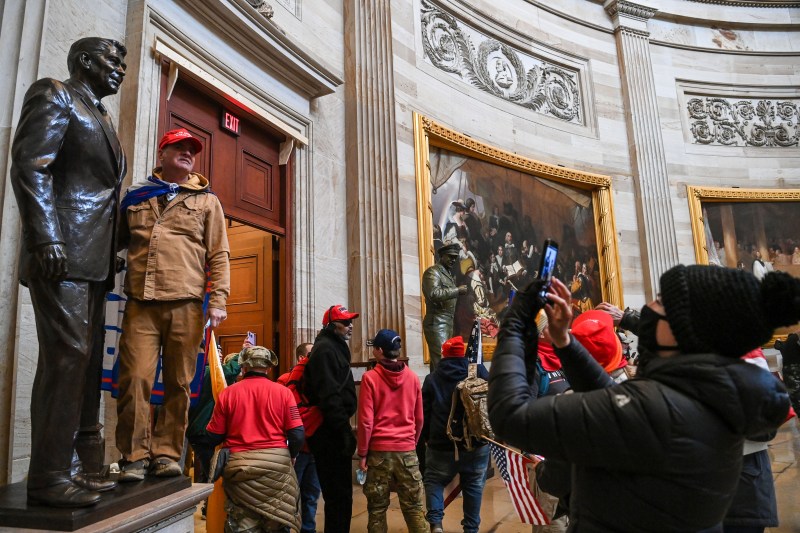 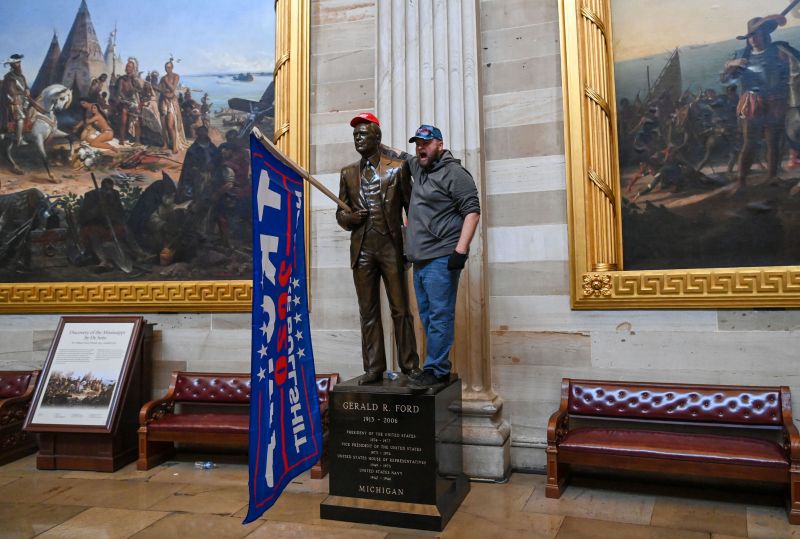 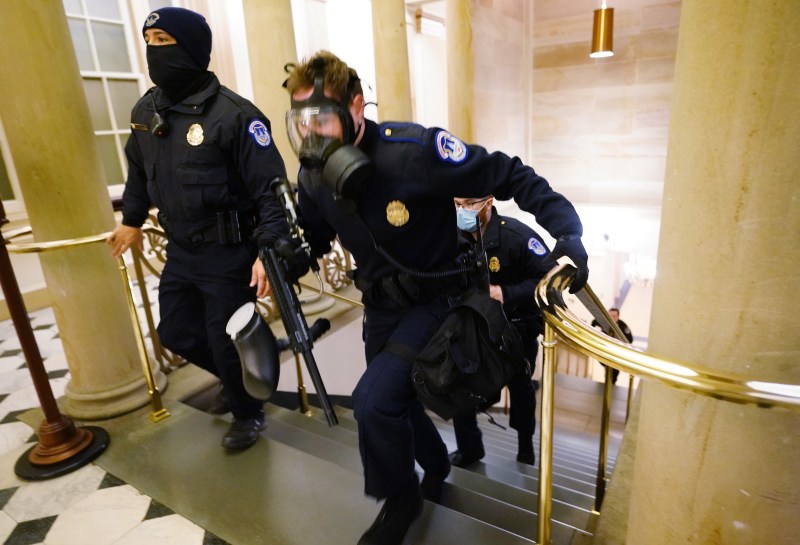 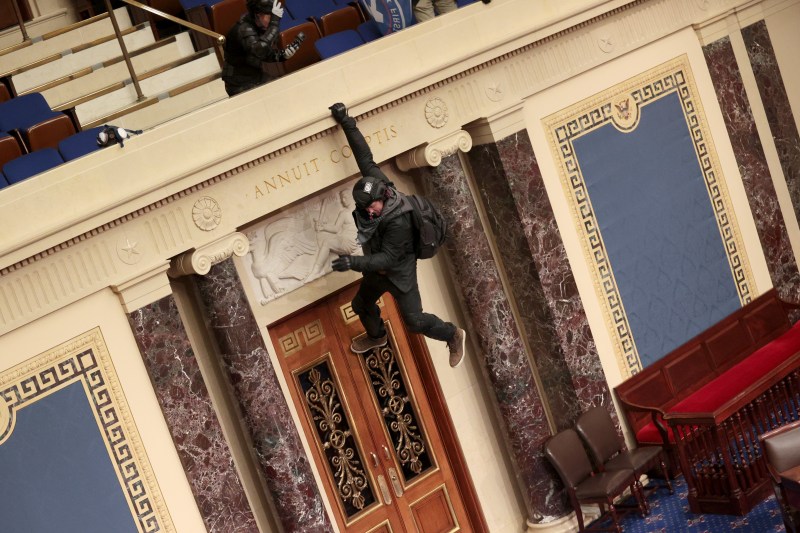 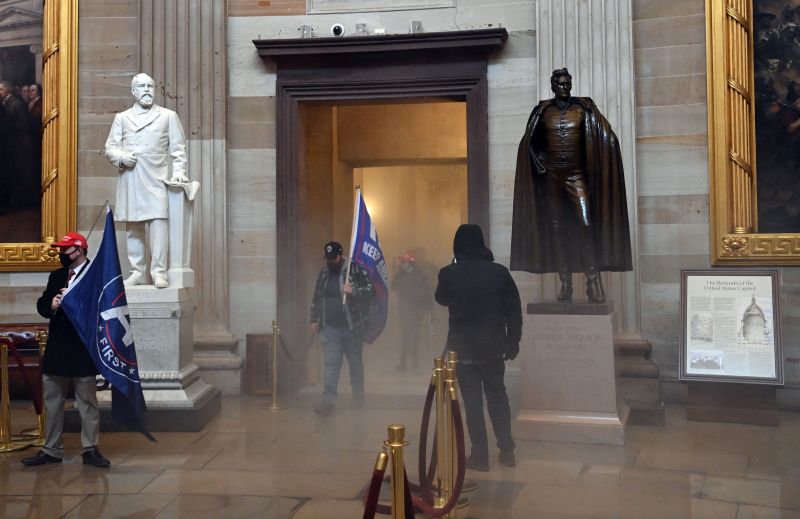 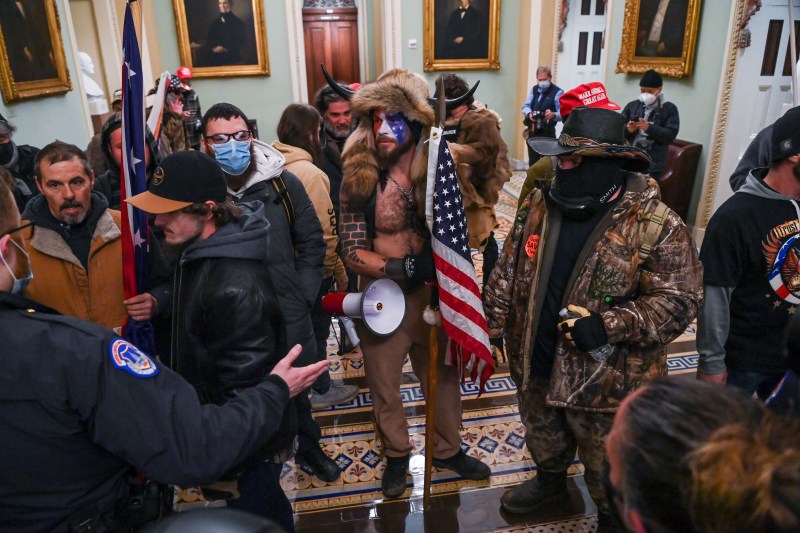 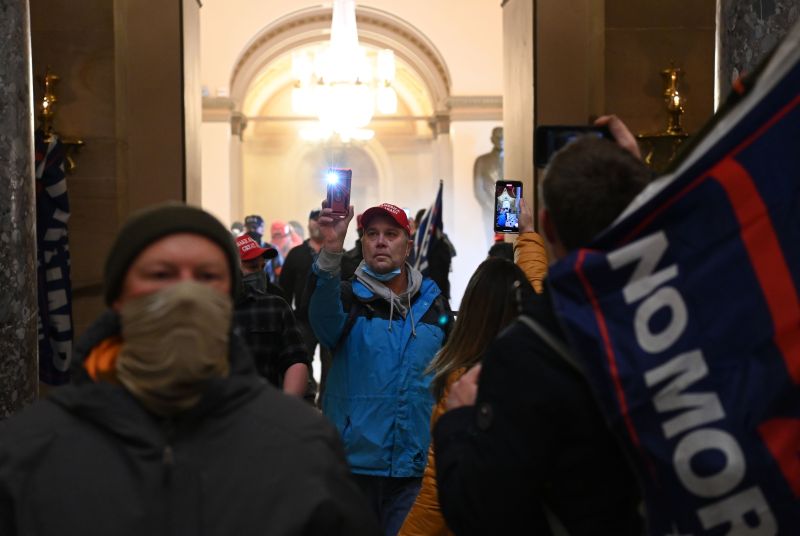 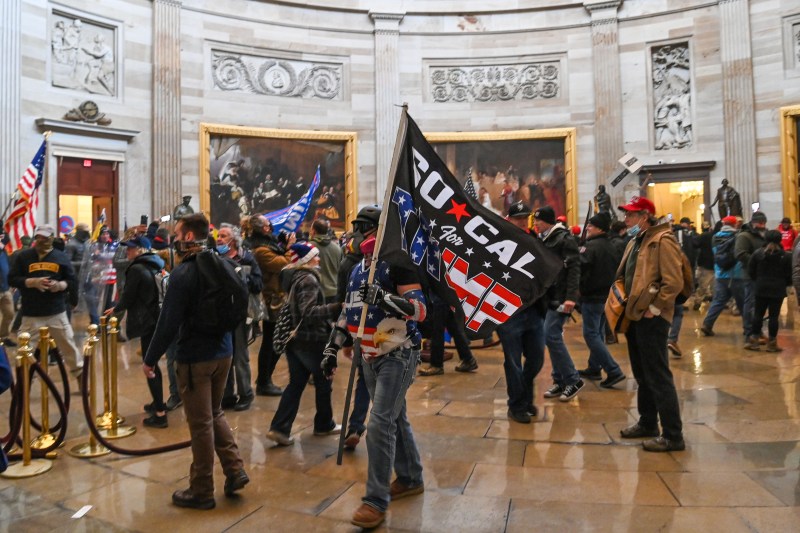 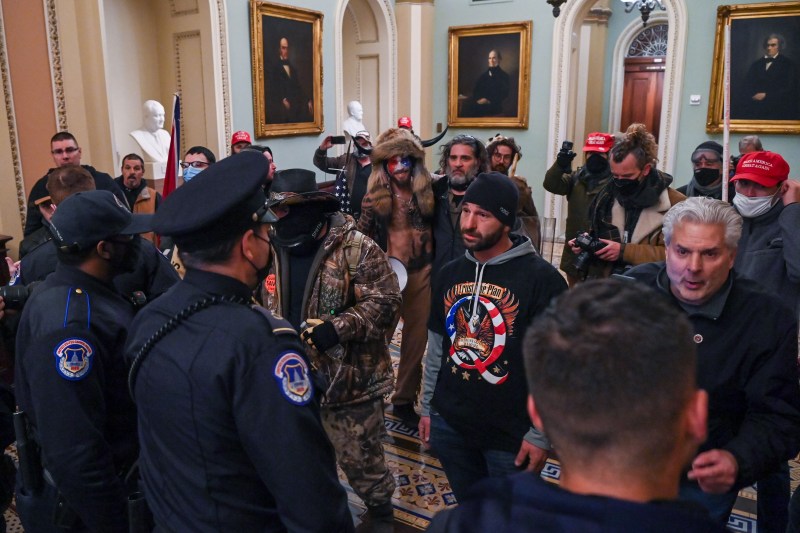 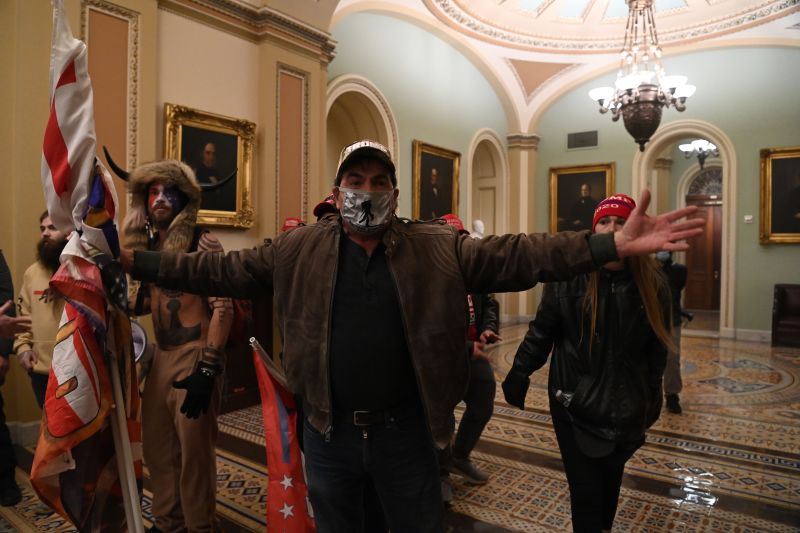 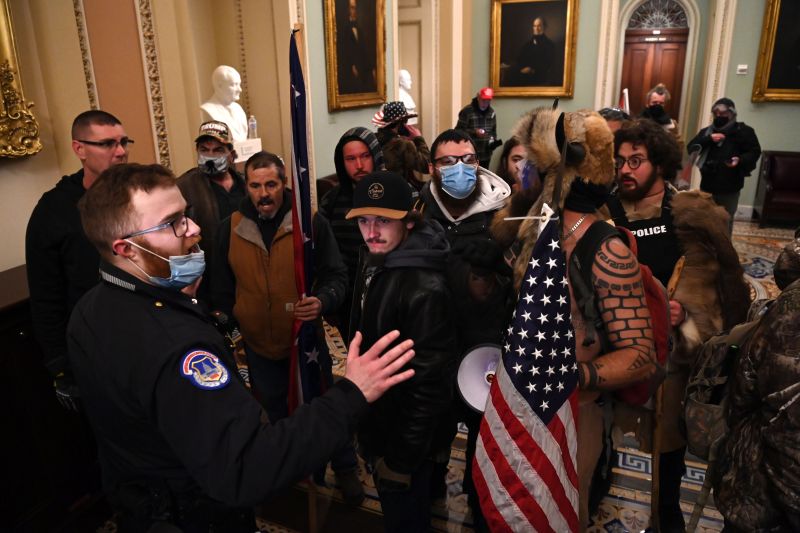 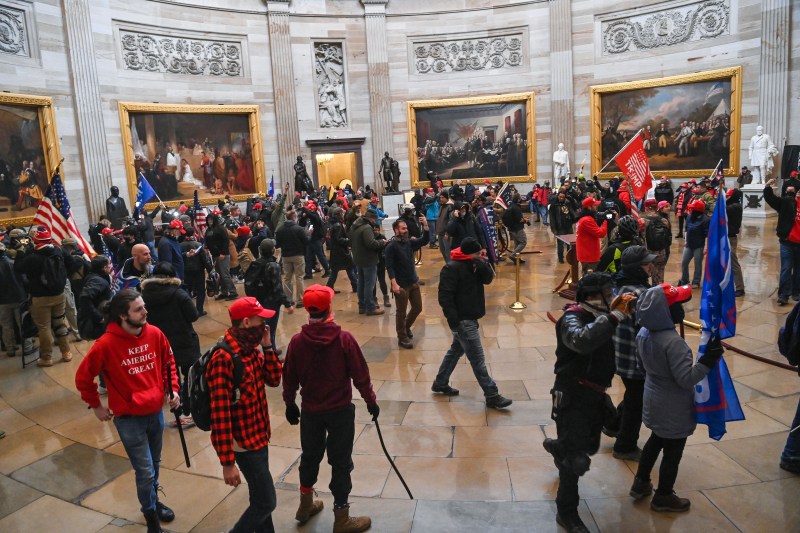 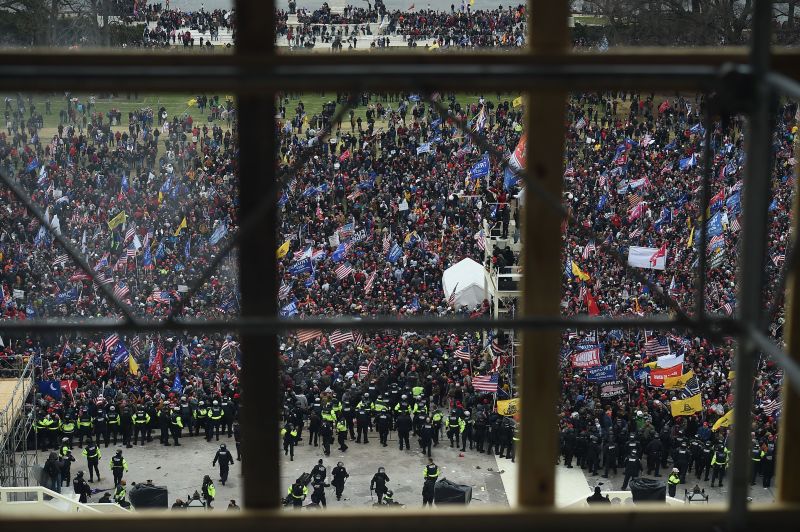 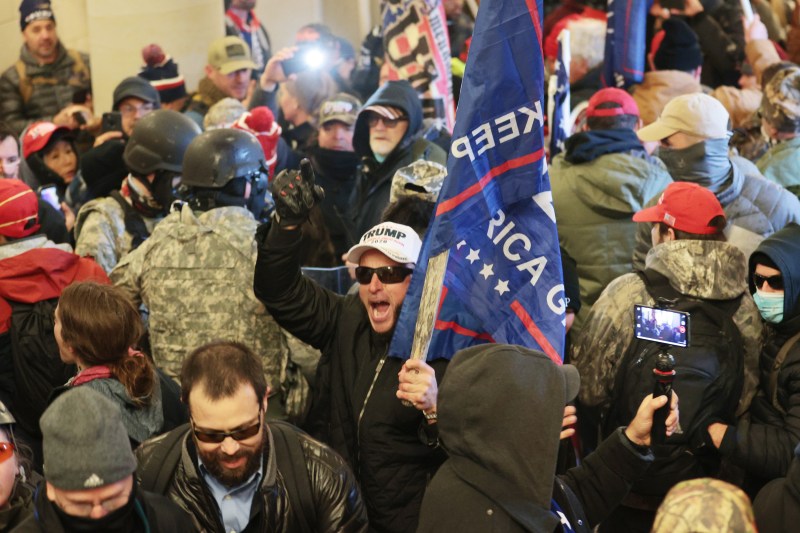 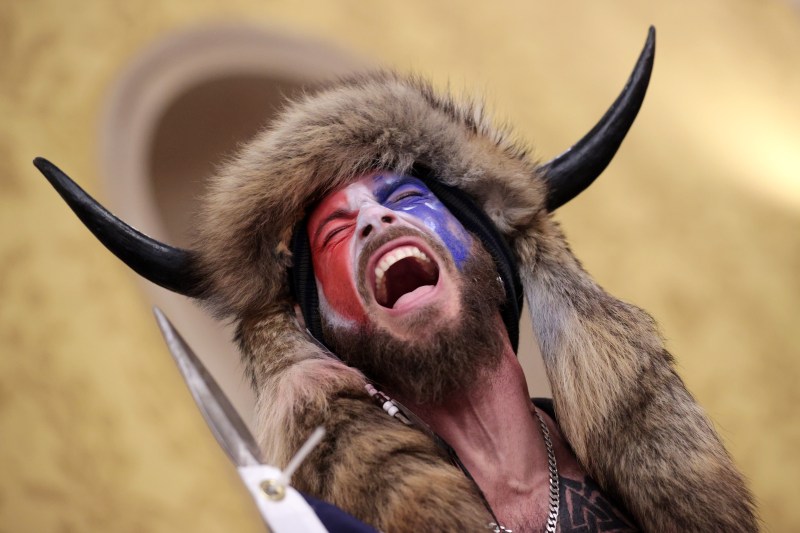 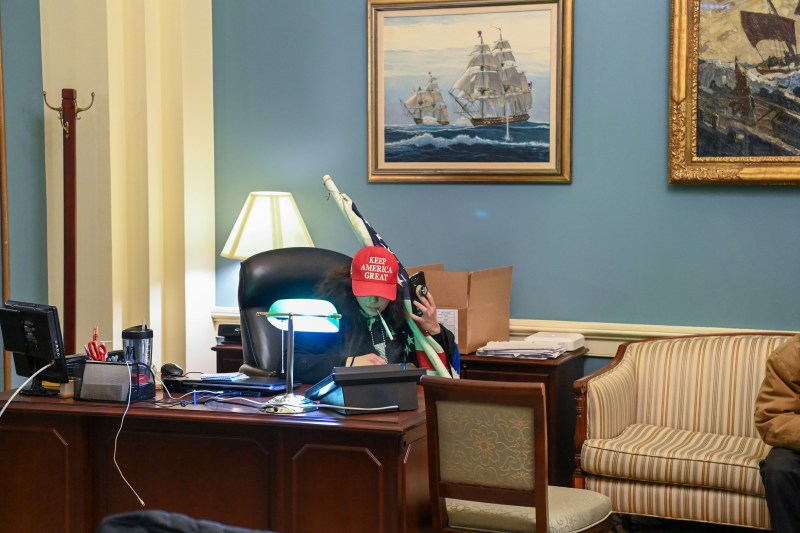 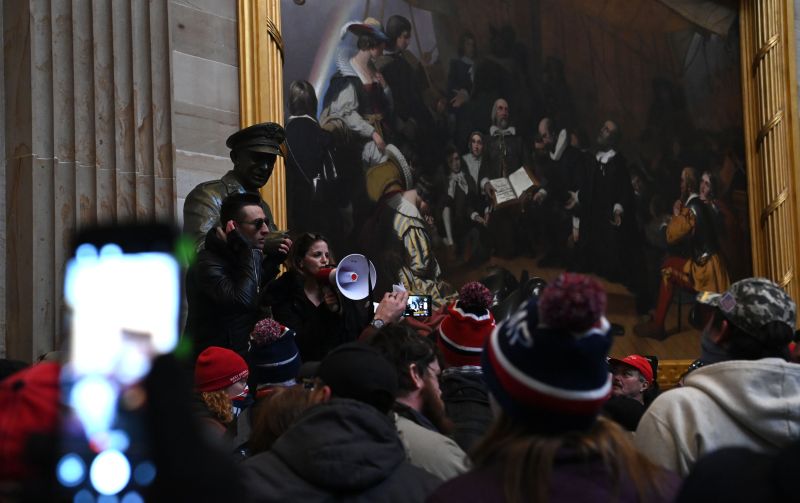 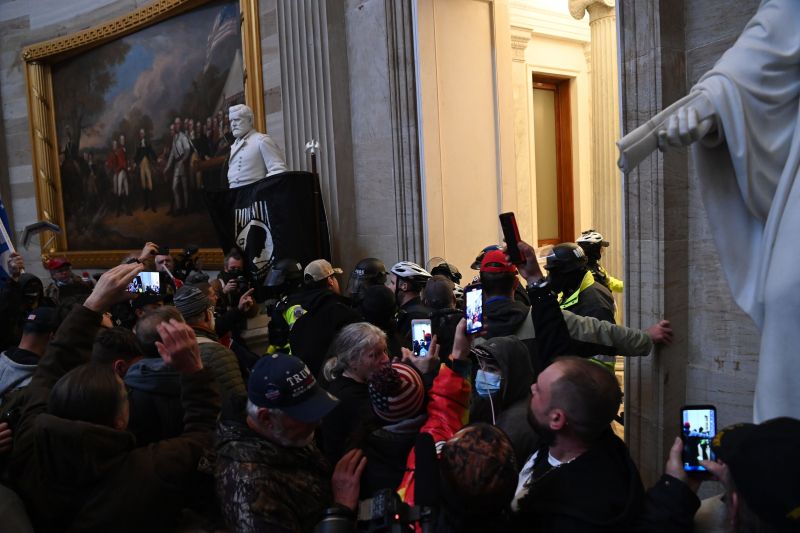 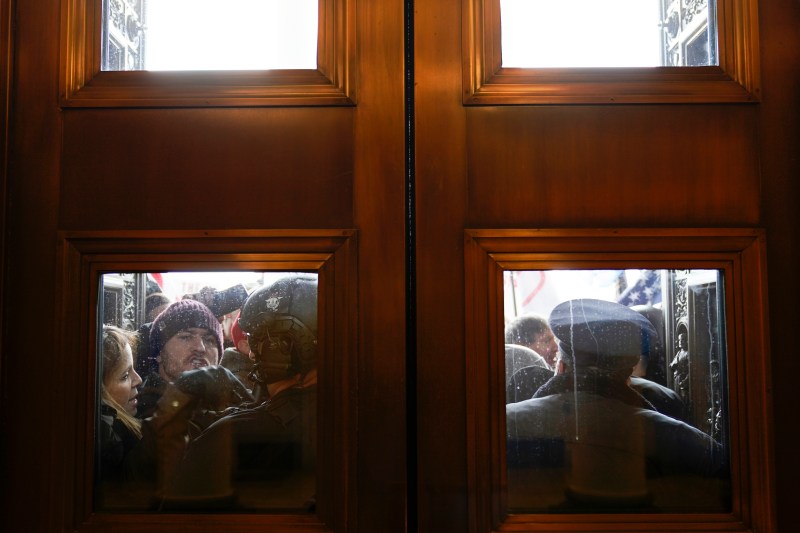 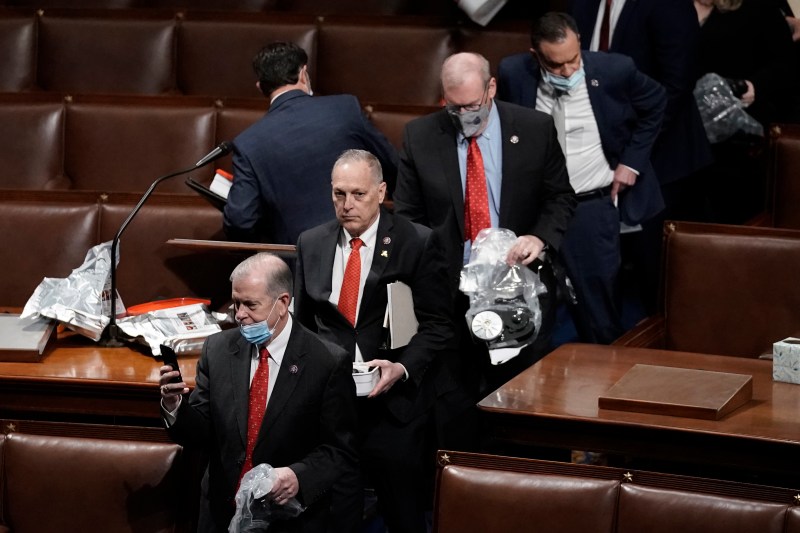 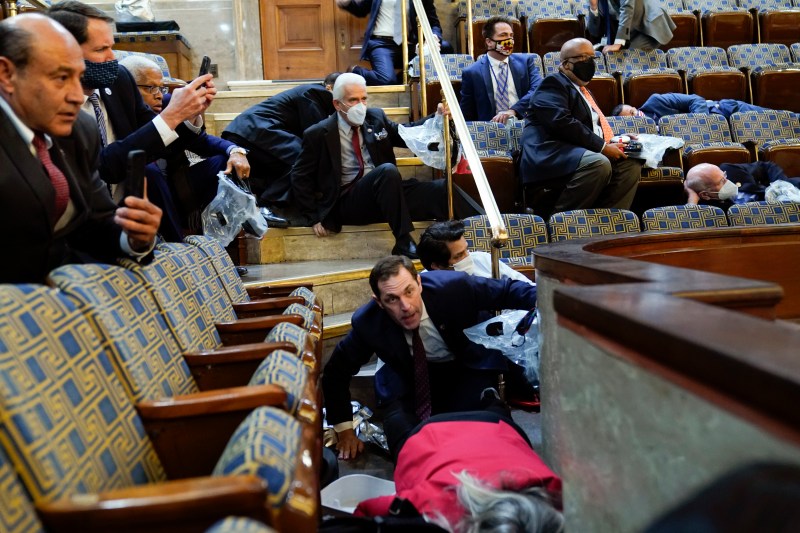 Capitol police stand with guns drawn near a barricaded door as protesters try to break into the House Chamber at the Capitol, Jan. 6, 2021, in Washington.

Trump urged his supporters to come to Washington to protest Congress’ formal approval of Biden’s win. Several Republican lawmakers have backed his calls, despite there being no evidence of fraud or wrongdoing in the election.

Protesters entered the Senate chamber. One got up on the dais and yelled “Trump won that election.”

Several dozen roamed through the halls, yelling, “Where are they?”

Download our NBC Washington app for iOS or Android to get alerts for local breaking news and weather.

Some were also in the visitors’ galleries.

The Capitol locked down with lawmakers inside as violent clashes broke out between supporters of Trump and police. Lawmakers inside the House chamber were told to put on gas masks as tear gas was fired in the Rotunda.

Protesters tore down metal barricades at the bottom of the Capitol’s steps and were met by officers in riot gear. Some tried to push past the officers who held shields and officers could be seen firing pepper spray into the crowd to keep them back.

All U.S. Capitol Complex buildings were locked down, with no entry or exit permitted.

U.S. Capitol Police warned staff of “a security threat inside the building.” People inside were warned to move into offices and lock doors and windows.

“If you are outside, seek cover,” another warning said.

D.C. will be under a curfew Wednesday starting at 6 p.m., Mayor Muriel Bowser announced.

On Capitol Hill, evacuations previously were ordered at the Cannon House Office Building and Library of Congress’ Madison building within half an hour of Trump ending his address.

Download our NBC Washington app for iOS or Android to get alerts for local breaking news and weather.

Multiple groups of protesters were set to convene around the U.S. Capitol and National Mall as Congress meets to count states’ electoral votes and reaffirm that Joe Biden has been elected the next U.S. president.

(CNN)Supporters of President Donald Trump have breached the US Capitol as lawmakers attempted to count the Electoral College votes certifying President-elect Joe Biden’s win, and an armed standoff is taking place outside the House of Representatives.

Shortly after 1 p.m. ET hundreds of pro-Trump protesters pushed through barriers set up along the perimeter of the Capitol, where they tussled with officers in full riot gear, some calling the officers “traitors” for doing their jobs. About 90 minutes later, police said demonstrators got into the building and the doors to the House and Senate were being locked. Shortly after, the House floor was evacuated by police.
An armed standoff was taking place at the House front door as of 3 p.m. ET, and police officers had their guns drawn at someone who is trying to breach it. A Trump supporter was also pictured standing at the Senate dais.
Vice President Mike Pence was also evacuated from Capitol, where he was to perform his role in the counting of electoral votes.

Video from inside the Capitol showed Trump supporters marching through Statuary Hall. The US Capitol Police is asking for additional law enforcement for assistance, including federal authorities, per a source familiar.
The source says there are several suspicious devices outside the Capitol building.
The Capitol police officer in the House chamber told lawmakers that they may need to duck under their chairs and informed lawmakers that protesters were in the building’s Rotunda.
While the White House refused to comment on the protests, Trump said on Twitter, “Please support our Capitol Police and Law Enforcement. They are truly on the side of our Country. Stay peaceful!”
The protesters have breached exterior security barriers, and video footage shows protesters gathering and some clashing with police near the Capitol building. CNN’s team on the ground saw a number of protestors trying to go up the side of the Capitol building. Several loud flash bangs have been heard.
Protesters could be seen pushing against metal fences and police using the fences to push protesters back, while other officers reached over the top to club people trying to cross their lines.
Flash bangs could be heard near the steps of the Capitol as smoke filled the air. In some instances officers could be seen deploying pepper spray. Tear gas has been deployed, but it’s not clear whether by protesters or police, and people wiped tears from their eyes while coughing.
Washington Mayor Muriel Bowser just announced a citywide curfew from 6 p.m. ET on Wednesday until 6 a.m. ET Thursday.
Federal and local law enforcement are responding to reports of possible pipe bombs in multiple locations in Washington DC, according to a federal law enforcement official. It’s unclear if the devices are real or a hoax, but they’re being treated as real.
This is a breaking story and will be updated. 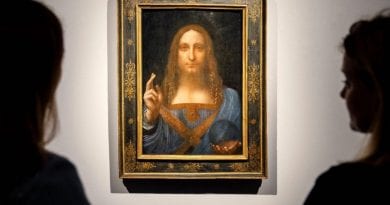 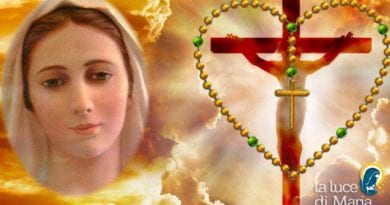 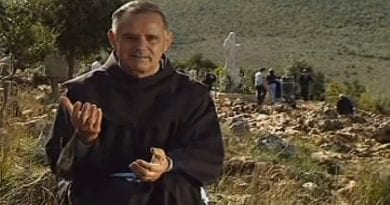 May 28, 2019May 28, 2019 stephen ryan
Catholic Reflections Live the Message Spirituality

FAIR OAKS (CBS13) — A series of startling booms are being reported in north-eastern Sacramento County. Residents say they’ve been hearing