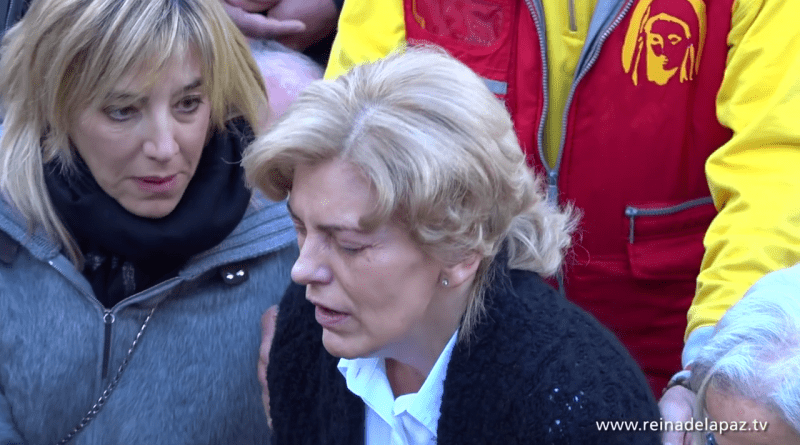 Jakov Colo
Jakov Colo also received all ten secrets
Later Jakov explained that the Virgin Mary had shown him the visible results of one of the secrets.
It was 16 years after Jakov received his tenth and last secret, September 12, 1998. An event that also meant the end of his daily appearances.
The same day he reported how the Virgin Mary had looked at him while she was showing him the secret: “While he was entrusting me with the tenth secret, She was very sad.”

While today the visionaries usually refuse to answer detailed questions about secrets, they were more explicit in the early 1980s. Most of the details can be found in a book-interview written by the late Franciscan priest P. Janko Bubalo.

During the early ’80s he served as a confessor to Vicka and while Fr. Janko does most of the conversation in the following sequence, two points are noteworthy:

P. Janko was present and saw the spontaneous reactions of the visionaries during the apparitions when they received a series of secrets. 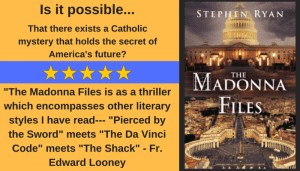 P. Janko: “It is interesting that, both last year and this year, I took note of how you were sad and strange on both occasions at the revelation of secrets”.

PAIN AND TEARS ON THE FACES OF THE VISIONARIES

P. Janko: “It was November 29, 1982. (…) During the time of the meeting, I noticed two different states of mind in you seers. You were smiling and with bright eyes as usual, even if you were seriously ill at the time. Marija also had eyes that shined. But on the faces of Ivanka and Jakov it seemed as if they were experiencing something painful. I noticed a kind of spasm on Ivanka, as if she were about to cry “.

Vicka: “At that time, the Virgin gave them the ninth secret and did not give it to Marija and me.” P. Janko: “Well, I heard it even then. I then asked Ivanka if Our Lady let her glimpse something of the secret. And, almost in tears, he said: ‘I would have died if she had shown it to me!’ “
P. Janko: “I experienced something on the day of the Immaculate Conception. I was with you even then, at your meeting with the Virgin. Once again something interesting happened, that is on that occasion you are normally happy during the meetings, you seemed in some way serious “.

Vicka: “Maybe. At that time, I also received the eighth secret. “
The impressions of Fr. Janko were confirmed by a group of pilgrims who were present when the visionary Marija Pavlovic received her penultimate secret:
“Marija received the ninth secret before our eyes in the Apparition Chapel. She cried gravely, “one of the pilgrims told BBC journalist Mary Craig.
During the war in Bosnia-Herzegovina, in the midst of terrible genocide and war crimes, Vicka’s cousin, Karlo, remembered the reactions of Marija and Vicka in receiving the following secrets.

“Vicka, remember how you cried when you received your seventh, eighth and ninth secrets, and even Marija? If we say that the Virgin did not mention this war right in the secrets, then, what are we waiting for? “
“You just gave the answer to your question,” Vicka replied.

THE TENTH SECRET IS THE GREATEST
BBC reporter Mary Craig also reports an event that took place in the mid-1980s, while a team of French and Italian scientists examined the seers and their apparitions.
During an appearance, she noticed how the visionary Jakov Colo suddenly stopped breathing for 10 seconds.
Jakov Colo
Jakov Colo also received all ten secrets
Later Jakov explained that the Virgin Mary had shown him the visible results of one of the secrets.
It was 16 years after Jakov received his tenth and last secret, September 12, 1998. An event that also meant the end of his daily appearances.
The same day he reported how the Virgin Mary had looked at him while she was showing him the secret: “While he was entrusting me with the tenth secret, She was very sad.”

Selected by the Virgin since 1982 to reveal the secrets of the world one day, Mirjana has also released rather informative interviews about them:
“The eighth secret is worse than the other seven. I prayed for a long time that it could be less serious. Every day when the Madonna was tormented, asking that it be mitigated. Then she said that everyone should pray to be reduced, “Mirjana told the Franciscan priest Fr Tomislav Vlasic on January 10, 1983, sixteen days after receiving the tenth secret that ended his daily appearances.

PRAYER AND FAST CAN DECREASE THE SECRETS
Mirjana has only said that her tenth secret can not be reduced. Others can be reduced, through prayer and fasting first of all. Even through more people that the journey of conversion begins.
In one of the first messages the Virgin Mary also said:
You have forgotten that with prayer and fasting wars can also be removed and even the natural laws suspended (July 21, 1982)
It all depends on individual conversion. For each individual, but also on a global scale:
The only word I wish to say to the world is this: conversion, conversion. Let it be known to all my children. I only ask for a conversion. No pain, no suffering is too much for me, just to save you. I only beg you to convert yourselves. I will pray my Son Jesus not to punish the world, but I beg you: be convertedv – the Virgin Mary (April 25, 1983)
The message continues: prayer, fasting and penance are at the center:
You can not imagine what will happen, nor what God the Father will send to the world. For this I repeat: convert. Give up everything. Do penance. Here, here is all I want to tell you: convert. Bring my thanks to all my children who have prayed and fasted. I present everything to my divine Son to obtain that He mitigates his justice against sinful humanity (April 25, 1983)

TOO LATE FOR MANY WHEN THE SECRETS WILL HAVE

Ivanka Ivankovic
Ivanka, the most reserved among the visionaries, knows the future events in detail. She wrote three notebooks that will have to make public when the Madonna decides it.
A few years later, once again, the Virgin Mary spoke of secrets, establishing a sort of ultimatum saying “it will be too late” to convert when the secrets are revealed. The conversion requires a whole life and so the Virgin Mary begs everyone to make good use of this time which, on many occasions, has defined “a time of grace” and also “the time of grace”.

The time of conversion is now:
Here are secrets, my children. We do not know what it is; but when it comes to know, it will be to late. Return to prayer. Nothing is more important than it. I would like the Lord to allow me to clarify the secrets at least in part; but there are already too many graces that it offers you. Think of what you offer to Him. When did you last give up something for the Lord? I do not want to scold you further. Instead, I would like to invite you once again to prayer, fasting, and penance. (January 28, 1987)

“There has never been an era like this, never before has God been respected less and dishonoured than now, never before have so few prayed. Everything seems to be more important than God. That’s why I cry so much” Mirjana said in an October 1985 interview.

“The number of unbelievers is getting bigger and bigger. In their commitment to a better life for these people, God himself is superfluous and unnecessary. This is why I feel deeply sorry for them and for the world. They have no idea what awaits them. If they could just take a little peek at these secrets, if they could see, they would convert in time. Yet Our Lady gave us ten secrets of God. They can still convert. Certainly, God always forgives those who sincerely convert, “continued Mirjana.

“Our Lady said that all people should prepare spiritually, be ready and do not panic, be reconciled in their soul. They should be ready for the worst, as if they were to die tomorrow. They should accept God now so they will not be afraid. They should accept God and everything else. Nobody agrees to die easily, but they can be at peace in their souls if they are believers. If they engage in God, He always accepts them, “Mirjana told Father Tomislav Vlasic on January 10, 1983.
“Does this mean total conversion and abandonment in God?”
“Yes”, Mirjana confirmed.
While the last secrets will be dramatic, moreover, the Virgin Mary has also prophesied that a new and better world will be born of secrets.
Announced by the Virgin Mary as the Triumph of the Immaculate Heart, this new way of life on earth will crown her apparitions in what she foretold will be an era of peace. 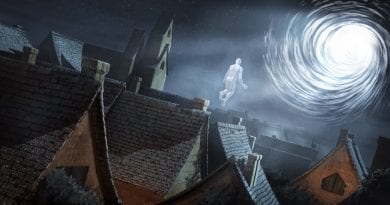 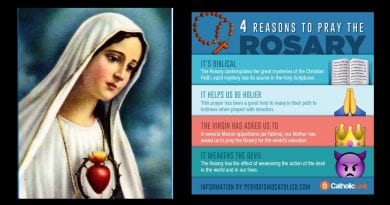 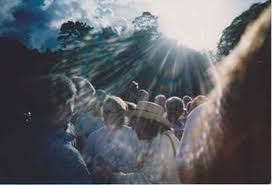 Originally Published at Catholic Exchange FR. GABRIELE AMORTH Heaven, the Kingdom of Love I wish to include some basic notions