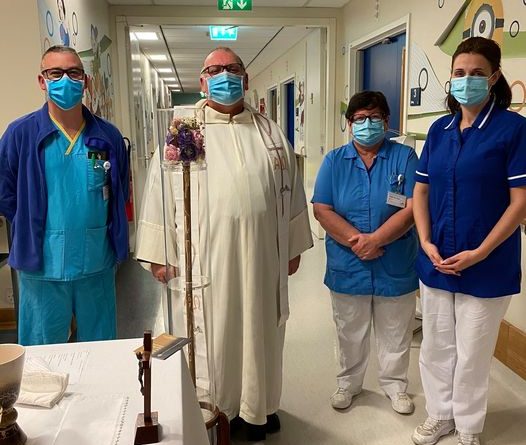 The seventh kontakion of the Akathistos opens Joseph’s boldest act of saving the Infant Jesus who had come to save the world from the destructive malice of Herod. The wondrous Joseph, not only did not question the angel that commanded [him] to flee into Egypt but, being a man of faith, like a new Abraham, ever ready for obedience, giving no thought to the rigors of the journey, nor considering the time of return, [he] did straightway take [himself] to Egypt with Mary and the Babe.

Due to his extraordinary faith the following ikos hails Joseph as the new Joseph, greater than the patriarch of old, who saved the people of Egypt from famine. This is so because Joseph saved from death the Savior of the world and offered unto the people of Egypt, who were starving amidst the famine of godlessness, the Bread of Life. Joseph is the one who sowed the seed of eternal life, whence a wondrous harvest sprang forth in the deserts of Egypt. Hence, Joseph is the one who joyfully endured sorrows and labors on the way, for Christ’s sake. He is the guardian of the infant Jesus who once guided Israel in the wilderness with the pillar of fire and a cloud. Joseph is the nourisher of Him that sustained His people with manna. He bore in your arms the Creator and Sustainer of all creation. He saved from the malice of Herod Him that once saved the people of God from the bitter bondage to Pharaoh. Joseph showed forth for Egypt the grace of adoption instead of slavery. Moreover, Joseph the righteous, is always as ever ready helper and intercessor for our souls!

The eight kontakion recalls the fearsome wonder[s] connected with the Infant Christ, true God and true Man. These are: in Jesus, God was born in the flesh, as was foretold, and laid in a manger as a babe; the Virgin Mother; the angels giving glory and the circumcision; the coming of the Magi from the East to worship Him with gifts; the flight from Herod’s madness into Egypt; the salvation of all and the Light of the Gentiles; and the sword in the heart of her that gave Him birth, as Simeon said.

The eight ikos defines Joseph as the one who dedicated [himself] entirely to God Who called forth His son from Egypt through His angel. Joseph followed His command and made [his] abode with Jesus and His Mother in Nazareth, that it might be fulfilled which was spoken by the prophet concerning Him: He shall be called a Nazarene.

Hence, St Joseph is the one who worked in harmony with the will of God! He took part in the divine economy. Joseph is the one who ever converse with the angels. He was entirely dedicated on earth to the depths of the mysteries of Heaven. Joseph listened to the prophets’ prophecies concerning Jesus. Like Mary, he reverently kept all these in the depths in [his] heart. For all this, the righteous Joseph is a ready helper and intercessor for our souls!

The ninth kontakion acknowledges something really special about Joseph. It says that while every generation of Heaven, earth and the parts beneath the earth bow down at the name of Jesus it also bows down to the wondrous Joseph. To him was the Child Jesus obedient as to His father. In Joseph we are marveled at the Lord’s great condescension toward Joseph!

In front of such a great wonder of God’s condescension toward Joseph the ninth ikos openly admits that the most eloquent of orators are at a loss as to how to praise … fittingly … [the] righteous Joseph. Even Mary, the Mother of God, the Queen of Heaven and the earth, called [Joseph] her lord. Then, the incarnate Son of God called [Joseph] father. Joseph’s earthly home was a habitation of heavenly sanctity, for therein dwelt the King of Heaven and of earth.

Adorned with these graces Joseph emerges as the chosen of God, who preserved the tabernacle of heavenly sanctity, the wondrous carpenter, in whose home the Creator of Heaven and earth made His abode, the nourisher and guardian of the Child Jesus, Who, as God bestowed existence upon all creatures and takes thought for all the world, visible and invisible. Let us not forget that on earth [Joseph] were accounted worthy to behold the Son of God face-to-face, to hold Him in [his] arms and to kiss Him! And even after [his] departure into the heavenly mansions [Joseph] continually bless[es] the King of glory and glorify Him with the Father and the Holy Spirit, in the light of his countenance. For all these graces given to him by the Most High, the righteous Joseph is ready helper and intercessor for our souls.

Its tenth ikos rightly extols Joseph [the] righteous as a mighty rampart for all who have recourse to your intercession. We are fully confident that Joseph will never disdain even us who flee to [his] assistance, and, amidst the storms of temptations, misfortunes and sorrows of life. That is why we cry aloud to him as we acknowledge him as :Our ready helper amid dangers and want!

For us, who entrust in his powerful intercession, Joseph is the mighty intercessor for us before God. He is our steadfast hope amid the tempest of turmoil and doubt. Joseph is the speedy deliverance from the slanders of men. He is the nourisher of Him, Who sustains all by the word of His power. Moreover, Joseph  is the one who deliver[s] us from spiritual famine and from every tribulation. For all this we cry: O righteous Joseph, ready helper and intercessor for our souls!

The eleventh kontakion sees Joseph as the saint who moves us to repent from our sins and sing to him a most compunctionate hymn. By being divinely wise, we entreat Joseph to help us, as Church, thanks to his mediation  before the Lord Christ, to preserve us from every assault by enemies, visible and invisible; protect our native lands from all sedition, that, leading a peaceful and tranquil life.

In the perspective, Joseph is wise because in the Temple [he beheld] the twelve-year old Child Jesus, the light-bestowing Beacon which has appeared to those in the darkness of ignorance, granting the light of true knowledge unto the teachers of the Law of God, and revealing the mystery of His great service in accordance with the design of the heavenly Father. Here, Joseph emerges as the faithful keeper of the Law of [his] fathers. Himself being a zealous in keeping the Law, [Joseph did] also lead the Child Jesus to the house of the heavenly Father. And when the Child Jesus remained in Jerusalem, paternally Joseph did grieve with His Mother, thinking that He was with friends. Joseph did seek Him among friends and relatives and, not finding Him, did return to Jerusalem where, after three days, [he] did discover Him in the Temple, sitting among the teachers, listening to them and questioning them. Furthermore, Joseph did hear the revelation of mysteries when the Child Jesus said: Did you not know that I must be about My Father’s business? Joseph beheld and [was] witness that Jesus increased in wisdom and stature, and in favor with God and man. For all these reasons, the righteous Joseph is ready helper and intercessor for our souls! 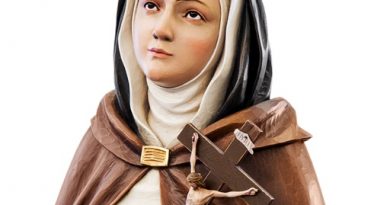 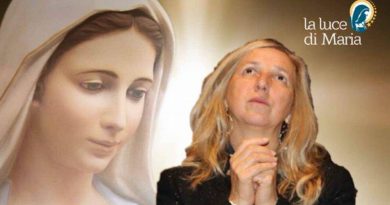 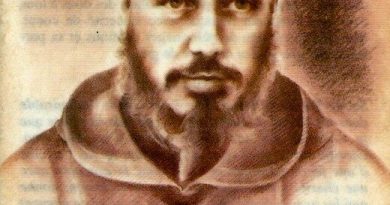 Medjugorje Today October 6, 2021 Vicka Warns: “The excuses offered by non-believers are not valid….God will not intervene directly, woe to those who wait.”