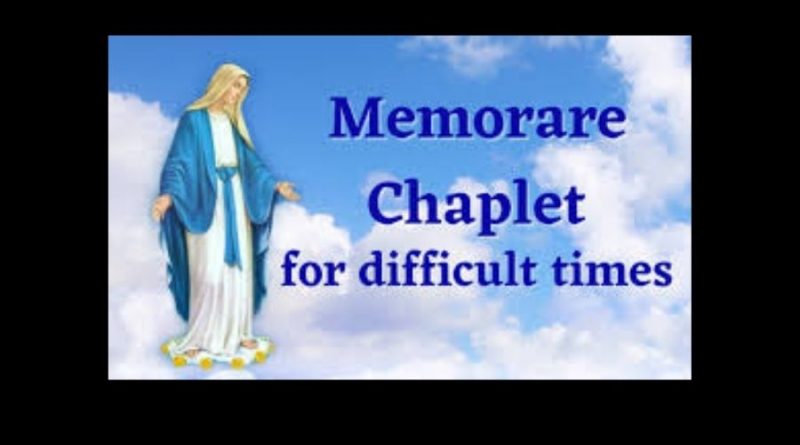 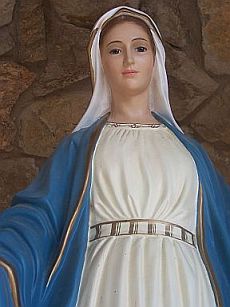 Do you ever feel like you could use some help approaching God in your prayers? The Memorare is a prayer that reminds us that we have a wonderful advocate and protector in the mother of our Lord, the Blessed Virgin Mary, pictured at right.

In our prayers to her we honor and worship her Son, who is more than happy to listen to His mother’s pleas on our behalf.

The Memorare, printed below, invites us to ask the Blessed Mother for her assistance and her grace, especially when we feel most troubled in our daily lives.

REMEMBER, O most gracious Virgin Mary, that never was it known that anyone who fled to thy protection, implored thy help, or sought thy intercession was left unaided. Inspired with this confidence, I fly to thee, O Virgin of virgins, my Mother; to thee do I come; before thee I stand, sinful and sorrowful. O Mother of the Word Incarnate, despise not my petitions, but in thy mercy hear and answer me. Amen.

The actual author of the Memorare is unknown. It has been traditionally attributed to the abbot St. Bernard of Clairvaux from the 12th century. This is possibly because it was championed by another Bernard, the French priest Claude Bernard, who used it extensively in his ministry to the poor and to prisoners (including some quite hardened criminals!) in the 17th century.

Claude Bernard credited reciting the Memorare with curing him of a serious illness. He had some 200,000 copies of the prayer printed up and distributed in leaflets in various languages during his lifetime. (This was no small feat in the days before desktop publishing, Kinko’s and the Internet!)

Church teaching holds that Mary is the Mother of the Church and our mother as well “in the order of grace” (that is to say, spiritually) as we read in the Catechism of the Catholic Church (CCC 969).

Upon her death and assumption into heaven, “God chose her to be the treasurer, the administrator and the dispenser of all his graces, so that all his graces and gifts pass through her hands,” according to St. Louis De Montfort, the celebrated 18th century French priest best known as a champion of devotion to Mary.

Mary’s wonderful role in assisting in our salvation has been praised by many Saints and Church fathers alike over the centuries. St. Lawrence Justinian summed up the feelings of many of them when he once referred to the Blessed Mother as “the ladder of paradise, the gate of heaven, the most true mediatrix between God and man.”

Do you have a particular problem you feel you can’t share with our Creator? Or perhaps you think he’s too busy? He’s never too busy to hear a sincere request for His aid and guidance. (Indeed, he’s never too busy for any of us, period!) Still, we are always welcome to ask His mother to help us. In fact this delights our Lord!

As De Montfort once put it, by asking Mary to approach Him for us “we are practicing humility, something which always gladdens the heart of God!” (St. Francis de Sales once wrote in this regard that “God so loves humility that He instantly hastens to the soul in which he sees it.”)

Keep in mind again that when we pray to Mary we also pray through her to her Divine Son, Jesus! And she is happy to pray for us and to intercede with Him on our behalf. You’ve probably asked a friend or colleague to pray for you sometimes. Why not ask the Blessed Mother as well? After all, in the Hail Mary we ask for her to “pray for us sinners, now and at the hour of our death.”

As long as we approach her with a sincere desire to do God’s will and to make amends for our sins, we can ask for her help with confidence. (And, after all, does it ever hurt to get on the good side of a loved one’s mother?)

When our Lord said to St. John when He was on the cross “Behold Thy Mother” (John 19:27) His mother became ours as well, as mentioned earlier! Don’t be afraid to ask our Blessed Mother for her assistance (or to show her your love!) by praying the Memorare, the Rosary, or many other fine prayers and devotions to her. 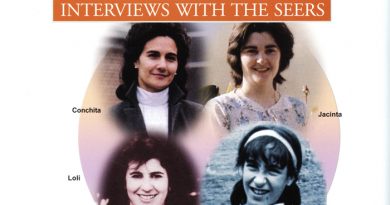 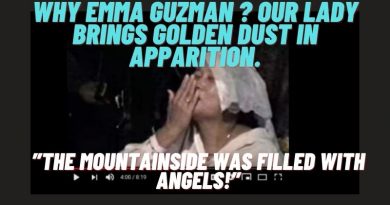 Medjugorje Today: The Permanent Sign Will Convert the Church to Recognize Our Lady at Medjugorje… One Seer will still have daily apparitions