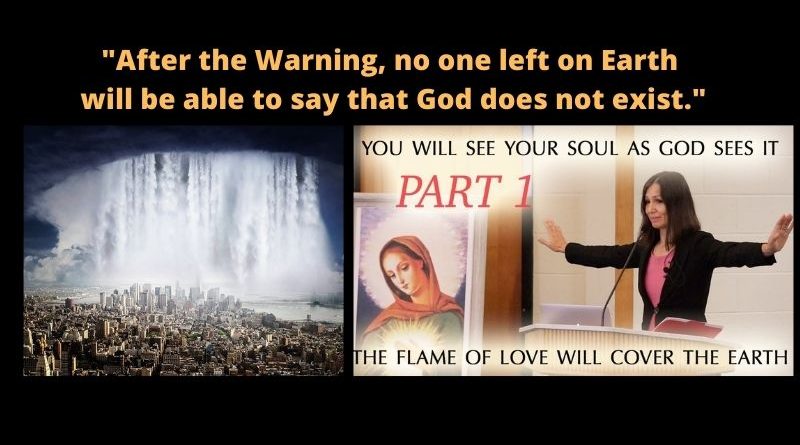 Fascinating, edifying, and sometimes shocking words from heaven regarding the future of human life and our planet. See https://direction-for-our-times-usa.m…​ For the Flame of Love book, see https://amzn.to/34Dk0Ba​. For the Flame of Love audiobook, see https://queenofpeacemedia.com/product…​ Important Videos for Our Times That Everyone Must Watch. The Church needs to Wake Up to what is really going on in our world:

Fr. Michel claims the Father in Heaven speaks to him since he was very young. He has had visions of the near future. He speaks of the Warning, the Day of Miraculous signs, the One World Order, Nuclear events, North Korea and Iran, and of President Trump. He claims some kind of events would start in the fall of 2020. (The Fraudulent elections)

“The Father told me that the twenty-first century is His century. After the Warning, no one left on Earth will be able to say that God does not exist. When the Warning comes, everyone will recognize Christ, and they will also recognize His Body, and the body of Christ is the Catholic Church. They will know that they have to come back to Him in the way that (he) will show them. Priests will also be there to welcome them. We will not be there to judge them. At that point, everyone will want to serve the Lord. Everyone can come back to the Church, together for this time that was chosen by the Father, himself. We will be there to serve the Lord.”

“After the illumination of conscience, (every person on earth will see their sins) humanity will be granted an unparalleled gift: a period of repentance lasting about six and a half weeks when the devil will not have the power to act. This means all human beings will have their complete free will to make a decision for or against the Lord. The devil will not bind our will and fight against us. The first two and a half weeks, in particular, will be extremely important, for the devil will not return at that time, but our habits will, and people will be harder to convert. And all who have received the desire for him, the sense that they need His salvation, will be marked on their forehead with a luminous cross by their guardian angel.”

“There will be a miraculous sign given to the world, sometime after the Warning. It will be in Garabandal, Spain, at the pines where (Mary) first appeared there. At the same time, it will be seen in Medjugorje, which has been promised also. The sign will be able to be seen and projected on the television. This will occur at the beginning of the Tribulation.”

‘When the devil returns after six and a half weeks, he will disseminate a message to the world through the media, cell phones, TV’s, et cetera. The message is this: “A collective illusion happened on this date. Our scientists have analyzed this and found it occurred at the same time that a solar flare from the sun was released into the universe. It was so powerful that it affected the minds of the people on Earth, giving everyone a collective illusion.” “The devil fools us even now through the new priests of the world: Television journalists who want you to think, what they think, so they present only the news that is their opinion. They twist the truth and you are hypnotized, manipulated into believing them….”

“There is a One World Order comprised of people who call themselves the Illuminati and worship Satan. They have puppets now in positions of power in every country, whom they oblige to worship Satan with them.”

“Their second arm is international banking elites, who decide which countries’ money will be devalued, causing bankruptcy, and which currencies will thrive. This is not decided within a country, but outside of it.”

“The third arm of the Illuminati is the three major Satanic cults in the world: the cult of Egypt; the cult of Europe, and the Wicca cult, which is in America. The group that works under them is the Masons. The One World Order is preparing military corps groups in different countries, who will be disciples of Satan, linked directly to them.”

“When the devil’s power returns after the Warning, (after 6 1/2 wks) they will emerge as the One World government. Even now, their military police force is in place, awaiting orders. You have to know that.” 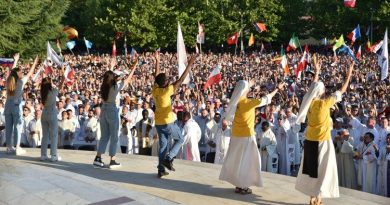 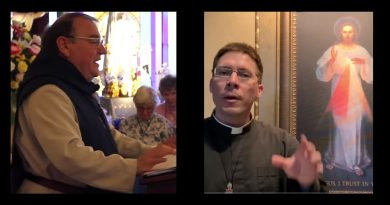 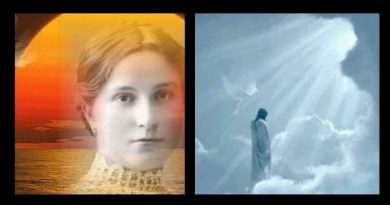 Medjugorje: July 25, 2022 Monthly Message to Marija “I am leading you to my Son, for Him to be the way, the truth and the life for you.”