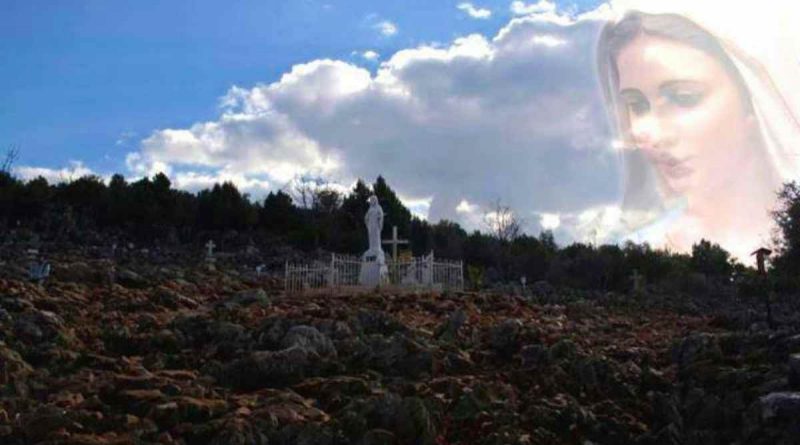 “I had scarcely put my foot down on the hill when everything changed before my eyes. The rocks disappeared. The hill was suddenly covered with the bones and skulls of all the babies I had aborted over forty years. Look at these hands! (Here, she stretched out her hands before the group). Here are the hands which killed an entire city!” She was crying and in the room, the handkerchiefs came out one after another.”

Valentina, 29, comes from the Ukraine. Upon seeing her, you’d believe her to be a “normal,” young girl. However! Her story is far from ordinary! From an atheist background and marked by the hardcore communism of those regions, she grew up in material poverty and spiritual emptiness. One day, she won a “green card,” a sort of American-style lottery, and was given the opportunity to go and live in the United States!

She was only 18 years old, and worked as a hairdresser in the Ukraine. So considering the horrible conditions of her life, she left.

In the beginning, it was very hard – she didn’t speak a word of English. Her work did not fill up her life, and a terrible feeling of emptiness overcame her. She asked herself the questions that the Queen of Peace asked all of us on July 2nd: “Stop for a moment and reflect on yourselves and on the transience of this your earthly life. Then reflect on eternity and the eternal beatitude. What do you want? Which way do you want to set out on?”

In the darkness of her soul, she couldn’t help thinking that there was, perhaps, another dimension to life. So she tried a few tentative words to a celestial Father, to whom her Ukrainian grandmother used to pray, but who was totally unknown to her:

“If you exist, if you are a father, show me!” Through this prayer she received peace in her heart! Her faith was born! It began to increase day by day, and Valentina became a fervent Catholic. One day she met some pilgrims returning from Medjugorje. Their testimonies inspired in her a deep desire to go there, and in 2007 she undertook the trip.

There, her heart was so taken by the presence of Our Lady that she felt strongly moved to make a deal with Her. While praying the rosary at the Statue of the Risen Christ, she realized her mission was to pray for the youth of the Ukraine and Divine Providence would open doors to her as well as hearts. She organized her first pilgrimage in 2008 for all the young people of her parish. She had found her vocation!

She made her way back to her pension, full of happiness, and, on the path encountered a man, a stranger, who said to her point blank, “Please excuse me if what I’m going to say to you seems stupid, but I have to say it to you: I sense that you are called to bring the young people of your homeland here to the Gospa. Also, I have been looking for you to tell you I would like to sponsor this mission!” Valentina could not believe her ears!

She had committed herself to the mission only moments ago at the Risen Christ! Valentina went back to her country to begin her work. responded to the call! Her pure heart, her youth, her determination and especially the anointing of the Holy Spirit which rests on her, opened people’s hearts to her. She dedicated a great deal of time to prayer.

Very quickly, she was drawn to the most poor, and God led her into a medical field, where she found enormous moral poverty. The sick were abandoned. Always with the aid of Divine Providence (she herself had no money), she undertook the creation of hospices where the sick at the end of their life could regain their dignity.

Mother Teresa of Calcutta inspired her in that endeavor. She also proposed to some atheist doctors to come with her, and that is how she turned up one day in June of 2011 with 50 pilgrims from a medical corps, all atheists.

The doctors who came were professional abortionists! Valentina clung to the Gospa, who wants to invite all her children – yes all – to come under her maternal mantle. Among them, a gynecologist in her sixties. Along with the whole group, she climbed Apparition Hill. Little did she know that Valentina had prepared a contingency plan inspired by the Gospa for all her pilgrimages: atheist or not, upon arriving at the top, everyone consecrates himself to the Immaculate Heart of Mary! The gynecologist did this like everyone else.

In the evening she gathered her group together, because she wanted to share something very important. Her throat tightened. She had difficulty talking, she, this big shot who oversaw all the services of her hospital…

“I had scarcely put my foot down on the hill”, she said, “when everything changed before my eyes. The rocks disappeared. The hill was suddenly covered with the bones and skulls of all the babies I had aborted over forty years. Look at these hands! (Here, she stretched out her hands before the group). Here are the hands which killed an entire city!” She was crying and in the room, the handkerchiefs came out one after another. All the abortionists who were present retreated into themselves. For the most part, they would leave changed, converted, dedicated to stopping abortions and to walking with God. Valentina continues her beautiful mission. As of today, 400 abortionist doctors have come under her influence.

The most recent group of 50 left Medjugorje last August 29. She doesn’t make them pay, because she doesn’t want any money from innocent blood to be part of the mix. How does she manage it? Each time it’s a new challenge.

The money comes at the very moment it is needed to finance the pilgrimage of these rich doctors. Since that first time, several hospitals have stopped abortions and the practice of euthanasia. Valentina, and all those who now support her, have one goal: to cleanse all the hospitals of the Ukraine from these deadly practices and to bring down upon them the blessing of God. She wants to give back to the doctors of the medical corps the dignity of their profession.

Today, so many of those hands which killed innocent ones are transformed, and Heaven uses them to protect and promote life! I have never seen the sun spinning at Medjugorje, but this miracle, the whole world can see it! Valentina is convinced that this river of grace will not be limited to the Ukraine. Let us pray for her and her friends, that they may be protected! And let us ask on behalf of all nations for the grace of this burning zeal and living faith which have moved and will move many more mountains! 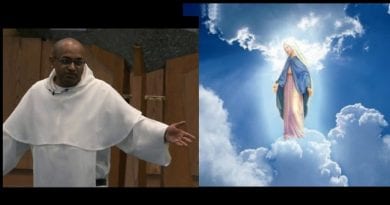 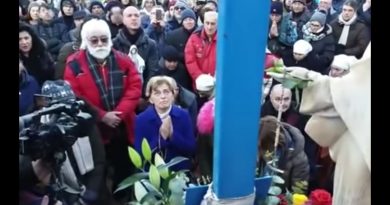 Medjugorje Message, January 25, 1991 “Dear children! Today, like never before, I invite you to prayer. Let your prayer be

Medjugorje visionary Marija says: “And through the message that Gospa gave us, She said that our lives must be like a flower,

Medjugorje: July 25, 2022 Monthly Message to Marija “I am leading you to my Son, for Him to be the way, the truth and the life for you.”

IN HUMANITAS ET WEB / ON 30 JANUARY 2018  Why do I have to recite the Chaplet of Divine Mercy?  Jesus asks