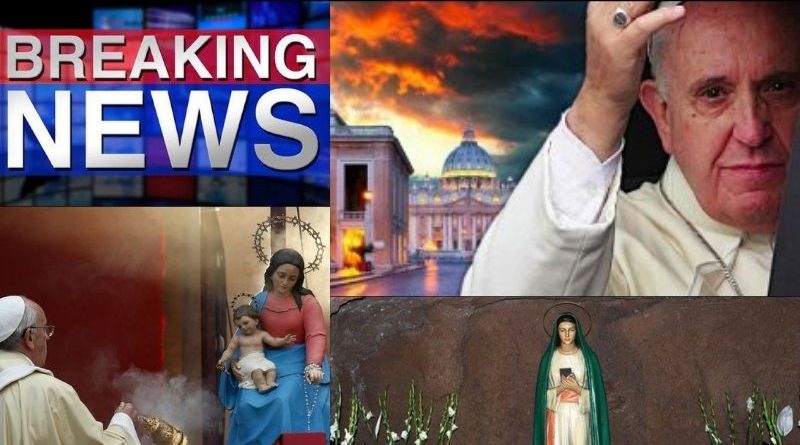 Pope Francis has announced a ‘marathon’ month of prayer throughout May with the aim of ending the Covid-19 pandemic.

The Pope has encouraged Catholics around the world to dedicate next month to praying for the end of the virus which has seen more than three million people die.

The month will involve 30 Marian shrines, which are dedicated to the Virgin Mary, across the globe which will encourage worshippers to pray, reports the official Vatican News website.

‘The initiative will involve all the Shrines of the world in a special way, so that they might encourage the faithful, families, and communities to recite the Rosary to pray for an end to the pandemic,’ the Pontifical Council for Promoting the New Evangelization said in a statement.

The Pope, who has faced criticism over his reluctance to wear a face mask, will open the month of prayer on May 1 with a holy Rosary online broadcast.

For 31 days, the recitation of the Rosary from the various Shrines taking part in the month of prayer will be broadcast by Vatican News with the hope of ending the pandemic.

The global death toll from Covid-19 has surpassed 3 million, with the latest million virus casualties coming in just three months. Meanwhile, the number of cases has soared to more than 141 million.

Pope Francis will close ‘marathon’ month with another specially-broadcast prayer.

The move comes after the Pope marked Easter Sunday with an address with called for vaccines to be shared with poorer countries.

He also said he prays that the Covid-19 lockdown restrictions will be lifted soon.

‘Dear brothers and sisters, once again this year, in various places, many Christians have celebrated Easter under severe restrictions and, at times, without being able to attend liturgical celebrations,’ he said.

‘We pray that those restrictions, as well as all restrictions on freedom of worship and religion worldwide, may be lifted and everyone be allowed to pray and praise God freely.’

Last month, the pontiff marked a second Palm Sunday during the pandemic and warned ‘the Devil is taking advantage of the crisis to sow distrust, desperation and discord’.

The pontiff traditionally leads a Palm Sunday procession through St Peter’s Square in front of tens of thousands of pilgrims and tourists clutching olive branches and braided palms before celebrating an outdoor Mass.

But as the Pope did last spring, just weeks after the Covid-19 outbreak erupted in Italy and the country became the epicentre of the European epidemic, he led the solemn service that begins Holy Week inside St Peter’s Basilica. 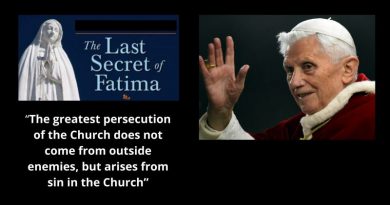 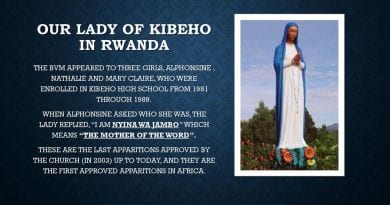 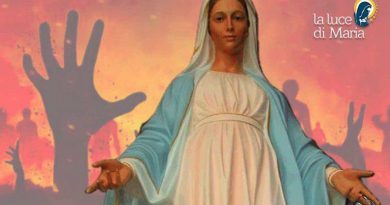 Our Lady says: “I invite you in this time like never before to prepare for the coming of Jesus.” For