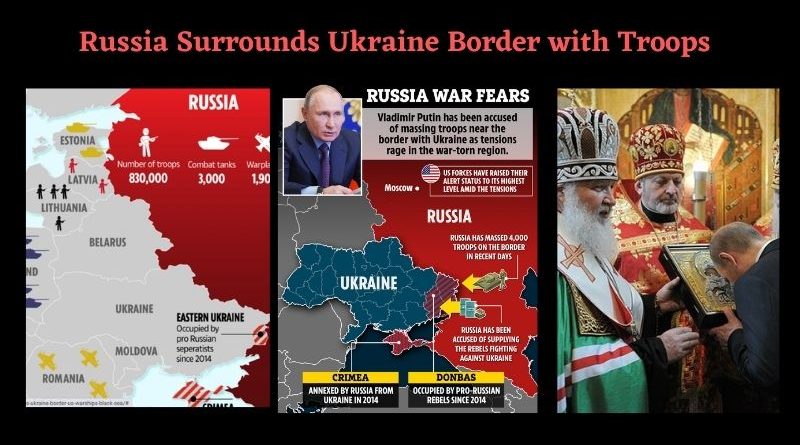 ‘Ready for conflict’: Putin’s threat to the West is laid bare in new footage showing build-up of troops and military convoys on Ukraine’s border as Kiev warns it could be provoked by Russian ‘aggression’

Russian figures have warned that Ukraine could be destroyed as a state in a new war but the West remains unsure about Putin’s exact motives in shifting military hardware and troops several thousand miles from Siberia into the conflict zone.

More than 13,000 have died since Putin annexed Crimea from Ukraine, and sent in troops to back rebels in Donetsk and Luhansk regions of Ukraine.

Some experts believe the vast military movements are simply a warning by Putin to new US president Joe Biden and the West, rather than a sign of an imminent war.

‘Russia is testing everyone’s nerves and declaring its position: It should remain an important player for other countries, both the United States and Ukraine,’ Ruslan Leviev, an analyst with the Conflict Intelligence Team, told The Washington Post.

‘They are trying to show that Russia will not tolerate any sanctions or other actions put in place to pressure them to return Crimea to Ukraine or to change the course of things in Donbas (eastern Ukraine).’ 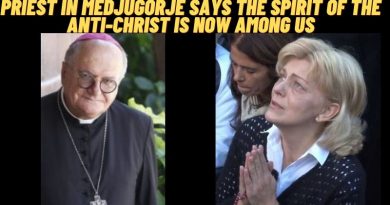 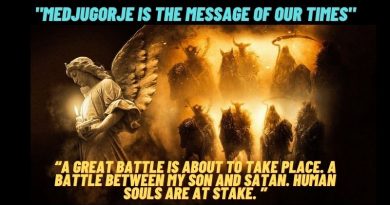 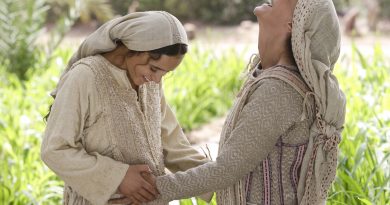 Visitations of Our Lady of Guadalupe

IN PAX ET JUSTITIA /  Some time ago, Vicka went with a dozen friends to the Mariano Sanctuary of Loreto, where “privately”,

Today is Holy Saturday. Today we remember the mourning of Jesus’ disciples over his death. We know that it was