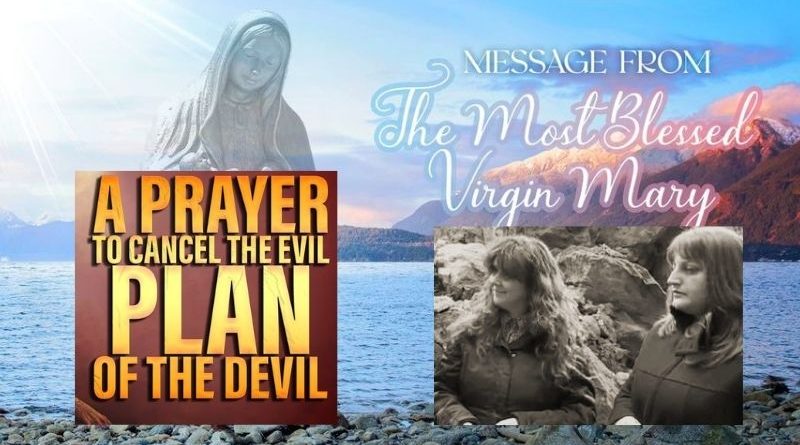 I saw Mother: she was dressed all in white; on her head she had a delicate white veil studded with gold dots and the crown of a queen, on her shoulders a large white mantle with golden edges; the mantle was being held open by many angels. In her right hand Mother had a scepter and in her left a long Holy Rosary that went down to her bare feet, which were placed on the globe. Mother’s dress was white with golden edges and she had a gold belt around her waist. May Jesus Christ be praised…
My dear children, I come to you to bring you love and peace, to take you by the hand and lead you to my Son Jesus. He loves you and awaits you with open arms; He is knocking on the door of your hearts — as a poor man waits for alms, so He waits for a sign of love from you. As a beggar waits with outstretched hand, so He waits for you to stretch out your hand towards Him, allowing yourselves to be taken by the hand and to let yourselves be guided. My children, for how much longer will you persist in walking without Him?
My children, there is no love without Jesus, there is no grace, there is no peace: only in Him can you find true joy. I love you, my children: the Lord is waiting for you to take a step towards Him, He is waiting for you to give Him your hand; He is waiting for you with open arms, but if you my children do not take this step, if you do not invite Him to be part of your lives, He cannot enter into you, cannot change and fill your hearts. Children, the Lord does not enter your life with violence: He waits for you to invite Him to be part of it. I love you, my children, and I ask you to open the doors of your hearts, of your lives to the Lord, and to let yourselves be filled with every grace and blessing. Now I give you my holy blessing. Thank you for having hastened to me.

Oh Lord Jesus, how humble you are!

You love as a madman would love… and yet,

we are the ones who are mad for not accepting your love.
Jesus, I open my heart to You. Jesus, I welcome You.
Jesus, I trust in You.

I am the true beggar, in constant need of your mercy,

Why Simona and Angela?
Visionaries of Our Lady of Zaro

The alleged Marian apparitions in Zaro di Ischia (an island near Naples in Italy) have been ongoing since 1994. The two current visionaries, Simona Patalano and Angela Fabiani, receive messages on the 8th and 26th of each month, and Don Ciro Vespoli, who provides spiritual guidance to them, was himself one of a group of seers during the initial phase of the apparitions, before he became a priest. (It is Don Ciro who, at least until recently, would read out the messages written down by Simona and Angela after they emerged from their supposed ecstasies or “resting in the Spirit—riposo nello Spirito“).

The messages from Our Lady of Zaro may not be well known in the English-speaking world, but a case can be made for treating them seriously on a number of grounds. The first is that the diocesan authorities are actively studying them and in 2014 established an official commission tasked, among other things, with collecting testimonies of healings and other fruits associated with the apparitions. The visionaries and their apparitions, therefore, are therefore subject to intense scrutiny, and to our knowledge, there have been no allegations of malpractice. Don Ciro, himself, has pointed out that he could not have been ordained by Msgr. Filippo Strofaldi, who had been following the apparitions since 1999, had the monsignor judged the apparitions either diabolic or the result of mental illness. A third factor in favor of taking the Zaro apparitions/messages seriously is the clear evidence that in 1995, the visionaries had what appears to have been a precognitive vision (published in the magazine Epoca) of the 2001 destruction of the Twin Towers* in New York. (It was this that attracted the attention of the national press to Zaro). As regards the often sobering content of the messages,** there is a striking convergence between them and other serious sources, with no theological errors. 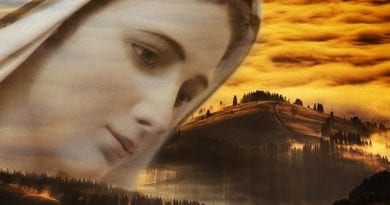 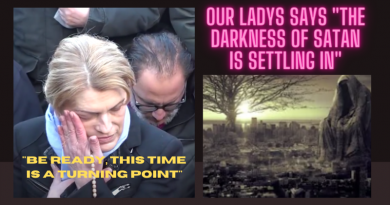 Medjugorje: Our Lady: “Be ready, this time is a turning point” The Darkness of Satan is settling in. 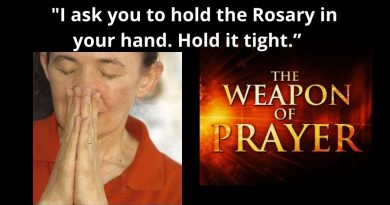 August 21, 2019 Dear children, when love is beginning to disappear on earth, and the way of salvation is not

FOLLOW US ON FACEBOOK When my Son was little, he said to me that my children would be numerous and