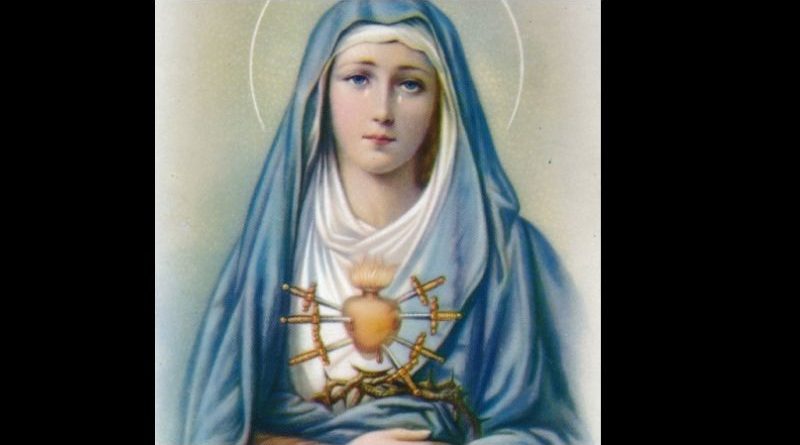 They witnessed this miracle seeing the Virgin’s eyes come to life ..

The face of Our Lady of Sorrows comes to life in the College of Quito in Equador and later also in a reproduction of the same, repeating itself several times in front of thousands of people and also giving many conversions.

The most striking conversion was that of the editor of one of the most famous anti-clerical newspapers (Tiempo). The incredulous journalist had joined the crowd of faithful with the sole intention of mocking the Holy Virgin. However, as soon as he saw her open and close her eyes, he fell to his knees and burst into tears of true repentance. His subsequent way of life demonstrated the sincerity of his conversion.

Another faithful persisted three times to say in front of the painting that he did not believe in the phenomenon, but something continued to force him to return to the church. When for the third time he saw the face of the Virgin of Sorrows close and open his eyes, he too fell to his knees asking forgiveness for his incredulity.

Many people who have witnessed this miracle seeing the Virgin’s eyes come to life, have felt strongly moved by grace and attracted to the practice of virtue. (biscobreak.altervista.org)

Various saintly apparitions have taken place over the centuries. One lesser known apparition, is the Miracle of the Dolorosa Del Colegio in Quito, Ecuador. Compared with other miraculous events, this astonishing marvel happened quite recently. According to the website, Catholic Tradition, in the spring of 1906, a young boy witnessed a picture of the Blessed Virgin Mary move. The picture is called the Mother of Sorrows and it is thought to depict the Mother of God with the crown of thorns and three nails. The child, Jaime Chaves, was finishing his supper at St. Gabriel’s Academy when he had the urge to stare at this picture plastered to a wall only a couple feet away. While he was looking at the image, the Blessed Virgin Mary began to open and close Her eyes. This would go on to last around 15 minutes. Startled, young Jaime reported what he saw to a priest, who did not believe the boy and commanded the child to go pray the rosary. The priest speculated that Jaime imagined Mary’s eyes moving. However, this account would not be the only time someone witnessed the picture come to life.

The Virgin’s eyes opened yet again to a group of boys praying before the holy icon. The relic had been transferred to the chapel, where some students were praying the Rosary. When they got to the Litany of the Blessed Virgin, the boys all noticed that the eyes became animated. This prompted the Bishop to take ownership of the holy image on July 6, 1906. On this day, the miracle happened three times. The third time was the most astonishing. As the bishop was proceeding into the city with the painting, the choir was singing a song about the Virgin Mary. The Holy Mother of God in the picture came to life once again. This time, Her face became fully animated. She opened her eyes, glanced up to Heaven while Her face turned a pale color, and then proceeded to shed two tears. The faithful gathered to watch the processional began to weep at and kneel before the holy sight. When they glanced at the image again, there were two tears imprinted on the Virgin’s face that had not been there before. Numerous individuals were passionately moved by this miracle.

In fact, due to the Miracle of the Dolorosa del Colegio, the Catholic Church grew in number. Many skeptics were turned believers when they witnessed the picture come to life. One such doubter was the head editor of an anti-religious newspaper called the Tiempo. The editor went to go see the picture in hopes of writing about how the miracle was fake. However, as soon as the man laid his eyes on the Virgin Mary, She opened and closed Her eyes. The editor collapsed to his knees and started to weep that he believed. The painting helped him to become close with God.

Now, what would you do if you were able to see the painting become animated? Would you become closer with God? The painting did not come to life for me, but I did get to see a replica of the image in the place where the first miracle occurred. During a visit to Quito, Ecuador, I went to the chapel that holds a replication of the original painting. The chapel is the location of the first miracle with young Jaime. Upon looking at the image in complete silence, I became overwhelmed with a sense of piousness. My faith in God grew stronger that day while glancing at the sorrowful Virgin Mary. The essence of the room was cloaked in a powerful sadness which caused the hair on my arm to stand up. I tried to imagine what it would be like or what my actions would be if I saw the picture come to life. Would I be afraid? Would I crouch down and weep like the numerous individuals years before me? I do not know what I would have done, but I do know that I walked out of that room filled with wonder and awe.

I hope you, too, can feel what I felt in that chapel room. If you get a chance to go to Quito, Ecuador, stop by the San Gabriel Academy chapel and witness where the first miracle occurred. Remember to be silent and look at the two tears on Mary’s face. Hopefully the image will remind you of Jesus and His love for us, but also think, what would you do if you saw the picture move? 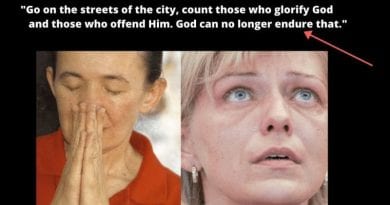 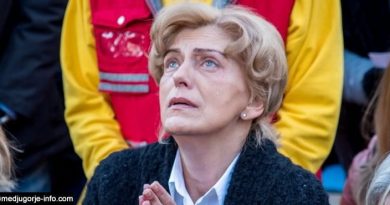 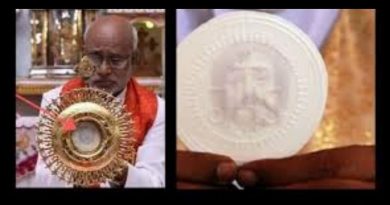 March 25, 2022 – THE ACT OF RUSSIA’S CONSECRATION IS TODAY – IT IS THE DAY OF THE CLASH BETWEEN HELL AND THE VIRGIN: “MY IMMACULATE HEART WILL TRIUMPH!”

Daniel Oconner has received a letter Fr. Michel Rodrigue about a message he received from St. Gabriel the Archangel in