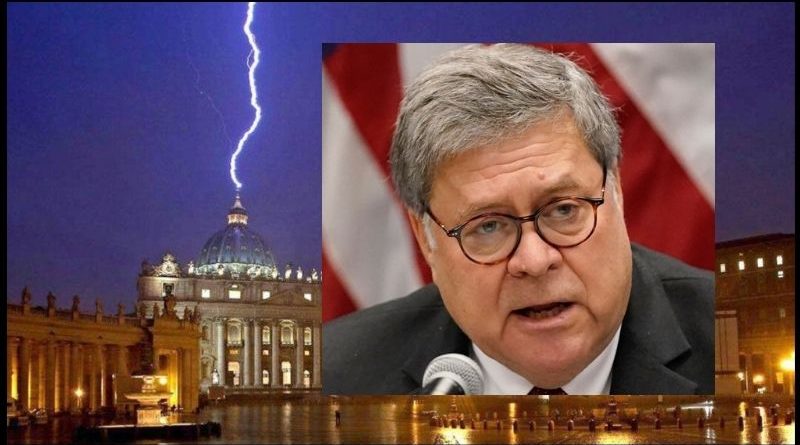 Former Attorney General Bill Barr condemned what he referred to as the “secular progressive orthodoxy through government-run schools” while accepting the Alliance Defending Freedom’s Edwin Meese Award for ”Originalism and Religious Liberty” in Naples, Florida, on Friday.

Barr argued in his speech that “the time has come to admit that the approach of giving militantly secularist government schools a monopoly over publicly funded education has become a disaster.”

He went on to say that ”the greatest threat to religious liberty in America today” is ”the increasingly militant and extreme secular-progressive climate of our state-run educational system.”

The former attorney general also claimed, ”Religious liberty is not safe in the United States as long as we have the kind of public school system we have, the forced monopoly and the indoctrination of children into these radical secular progressive orthodoxies.”

Barr said that up until the 1970s, the U.S. public school system was ”committed to Judeo-Christian values in the general sense,” and that ”in the latter part of the 20th century … the left embarked on a relentless campaign of secularization intent on driving every vestige of religion from the public square.”

He later claimed that ”we’re now seeing an affirmative indoctrination with a secular belief system and worldview that is a substitute for religion and is antithetical to the beliefs and values of traditional God-centered religion.”

Barr said that an example of this is schools teaching modern concepts about gender fluidity and sexuality, claiming that ”this is not established science,” but the “moral, psychological, metaphysical dogma of the new orthodoxy.”

He also said that this is “a broadsided attack on natural law.”

Barr also criticized the subject of critical race theory, which he described as “Marxism substituting race for class antagonism,” and saying, “it’s monstrous of the state to indoctrinate students into alternate belief systems.”

The former attorney general claimed that ”the tenets of progressive orthodoxy have become a form of religion with all the trappings and hallmarks of a religion. It has its notion of original sin, of salvation. It has its clergy. It has its penance. It has its dogmas, its sensitivity to the whiff of any heresy, and even the burning at the stake — so far, only metaphorically.”