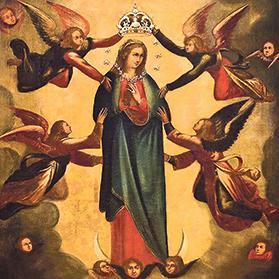 Today, 22 June 2021, is the 138 anniversary when Our Lady told Carmela, to enter into the chapel nearby and pray. Since then, the Chapel knows as Ta’ Pinu, has been transformed into a national Marian Shrine in Malta and Gozo. Countless number of pilgrims go to this holy place to receive the graces they need to be close to Jesus through His and Our Mother Mary.

As the story goes, Karmi (Carmela in Maltese), heard the voice of Our Lady saying to her: Come! Come! Come! After she entered the chapel and started to pray Karmni felt herself in an unexplainable rapture. The mysterious voice spoke to her once more: ‘Recite three Hail Marys in remembrance of the three days during which my body lay in the tomb’. Karmi immediately obeyed the voice. Bishop Mgr. Nicholas J. Cauchi in his book ‘Ta’ Pinu Shrine. The Pilgrims’ Haven’, Bishop Mgr. Nicholas J. Cauchi (Bishop of Gozo from 1972 to 2005), writes: “For two years Karmni said not a word about what had happened. Then she disclosed her secret to Franġisk Portelli; [an upright] man who was renowned for his devotion to Our Lady of Ta’ Pinu. …as his heart filled with joy….. At about the same time, he had heard a mysterious voice asking him to say prayers in honour of Christ’s hidden shoulder wound caused by the weight of the heavy cross along the torturous path to Calvary.  A short time later, Franġisk’s mother was miraculously healed by the intercession of the Blessed Virgin of Ta’ Pinu. It was obvious that the matter could no longer be kept secret and rumours that Our Lady of Ta’ Pinu had given a message to two persons from the village of Gharb began to spread like wildfire.” Extant documents written by Karmni’s spiritual director also witness that the Blessed Virgin appeared to her even at her home in the village of Gharb. Presently, Karmni’s home is open to visitors.

This special Marian Basilica of Ta’ Pinu offers for the visitors that much-needed holy ground wherein one can truly meet God and be caressed and healed by His life-changing presence. In this place Mary’s maternal loving protection and care is so felt. Great is the number of ex voto graces received by people throughout these years of intense prayer and devotion to Our Lady of Ta’ Pinu.

The devotion to Our Lady of Ta’ Pinu has a long history. In fact, already in the 16th century we find a chapel built to Mary in the countryside of Gozo. As he bought the chapel in 1585, Filippo “Pinu” Gauci” started to restore it in 1615. By time, the chapel bore his name “Ta’ Pinu,” which in Maltese means “of Philip” (the chapel that belongs to Philip). This man Filippo authorized an oil painting of the Assumption for the altarpiece named Madonna Ta’ Pinu, that was finished by the year 1619.

As we have already said, just two centuries later, exactly on June 22, 1883, the Virgin Mary appeared to a farmhand called Carmela Grima near the chapel as she was walking home from her work in the fields. From that life-changing experience Ta’ Pinu became a pilgrimage destination that changed the life of thousands of people from pratically every country under the sun.

As the number of pilgrimages grew rapidly the need was felt to build a much larger Church. The building of the actual church kicked off in 1920. This was also the year when the construction of the National Shrine started. The building was brought to an end in the year 1931. It was Pope Pius XI who designated the Ta’ Pinu Church as a minor basilica in 1932.

Our Lady of Ta’ Pinu is a wonderful example who teaches us how to be parents according to the heart of Jesus. In his homily at the Shrine of Our Lady Ta’ Pinu on Saturday 26 Mary 1990 St Pope John Paul II said about Mary’s example for a godly parenthood:

In a very special way, Mary has been the patroness of the Christian families of Malta and Gozo as they have sought to fulfil their unique role in God’s plan for the salvation of the human race. We may be confident that with a mother’s love Mary has not failed to intercede for generations of parents and children, inspiring in them that fear of the Lord which is the beginning of wisdom (Cfr. Ps. 110 [109], 10) and accompanying them on their pilgrimage of faith... In God’s plan, the family is where children learn what it means to be responsible individuals and members of a larger community, where they first encounter the virtues of unselfish love and self-sacrifice, and where they first come to understand the mystery of God’s love as it is expressed in the love of their parents (no.2).

Likewise, Pope Emeritus Benedict XVI, while visiting Malta on the 18th April 2010, adorned the venerated miraculous image of Our Lady of Ta’ Pinu with a golden rose. Speaking from his heart the Holy Father said: I am aware of the particular devotion of the Maltese people to the Mother of God, expressed with great fervour to Our Lady of Ta’ Pinu and so I am pleased to have the opportunity to pray before the image …. I am also delighted to present a Golden Rose to her, as a sign of our shared filial affection for the Mother of God. I ask you in particular to pray to her under the title Queen of the Family…

Let us pray together this most beautiful prayer which is found at the oratory at the Basilica of Our Lady Ta’ Pinu:

O Blessed Virgin Mary, Mother of God, who recommended your servant Carmela Grima to recite “Three Hail Mary’s” in honor of the three days your body remained in the sepulchre, look pitifully at the upset world and deliver humanity from the threatening spiritual and social calamities. Make all men love each other, protect our families that they may live a happy, honest and holy life in the bond of marriage. Have pity on me and if it is not God’s will that I obtain this grace……. help me to accept it willingly that I may ensure that it will lead me to eternal happiness. Amen. 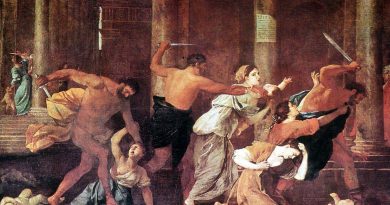 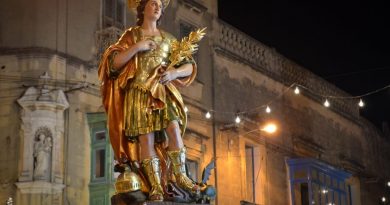 Mark Mallet of https://www.countdowntothekingdom.com succinctly shares why everything seems to be descending into chaos. Be sure to hit the SUBSCRIBE

Mirjana: “When the Madonna came, for me there was nothing else around: I was immersed in a blue sky

A strong message that the then Cardinal Pacelli made public, explaining how the world was moving towards a progressive distance