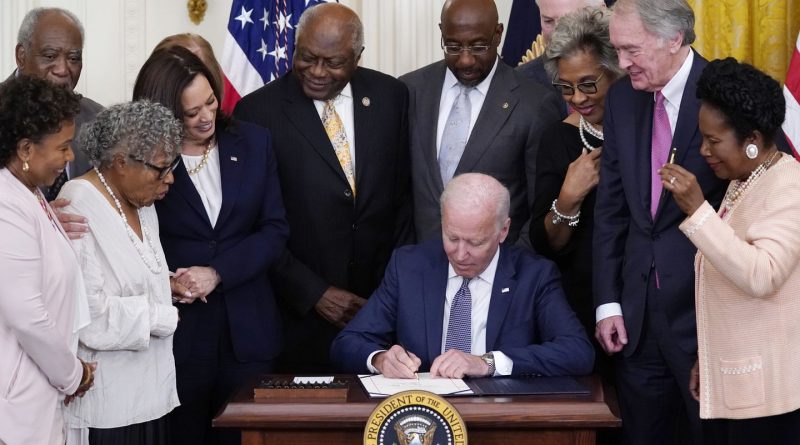 Most federal employees will have tomorrow, June 18 off for observance as June 19 falls on a Saturday this year, the Office of Personnel Management said.

Today @POTUS will sign the Juneteenth National Independence Day Act, establishing June 19th as a federal holiday. As the 19th falls on a Saturday, most federal employees will observe the holiday tomorrow, June 18th.

By KEVIN FREKING7 minutes ago 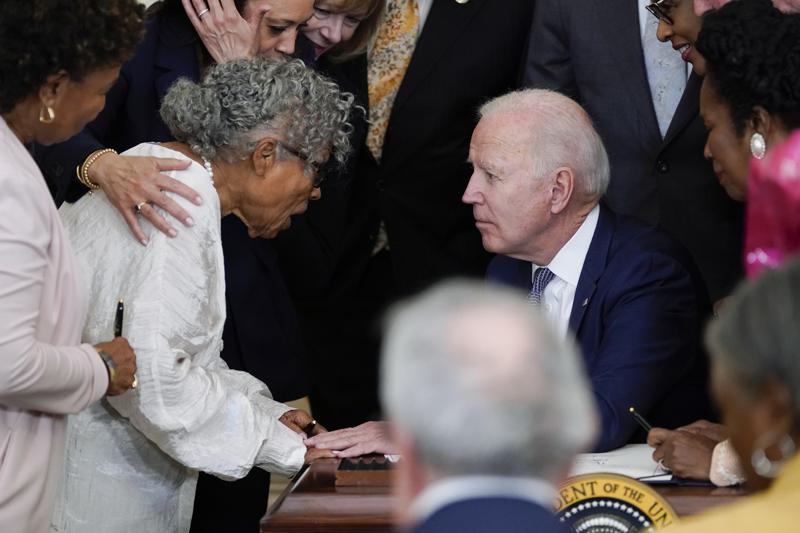 WASHINGTON (AP) — President Joe Biden signed legislation Thursday establishing a new federal holiday commemorating the end of slavery, saying he believes it will go down as one of the greatest honors he has as president.

Biden signed into law a bill to make Juneteenth, or June 19, the 12th federal holiday. The House voted 415-14 on Wednesday to send the bill to Biden, while the Senate passed the bill unanimously the day before.

“This is a day of profound weight and profound power, a day in which we remember the moral stain, the terrible toll that slavery took on the country and continues to take,” Biden said.

Juneteenth commemorates June 19, 1865, when Union soldiers brought the news of freedom to enslaved Black people in Galveston, Texas — two months after the Confederacy had surrendered. That was also about 2 1/2 years after the Emancipation Proclamation freed slaves in the Southern states.

The U.S. Office of Personnel Management, which is the human resources office for the federal government, tweeted Thursday that most federal employees will observe the new holiday — Juneteenth National Independence Day — on Friday since June 19 falls on a Saturday this year.

Biden noted the overwhelming support for the bill from lawmakers in both parties.

“I hope this is the beginning of a change in the way we deal with one another,” Biden said.

The White House moved quickly after the House debated the bill and then voted for it.

“Our federal holidays are purposely few in number and recognize the most important milestones,” said Rep. Carolyn Maloney, D-N.Y. “I cannot think of a more important milestone to commemorate than the end of slavery in the United States.” 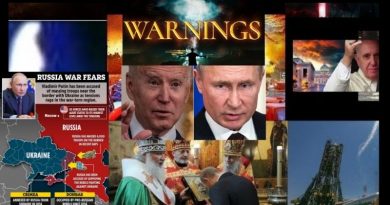 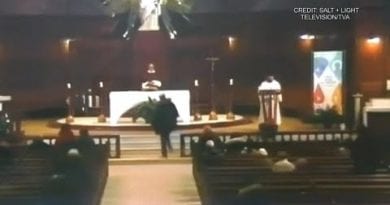 From the “Poem of the Man God” by Maria Valtorta   “Give us today our daily bread”. Jesus: When you

In a powerful interview about the reign of Satan, Father Livio spoke with the visionary Marija to discuss the March