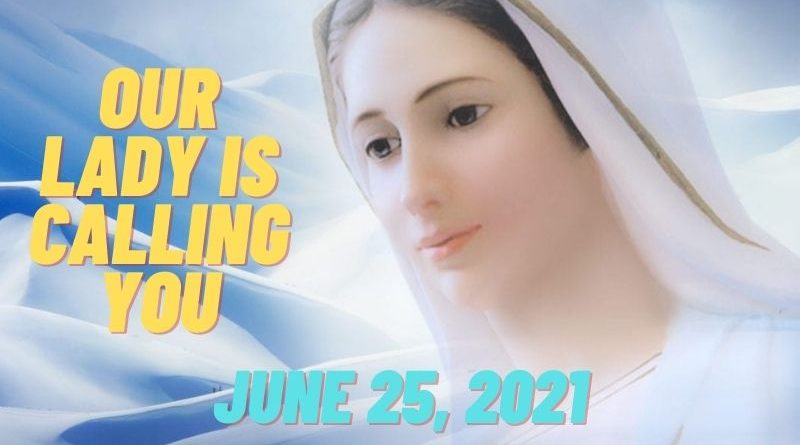 Archbishop Msgr. Henryk Hoser, SAC: Undoubtedly, this is a great anniversary for all the pilgrims who come to Medjugorje from all over the world in great numbers, so this joy expands internationally too. I would like to draw your attention that number 40 has a biblical meaning, it is a time when something important takes place. Indeed, something happened in this place, it still goes on and it is developing furthermore.

I can say that everything started with a testimony of six young people, children, teenagers, who claimed that they had seen Our Lady on the hill called Apparition Hill today: Our Lady introduced herself as the Queen of Peace, invited us to conversion, penance, life in the harmony with God and spreading of peace in the world. The visionaries initially met as a group, later, as the time passed, they had different, individual experiences, encounters with Our Lady, as they call it, some experiences that referred only to them. That is the basic theme, while the apparitions as such were not recognised by the Church. These apparitions have completely different character than “classic” apparitions that took place in Lourdes or in Fátima. This is one of the reasons why the Church is not rushing with its judgment. The messages of Our Lady are nothing new, she invites to conversion all the time, to prayer, fasting, penance, life according to the sacraments, so that we may discover Jesus Christ in our lives. When she speaks about unbelievers, she does not use that word, but she says those are people who did not get to know the love of God yet.

So, the phenomenon of Medjugorje began 40 years ago. This spirituality and this place was first discovered by people who lived here in Bosnia and Herzegovina, Croatia and then this spirituality expanded to the rest of the world. Around 2 millions of people were coming to Medjugorje before this pandemic, this is a very famous place that attracts many pilgrims from all over the world. It is a very important place for Southeast Balkans, just like Częstochowa is famous in Poland. People come to Medjugorje to confess, they come here on big feasts. Even in the time of pandemic, local pilgrims were here at Holy Masses and celebrations. Thanks to all this, Medjugorje radiates unique and special atmosphere.

40 years had passed and those were 40 years of maturing and growing, there were three different periods.

The first period, the time of former Yugoslavia, the reign of communism regime, somehow can be compared to Fátima, for the regime persecuted the visionaries and priests who took care of them. The priest at that time was sentenced to two years of prison just because he protected, defended Medjugorje and refused to declare all as a lie, but claimed it was the truth. So, this was quite difficult period, similar to Fátima, where police and state services, led by masons, persecuted the children there, while the persecution here was initiated by the communists.

The second period was the period of the war. The war was in Medjugorje itself, that place remained peaceful, however, Medjugorje was the source of strength for all the people and it was the source of material help, because the humanitarian aid came from it, mostly from Italy. This aid was given to the places that needed it the most.

After the war, a young state of Bosnia and Herzegovina was developed as a result of Dayton Peace Accord, this was the state made of three religious entities, Muslims, who are most numerous, Orthodox and Roman Catholics at the south of the country.

The geographic context of Medjugorje is such, while Medjugorje invites to peace, to unity.

In any case, this place is modest when it comes to architecture, it is far more modest than Lourdes or Fátima, if we take into consideration when the apparitions took place in those places. Here we have a terrain of a simple triangle, on one corner we have the parish church, second is Apparition Hill and the third one is Cross Mountain, place where 8 meters cross was erected in 1933, on the occasion of the Jubilee 1900th Anniversary of the Passion of our Lord.

What is typical of Medjugorje is that longing to return again, those who came once, keep coming back. Indeed, many are returning for several times here. I know one man from Archdiocese of Warsaw, who was coming to Medjugorje at least once a month. This is true phenomenon for me. For me that is the most appropriate expression – phenomenon. Why? First of all, because the apparitions are not recognised yet, and then because Medjugorje does not have any official status, this is just a parish, nothing more. It does not have the status of a shrine, not even destination of pilgrims, but this place has been de facto recognised by the Church. Thanks to Pope Francis, we have decrees that have given certain legal image to Medjugorje, the Apostolic Visitor with the special role for Medjugorje parish has been appointed, later on decision was made that all restrictions on organisation of pilgrimages were removed and coming of bishops and cardinals was allowed, all of them including priests can officially organise the pilgrimages and celebrate the liturgy in this place.

Therefore, we have de facto those elements that function and enable pilgrims to come in the easier way, however their arrival is a bit different now. This year we are also planning the Youth Festival to be held, it would be modest than before. Some bishops cannot come to this year’s Festival for various reasons, but there is continuous arrival of some, and I need to express my gratitude to local community of Franciscans. Their role is like of those of Pauline Fathers in   Częstochowa, thanks to them and their perseverance, Medjugorje is still developing and growing.

Fr. Łukasz Gołaś SAC: Msgr. archbishop, in these days, on June 24 and 25, there would be many people in Medjugorje. Do you have a message for all those who are there and take part in this great Anniversary?

Msgr. Henryk Hoser, SAC: The first thing that Our Lady said in Medjugorje – the invitation to penance, conversion, peace and discovering of Jesus Christ in our lives. The second very important aspect that functions in Medjugorje is a life according to the sacraments. Often, our daily life is deprived of the sacraments. We could say our lives are over-humanistic and not so religious, particularly in the terms of faith and Christianity. This place reminds us how important relationship of man and God is. We have different horizontal relations with other people, relations that are more developed or perhaps not so much, but this relationship with God has been very much neglected. It is made of the immediate contact between God and man, expressed in daily prayer and the appropriate way of life. We need to give witness in our Christian culture, in our behaviour, our individual and social morality. This was emphasised already in the apostolic time. I think these elements are very much present in Medjugorje message and people always gladly return to their daily lives, carrying in their hearts those fruits they received in the course of their pilgrimages. 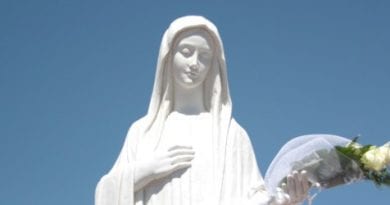 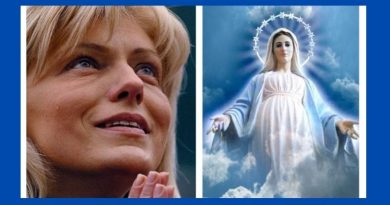