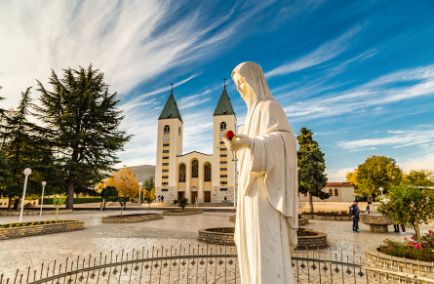 On February 2, 1982, one of the visionaries asked Mary, “When must one celebrate the feast of the Queen of Peace?” She smiled and answered, “I would prefer that it take place on June 25th. The faithful have come for the first time on that day, on the hill.”

Mirjana Soldo, one of the visionaries at Medjugorje, said that St. John Paul II told her,
“Medjugorje is hope for the entire world. And if I were not Pope, I would have been in Medjugorje a long time ago.”

Mary revealed ten secrets to Mirjana. She told me in my interview with her, “I don’t want to talk very much about the secrets, because secrets are secrets. I want to say one thing that is very important. Blessed Mary said, ‘What I started at Fatima, I will finish in Medjugorje. My heart will triumph.’ If the heart of our mother will triumph, we don’t need to be scared of anything. It’s only important to put our life in her hands and not to think about secrets. We should think about the messages and what she asked for us, so that we can help her Immaculate Heart to triumph.” 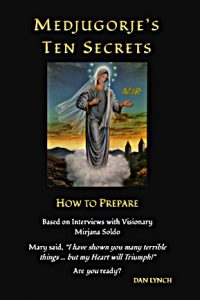 Please read my new book, Medjugorje’s Ten Secrets: How to Prepare based upon interviews by me and others with visionary Mirjana Soldo. Get ready for the secrets and learn about the urgency of the requests of Our Lady, Queen of Peace, and how to respond to them. Help her to bring the Triumph of Her Immaculate Heart and the New Era of Peace. Mary told Mirjana, “Be Ready.”

Order Your Book Here. In honor of Medjugorje’s 40th anniversary, I offer my book at a 40% discount. Simply type in 40 off in the Discount Box and click update at checkout.

You may also order your book here on Amazon in paperback or a digital Kindle version without discounts.

Be sure to celebrate the 40th Anniversary with the National Marian Center on June 25, 2021.
This will be a virtual celebration on YouTube beginning at 1:30 . 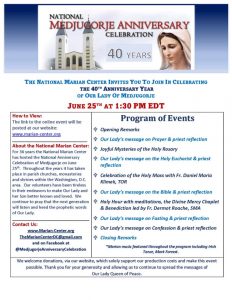 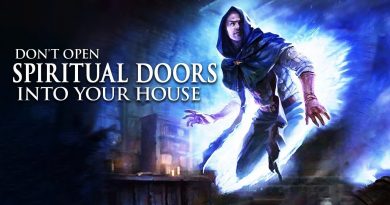 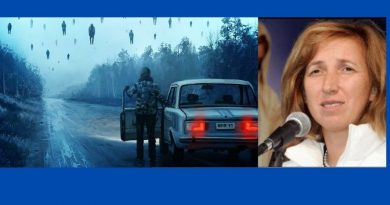 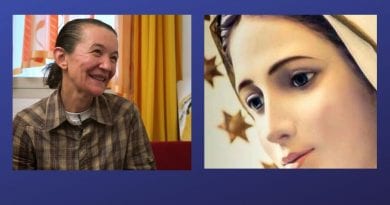 Because Jesus LOVES his Mother and gave her to us at the cross, Jesus wants us to love her