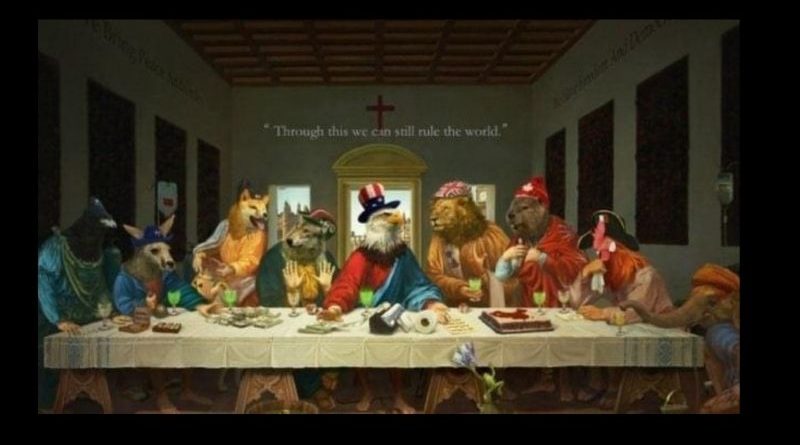 Here we go again. Once again, in political and purely human skirmishes, religion comes into play. As it happens, the attack is once again directed at the Christian faith. The question is: why? Why when it is necessary to appeal to the lowest instincts of the human being do we end up bringing up Jesus Christ, and mocking Our Lord and the faith they practice and in which more than a third of the inhabitants of the Planet identify themselves?

The image that infuriated many after the G7
The sad story has taken place in the last few days, and has already infuriated many international exponents. The climate is that of a new Cold War but with enlarged meshes: no longer the United States against Russia, but the entire Western bloc, of free and democratic countries, against the Communist and Chinese dictatorship that is headed by the Eastern countries. 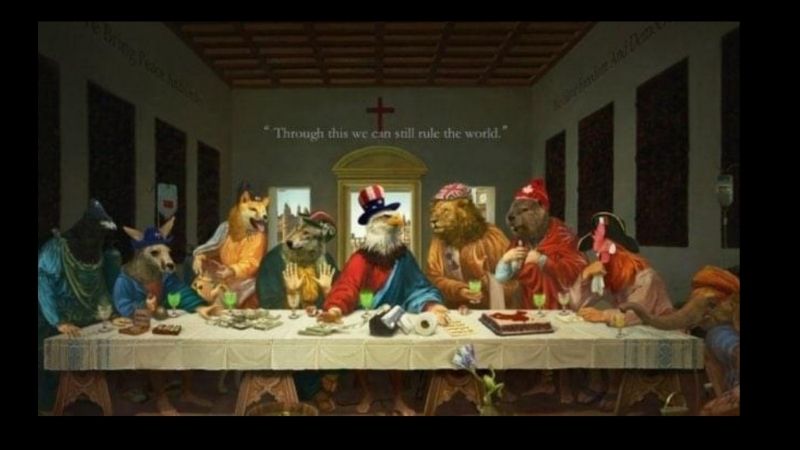 From 11 to 13 June, the last G7 Summit took place in Carbis Bay, United Kingdom, involving all the leaders of the United States, Germany, United Kingdom, Japan, France, Canada and Italy, plus a delegation from the European Union. China, however, from the outside, wanted to go on the counterattack by showing off a tough attack , defined by many as decidedly arrogant both in terms of tone, as in the methods themselves and in the terms used.

The words of China against the request for respect for human rights
“The days when global decisions were dictated by a small group of countries are long over,” said a spokesman for the Chinese embassy in London, quoted on the Reuters website. The accusation is that of “political manipulation” and “interference” in their “internal affairs” in light of the position expressed yesterday by the Group on the issue of human rights in Xinjiang and Hong Kong.

In fact, from the G7 meeting in Cornwall, a very specific request emerged from China: “respect for human rights and fundamental freedoms, especially in Xinjiang”, as well as respect for freedoms also in Hong Kong. A central point of the summit, however, was that relating to the origin of the Coronavirus epidemic , which started from China and on which unfortunately, despite the attempts of Chinese justifications, we still need to see very clearly.

The virus that brought the world to its knees started in China
The virus that has brought the whole world to its knees has indeed started from China, and to date there have not yet been any convincing explanations. Far from it. The search for evidence leading to the truth is still open, and far from over. Lastly, it was Australia to put forward the proposal for a new investigation in search of the origin of the Coronavirus.

For this reason, as the Italian Prime Minister Mario Draghi explained on his return from the Summit, the ” question of the attitude to adopt with China and the autocracies , which use disinformation, social media, stop planes in flight, kidnap, they kill, they do not respect human rights, they use forced labor ”.

China’s counterattack that speaks of “political manipulation”
Statements that have greatly displeased China, which for its part has accused the G7 of “political manipulation” and “interference” in its “internal affairs”. So it went on the counterattack. How? Offending Christianity. The same that unfortunately, when it comes to regulating social relations in the West, is put aside.

No one seems to recognize himself as a Christian anymore, to the point of being ashamed when it comes to roots, faith, tradition, when he names Jesus, Mary, the Saints, and all that has shaped and built the European and Western Community over the centuries. But when it is time to clash, immediately Jesus is the first to be offended and in a cowardly way.

Within which, however, instead of Jesus and the Apostles there are the personifications of the United States, United Kingdom, Italy, Canada, Japan, Germany, France, India and Australia. Depicted in a gravely mocking manner, in the guise of their national animals, intent on sharing control of the world.

The G7 countries like beasts sitting at Our Lord’s table
In short, beasts sitting at the table where Our Lord broke the Bread and gave it to His disciples establishing the Ministry of the Eucharist. Instead of which there are banknotes and piles of money, along with a cake in the shape of a map of China.

A provocation, therefore, initially published on Weibo by the artist “Bantonglaoatang” and subsequently disseminated on a larger scale by the spokespersons of the Chinese Communist Party, including The global times, the regime’s official newspaper, and finally made viral on international social networks , moreover, prohibited, as is well known, in China.

The depictions of the various countries participating in the meeting in the picture
Above the heads of the participants we read: “In this way we can still rule the world”. The United States of America is in the center, depicted in the likeness of a bald eagle. On the right are Great Britain, a lion, Canada, a beaver, France, a rooster, and India, an elephant. To the left of the USA, on the other hand, appear Italy depicted as an Apennine wolf, Japan represented by a Shiba-Inu, a typical dog breed of the Rising Sun, Australia painted as a kangaroo and finally Germany which is the eagle, present in the Bundeswappen coat of arms.

In the center, not surprisingly, there is also the Australian kangaroo, which reaches out to reach the money printed by the United States of America. Symbolizing “the double-sided Australia that actively cooperates with the United States in containing China , but is also eager to earn money from China, its largest trading partner,” commented The global times.

The Eucharist is struck for earthly interests, as usual
Unfortunately, however, beyond the political skirmish, few have pointed out that the first to be hit, and mocked, are not so much individual countries but all Christians, and especially Catholics. The Eucharist is struck for worldly, earthly, geopolitical interests, as usual. In fact it is always the devil, prince of this world, who refines his claws to get his hands on what is most dear to this earth and which unites us to heaven, the Body of Our Lord and our adhesion that is renews in the Holy Mass.

Was there really nothing better for the Chinese than using the sacred image of the Last Supper to denigrate the G7 attendees? One wonders why an image with Mohammed, such as the one below, was not used. After all, even in this case the characters are seven.

In short, when it is necessary to thank the Lord for his love and for the cultural and human roots he has given us since His coming, few have the courage to do so. But when there is to offend, mock, mock, Christians and those who have faith in Jesus are immediately taken as a reference. On the other hand, persecutions are part of Christian history.

But the Lord says: “Blessed are the persecuted because theirs is the Kingdom of Heaven” . For their part, Christians know well what the epilogue of history will be. That, that is, in which “the gates of hell will not prevail”. 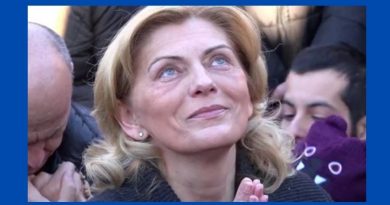 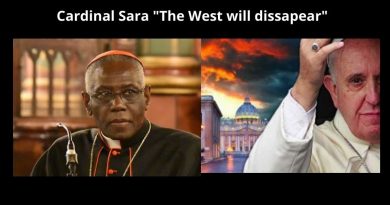 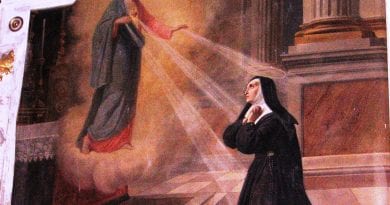 By Fr Peter Zorjan Prayer request: Interesting day back home today to say the least… I have always been a believer

Powerful! Legendary Catholic Pat Buchanan on “What Still Unites Us?”