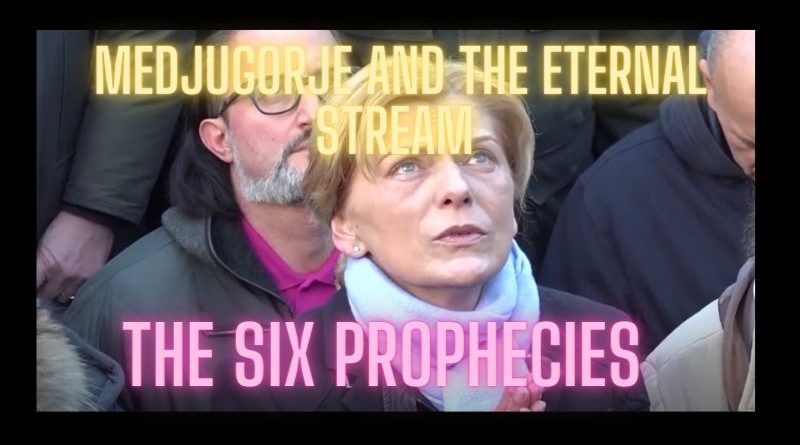 In Sister Emmanuel’s book, “The Hidden Child”, she tells the story of a very old man, from Medjugorje, who, may years ago, spoke of an incredible prophecy that a spring of clear water would one day flow down from Apparition Hill.

His name was Matè Sego and he was born in 1901. He never went to school. He could neither read nor write. He worked a small piece of land, slept on the ground, had neither water nor electricity and drank more wine than he should have. He was a man well liked by many in the village, always smiling and joking. He lived at the foot of Apparition Hill.

One day Matè Sego began to tell the villagers about his dream that a spring of water would one day appear on the Hill: “You know, I had a dream, I dreamed about the visible sign that everyone will be on the mountain of Pobrdo when the secrets arrive. I dreamed that I was on the Hill and that from a small hole in the rocks came a small source of water.

The water ran down the hill making its way between the earth and the stones until you get to the shops at the entrance of the Medjugorje. Then there it slowly began to flood. So many pilgrims together with the inhabitants of Medjugorje began to dig to divert the water from the shops but more water came out of the source to become a real stream.

The heaps of earth dug by the people diverted the water on the road that leads to the mountain and the water passed the road and headed towards the plain leading to the church, and at the edges there was a crowd of pilgrims along the way. Alone the water dug the bed of the stream that ended up flowing into the stream that passes behind the church of St. Giacomo. Everyone was shouting at the sign and everyone was praying at the edge of the new little river. After Mate spoke of his dream he revealed to the villagers his six prophecies.

1. “One day, there will be a large staircase behind my house, with as many steps as there are days of the year.

2. Medjugorje will be very important, people will come here from all corners of the world. They will come to pray.

3. The church will not be as small as it is now, but much bigger and full of people. It can not contain all those who will come. When the church of my childhood is undermined, I will die that day.

4. There will be many roads, many buildings, much bigger than our little houses we have now. Some buildings will be immense.”

5.“Our people will sell their land to foreigners who will build on it. On my mountain there will be so many people that you will not be able to sleep at night. 6. “Do not lose your traditions pray to God for all and for yourselves. There will be a spring here, a spring that will give a lot of water, so much water that there will be a lake here and ours will have boats and will moor them to a large rock “.

What is amazing is 5 of the 6 prophecies have come true. The one we still wait for is the sixth prophecy. We wait for the stream of water to come down from Apparition Hill. Will it be an eternal stream? Will it be part of the 3rd secret and the permanent sign?

Our Lady has spoken of this eternal stream in a message on October 2, 2014. She said: “My Son told me that I am the mother of the entire world. I ask of those of you who accept me as such to help me, with your life, prayer and sacrifice, for all of my children to accept me as a mother—so that I may lead them to the spring of the clear water. Thank you.