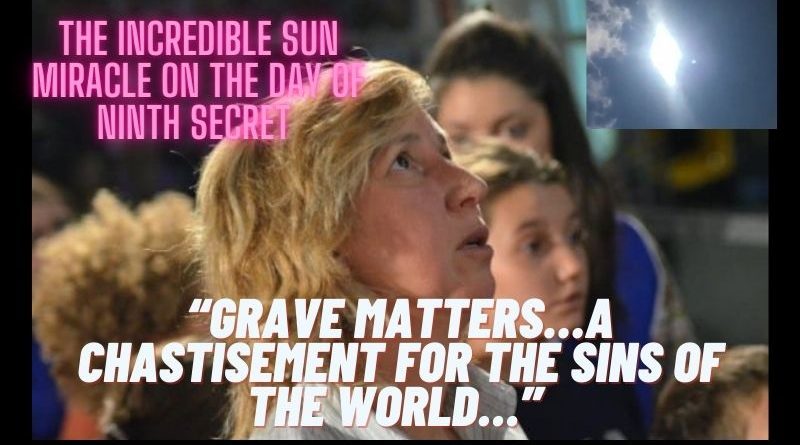 Fr. Janko Bubalo, a local priest, related the following information about a sun miracle given to him by a villager named Niko Vasil:

The event took place on December 9, 1983. The miracle  was reported by a pilgrim and involved the sun and Cross Mountain:

“The events that day was a deep experience for everyone in our group. It shook us all!

Marija received the ninth secret before our eyes in the Apparition chapel.

She wept profusely. We know from Mirjana who has received all ten secrets that the ninth and tenth ones are “grave matters…a chastisement for the sins of the world…”

We had just walked behind the church in order to look up to the Cross Mountain when a storm commenced. It almost threw us over, and the church seemed to shake.

Clouds, as dark as night, were driven across the sky by this brief storm… “Suddenly, the sun broke through with spectacular rays and then some saw the sun spin…all the people assembled got on their knees because we all saw the darting and fiery rays breaking through the dark clouds in various directions.

“As the clouds disappeared, the sky became rose – red and the sun paled. In the sun was the St. Andrew Cross, and as it disappeared, a huge cross began to be raised above the sun, peaked by a crown. All this was light and around it the darkness grew again, as though the judgment of God was at hand.

“All the while, the cross on the cross mountain was invisible. The land below and the sky around grew in darkness. Only the spectacular rose colors twirling around the illuminated Cross raised above the sun grew brighter and brighter. Then, it all vanished and the dreary winter day took its normal course.” 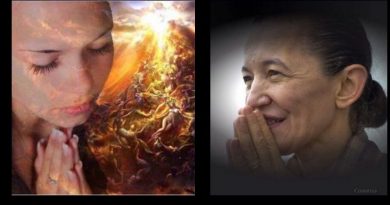 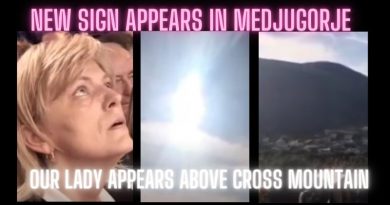 In this 2-minute video, Patriarch Kirill, the head of the Russian Church, makes a startling case about political correctness. He