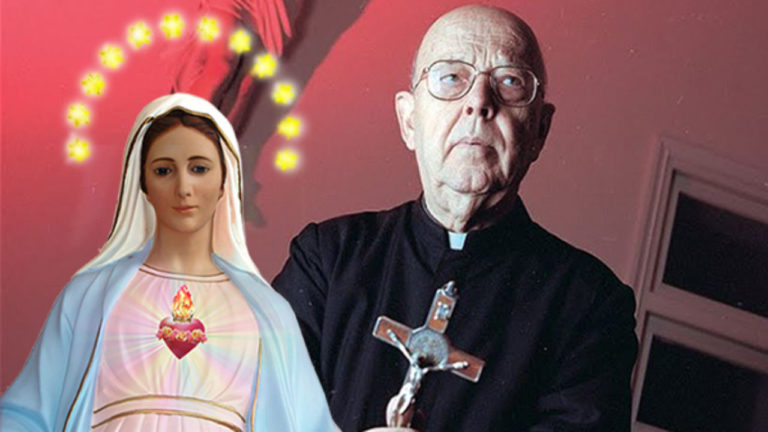 We offer you a text written by Father Gabriele Amorth, beloved and late exorcist priest, perhaps the most famous in the world, from the diocese of Rome.

(Translation from Italian to English by Google Translate)

In his words, the ‘vision’ of the Triumph of the Immaculate Heart of the Virgin.

In the Bible the heart expresses the compendium of the whole interior life of man, for which  often God turns to the heart to act in depth on the whole person ; and when, with the prophet Ezekiel, he promises to give a new heart, he indicates a total conversion to him, on the part of his people who had completely disbanded.

Therefore, to speak of Mary’s heart  means to penetrate into all her interiority, into her relationship with God and with men. The phrase repeated by Luke, that  Mary “kept everything in her heart”  [cf. Lk 2:51] makes direct mention of the Virgin’s heart; but it is only an initial start of a whole development that has been growing over the centuries and that has exploded especially in recent times.

The patristic reflection on the  heart of Mary  insisted, especially with Augustine, in seeing in it ” the casket of all mysteries “, in particular the mystery of the Incarnation, reaching the affirmation that ” Mary conceived in her heart before “.

Devotion to the heart of Mary developed more and more in the Middle Ages, who later, with Saint John Eudes [1680], acquired a rigorous theological explanation and officially received liturgical worship. This was the starting point for the most recent developments, which we can identify in  three events:

1.  In 1830 , when the Virgin appeared to  Saint Catherine Labouré ,  asking her to have that ” miraculous medal ” minted,  which spread throughout the world in millions of copies, she had the two hearts of Jesus and Mary reproduced  on the back,  combining them in devotion of the faithful .

2. A second significant event was the repercussion in the Marian field which occurred when, between the 19th and 20th centuries,  Leo XIII  consecrated the world to the Sacred Heart of Jesus.  It was already thought that the time was ripe to proceed also to the consecration to the Heart of Mary, since the Lord wanted to associate the Virgin Mother with the whole work of Salvation. [This realization was not reached, but an impulse to devotion to the Heart of Mary and to the studies on this devotion was nevertheless obtained].

3. There is no doubt that the greatest development took place with the  Apparitions of Our Lady at Fatima , in 1917. It can indeed be said that, as for the devotion to the Sacred Heart of Jesus, the Apparitions of the Lord in Santa Margherita were a great incentive.  Maria Alacoque , so the Apparitions to the three Little Shepherds of  Fatima  gave a decisive impulse to devotion to the Heart of Mary. It should be noted that as early as  1854 , ie from the  proclamation of the dogma of the Immaculate Conception , the expression “Immaculate Heart of Mary” began to spread: that is, “Heart of the Immaculate”. And precisely  in Fatima , in the Apparition of June 13, 1917,  the Virgin said: “God wants to establish devotion to my Immaculate Heart in the world ” . Then he asked that Russia be consecrated to his Immaculate Heart . “ Blessed are the pure in heart ” What is the value of this devotion, aimed above all at invoking Mary’s intercession upon us?

In the history of the Schools of Spirituality, devotion to the Heart of Mary has proved to be  an inexhaustible source of interior life , since on the one hand the Heart of the Virgin includes all her mystery of grace and love for God and for humanity, from the we cannot pass over in silence those references with which the Virgin herself wanted to indicate this specific devotion: just think of Fatima. Then, looking at the Immaculate Heart of Mary, there is not only an attraction that leads to trust; there must also be a  willingness to imitate, to open oneself to God  with all one’s heart, to follow Mary’s maternal warnings. Moreover,  an authentic devotion  to the Immaculate Heart of Mary  requires purity of heart, according to the teaching of the Gospel Beatitudes: “Blessed are the pure in heart, for they will see God!” [Mt 5, 8]. 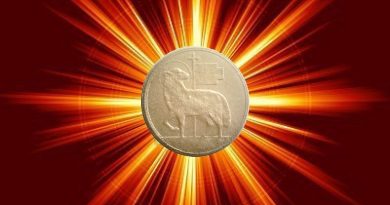 Father Mario Attard writes: “Our world is craving for apostles of Jesus and Mary’s love! Go to Mary and let

Vladimir Putin: You people, in turn, do not feel a sense of the impending danger – this is what worries me.

Q: The visionaries are the apostles of Our Lady’s messages, and so are the priests who have accepted the messages.

Lord God of peace, hear our prayer! We have tried so many times and over so many years to resolve