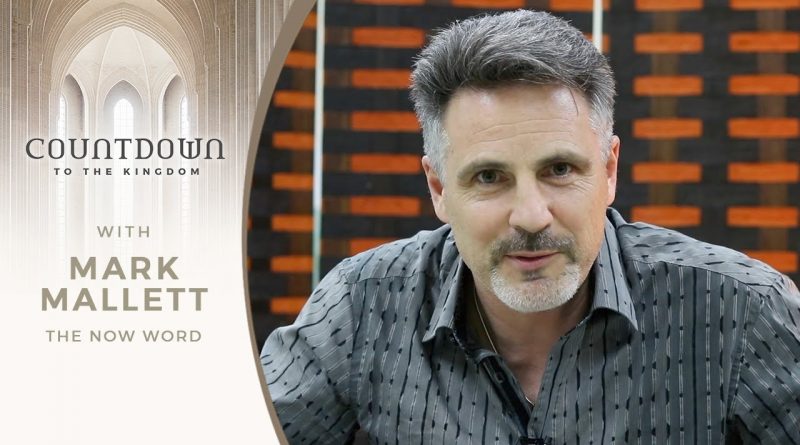 You have rebelled against the Lord of heaven. You had the vessels of his temple brought before you, so that you and your nobles, your wives and your entertainers, might drink wine from them; and you praised the gods of silver and gold, bronze and iron, wood and stone, that neither see nor hear nor have intelligence. But the God in whose hand is your life-breath and the whole course of your life, you did not glorify. —Today’s first Mass reading

Throughout human history, there is a story that has repeated itself over and over again. From the small collective deception of Adam and Eve to the mass psychosis of entire nations, we see just how vulnerable the human mind is to a lie. King Belshazzar’s kingdom is no exception. Seemingly sophisticated people placed their hope and adoration in “gods of silver and gold, bronze and iron, wood, and stone, that neither see nor hear nor have intelligence.”

Of course, we are tempted to mock these ancients, as if we are the further advanced erudite peoples of history. On the contrary, ours is the generation that has forgotten how to simply grow a garden, how to preserve food without a freezer, how to dig a well by hand or survive a cold winter without a furnace. We are the generation that is taught that 2 + 2 can equal five, that one can invent their gender out of thin air, and who stare for hours into screens, even while sitting in groups. Yes, we are the generation that wastes our collective time watching billions of hours of mindless entertainment while our ancient ancestors could build aqueducts and pyramids that are still considered “wonders of the world.” Yes, I think our generation will also be a “wonder” to future generations, but for different reasons.

In a stunning interview with Prof. Mattias Desmet of the Department of Psychoanalysis and Clinical Consulting at Ghenet University, he underscores the powerful propaganda of the current COVID narrative and how this generation has reached a point of “mass formation psychosis.”

In the beginning of the crisis I had been studying the statistics and the numbers and actually, I noticed that they were often blatantly wrong and at the same time people continue to believe in it and to go along with the mainstream narrative. That was why I started to study it rather from the perspective of mass psychology. Because I knew that mass formation has a huge, huge impact on individual’s intelligence and cognitive functioning. I had the feeling that this was the only thing that could explain why highly intelligent people started to believe the narrative and the numbers that were in many respects utterly absurd. —interview with Reiner Fuellmich and the Corona Investigative Committee; zero-sum.org

Dr. Robert Malone, MD, is the inventor of the very mRNA vaccine technology being presently distributed across the world. After studying the troubling data as well, he has called for an immediate moratorium on the injections as the injury and death tolls mount.[1] But instead of listening to the chorus of high-level scientists and doctors warning against these experimental injections,[2] they have been censored, and governments are now moving at warp speed toward forced injections — or the unvaccinated will face fines and imprisonment.[3] What USA Today mocked as “satire” earlier this year,[4] — the idea of rounding people up and putting them in quarantine camps — has now begun in Australia.[5] A doctor there was visited by police for simply writing his Member of Parliament (MP) with concerns on the injections.[6] And in Canada, MP’s are being banned from Conservative party leadership roles for simply questioning COVID shots.[7] This is so remarkably anti-science, anti-health, and contrary to basic ethics, that you would think the entire “journalist” complex would be shouting. Quite the opposite. They are complicit.

And the propaganda has worked brilliantly.[8] What is profoundly grim, says Dr. Malone, is that people can no longer be convinced by the data, nor see how history is repeating itself.

It really is mass hypnosis… This is what happened to the people of Germany… [Prof. Desmet] thinks this mass psychosis has developed to a point where global totalitarianism is unavoidable. It will sweep over us. We’re seeing it in Austria, we’re seeing it in Germany….  —Dr. Robert Malone, MD, November 23; interview 5:06, 14:25 on Kristi Leigh TV

There’s a mass psychosis. It’s akin to what happened in German society before and during World War II where normal, decent people were turned into aides and “just following orders” type of mentality that led to genocide. I see now that same paradigm happening. –Dr. Vladimir Zelenko, MD, August 14th, 2021; 35:53, Stew Peters Show

Interestingly, Dr. Malone believes that what is crucial to counter this global totalitarianism that is “going to roll over all of us” is to begin to “build local community.”

Form networks with each other. Whether it’s through homeschooling networks, call centers, or providing information to older people [who cannot access the internet]…. Start to move toward building local clinics… Angry moms might be the thing that saves our democracy!  —Dr. Robert Malone, MD; interview 20:56 on Kristi Leigh TV

This echoes a message this past October to Gisella Cardia where Our Lady says:

My little children, there will be many who will leave, but many others are coming closer to the faith because they have understood that it is the only salvation. Go back to forming small communities; follow the Gospel and the true doctrine of the faith. —October 3rd, 2021; countdowntothekingdom.com
While Our Lady is referring especially to faith communities, it is clear that such groups will still need access to food and other necessities. Years ago while praying before the Blessed Sacrament, I had a profound interior “vision” of coming “parallel communities” where many Christians would be forced out the marketplace and into relying upon one another (see The Coming Refuges and Solitudes). It seems to me that these are inevitable now.
But in forming communities, we have to avoid another kind of “group psychosis” — cult-like exclusivity that closes in on itself and neglects the “least of the brethren.” Thus, what is needed most today is divine wisdom, patience, and trust in God’s providence, timing, and plan for each of us. While communities have been an essential part of Christianity for over 2000 years, neither can we lose sight of the fact that they existed precisely to help Christians become true disciples of Jesus. And in today’s Gospel, we see that means being willing to defend the truth till the very end…
They will seize and persecute you, they will hand you over to the synagogues and to prisons, and they will have you led before kings and governors because of my name. It will lead to your giving testimony. Remember, you are not to prepare your defense beforehand, for I myself shall give you a wisdom in speaking that all your adversaries will be powerless to resist or refute. You will even be handed over by parents, brothers, relatives, and friends, and they will put some of you to death. You will be hated by all because of my name, but not a hair on your head will be destroyed. By your perseverance you will secure your lives. (Today’s Gospel)

—Mark Mallett is the author of The Final Confrontation and The Now Word, and a cofounder of Countdown to the Kingdom 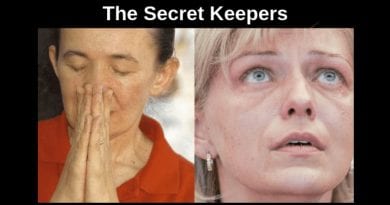 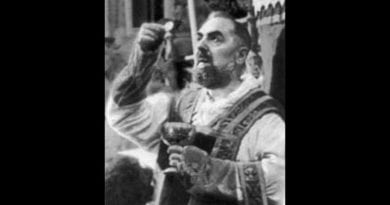 Dear Friends, I wanted to say THANK YOU for all who prayed for Alejandra. We were able to spread the

St. Francis and the sermon to the birds….And all the birds rose in the air “with marvelous chants”… A miracle for the animals who are on this earth as it is in Heaven

Medjugorje Message, August 2, 2011 – Apparitions to Mirjana   “Dear children; Today I call you to be born anew