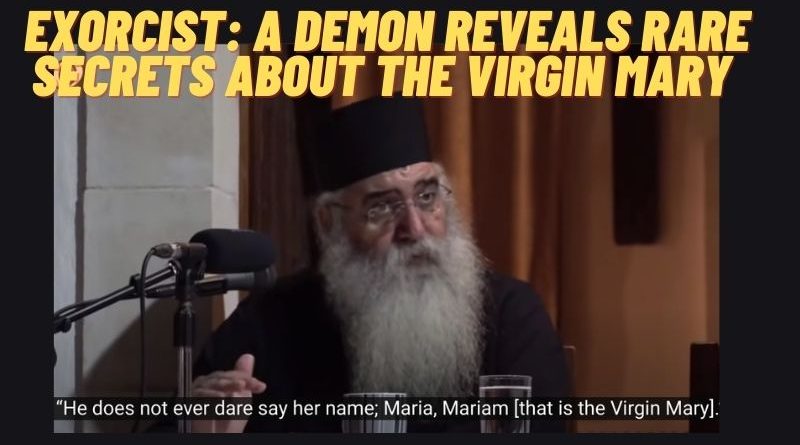 In this talk, Metropolitan Neophytos of Morphou recounts what a demon answered through the mouth of a possessed man about the Mother of God (Theotokos):

Metropolitan Neophytos of Morphou:
I am recalling a man who became possessed by a demon.
And I heard the demon say the following shocking things.
He said: “Fool,..,”. The demons do speak like this, with rudeness.
“Fool, you all are doing so many sins … and us [included]…and “Manolis” forgives you.”
Who is “Manolis”? He is Emmanuel (Jesus Christ)! He does not call Him Emmanuel, but rather “Manolis” as he always strives to degrade Him.
“And ‘Manolis’ always forgives you!”
“And when you commit a great sin, to whom do you turn as an interceder [to Christ]?” “You turn to her!”
“He does not ever dare say her name; Maria, Mariam [that is the Virgin Mary].”
“You turn to her!”
“And whatever she asks of Him, He grants her the favor!”
A priest, who was performing exorcisms at that moment, asked the demon:
“Why does Christ grant these favors to her?”
Now listen to what the demon had to answer through the mouth of the possessed man.
“Fool, you are a priest and you do not know why? Why did you become a priest then?”
“Because she “lent” Him what He did not have. Because she “lent” Him a body!”
“And He is always indebted to her!”
Do you hear this?
In case you lend me some money in a time of need, if I am a decent person, I will be indebted to you for the rest of my life…
Is it not so, Mr. Polyvios?
And I will say: “Thank you my dear Polyvios for lending me some money in a time of need! Right?”
Now consider a [the] God, a [the] God noble as He is… [how indebted He is] to her who lent Him …
And the demon, the demon was saying:
“You fools! Even your own body, when “Manolis” created it,
He made it like the “wood” that the Hebrews lifted Him up onto!”
He did not say “cross”. He is unable to say “cross”!
“Open up your arms a little bit!”
“Open up your arms and see what shape your body takes right away!”
“He even made your body in the shape of the “wood” the Hebrews lifted Him up onto!”
“And still, you don’t believe in Him”
“Or, even if You believe Him, you believe Him just a little bit!”

The other thing he said, which when I heard it, I was terrified … he said this:
“I did one disobedience against the Heavens … I was an angel!”
“And I [only] did one disobedience against the Heavens …”
“And I fell into hell forever with all my angels!”
“You sin every single day, but when you say a single time “I have sinned”
—she also intervenes [meaning the Virgin Mary]—
and He forgives you right away!”
“He also wants to place you together with Him for all eternity”.
—He would not say the world “paradise” as well—
“To be with Him and enjoy His Light! This Light of His … I also receive it, but I do not enjoy it, it burns me greatly!”
“Whereas you enjoy it! Some of you, [meaning] the Saints, enjoy it even from now [meaning from this life].”
“And those of you who will go with Him for all eternity!”
Do you hear what Heaven is like? It is enjoyment of the Uncreated Light, the Divine Light!
And what is Hell?
It is the same Light, as God is omnipresent, and his Light reaches even Hell.
But the demons and the damned—instead of being able to experience this Light with enjoyment and in a knowledgeable way, as this Light is full of “information” and [accessible] according to the desire of each person—
What does it fill us with instead? … God forbid, if we go there, to Hell …
It fills us with causticity [burning and eroding].
From Light, it becomes Fire! And it checks our conscience, and it burns our conscience …
Because we carry over our conscience—whatever conscience we had in this life, we take it with us.
May God make us worthy of this Light, for it to be a Light of enjoyment!
A Light full of information and wisdom!
In order for us to be able to complete what we started in this temporary life!

This terrible spirit concluded by saying:
“I committed one sin and I am in Hell since then. You sin every single day and “Manolis” forgives you, through her intercessions.”
The priest asked: “Why did you enter into this man?”
“His parents sinned and he, himself, was [spiritually] careless, therefore I entered”.
“He does not permit me … do you have any idea how many times I have asked …”
—This is what I wanted to tell you. I have never mentioned it before—
“Do you have any idea how many times I asked Him to enter inside … and I asked Him for a body…”
Do you hear this?
“But He does not permit me to be united with a body.”
“With a woman. In the same way His Spirit was united with her [the Virgin Mary]”.
“And He does not permit me”
So that the evil will not become eternal! That is why He does not permit it!
[See] how much Christ loves us! To not allow the evil to become eternal!
“Not only does He not permit me to do so, but since I cannot become a demon-man,
—in the same way He became a God-man, so too the demon wishes to become a demon-man—
“Since I cannot become one, sometimes He permits me to enter someone who is [spiritually] careless.”
Do you hear this?
To enter inside the image of God, meaning man …
“To tease him and to possess him!” 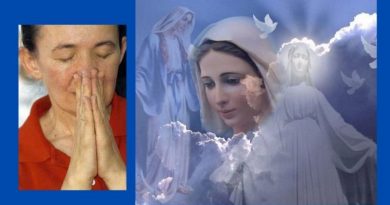 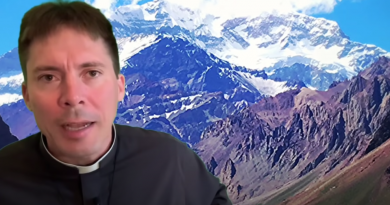 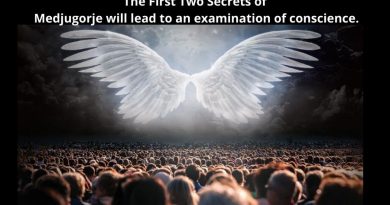 Mirjana: ‘We are approaching the time of the triumph of the heart of our Mother!” This is all I can

Medjugorje: Our Lady of the Chain seen in sky just days before dramatic Message from the Queen of Peace:”They want to put you in chains”

Let us recite this prayer with faith and love for nine consecutive days, for our dear departed in Purgatory.