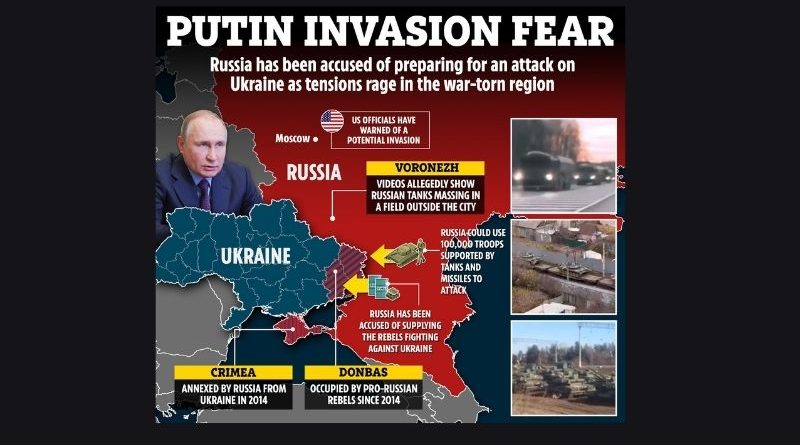 A flatbed rail wagon speeding through south-west Russia last week carried an ill omen for negotiations to avert a larger war with Ukraine.

On board was a Buk-M1, the kind of medium-range surface-to-air missile system that became notorious in 2014 after a missile fired from territory controlled by Russian proxies in eastern Ukraine shot down a Malaysian airliner, killing all 298 people aboard.

If Russia goes to war in Ukraine, it still needs to take a number of steps: establishing fuel supply lines, opening field hospitals and deploying air-defence systems such as the Buk that would protect its heavy weaponry and troops near the front.

Even as Joe Biden and Vladimir Putin were sitting down to talks meant to end the crisis, Russia was inching closer to being ready to launch a full-scale ground invasion of its neighbour.

“These data allow us to conclude that despite the negotiations between Biden and Putin, the concentration of Russian troops in the areas bordering the territory controlled by the Ukrainian authorities continues,” wrote the Conflict Intelligence Team (CIT) – an online research group that has used social media, railway schedules and other data to reveal details of Russia’s military buildup on the border.

Putin may still decide not to launch an invasion, as he leaves troops near the front as leverage for negotiations. But Russian and western analysts are predicting that this military buildup – the second one this year – portends a series of future crises over Ukraine as Putin seeks to reverse its trajectory towards the west.

“Even if Putin gets something from the west, serious talks or discussions about guarantees – will that be enough for Putin?” said Tatiana Stanovaya, founder of the political analysis firm R.Politik. “We are witnessing the dawn of a new geopolitical adventurism from Russia.”

Despite the Putin-Biden talks, the crisis is growing deeper.

On Thursday, Russia’s FSB said it had intercepted a Ukrainian ship in the Sea of Azov near Crimea for failing to obey orders. A day later, Russia closed nearly 70% of the Sea of Azov, a shared body of water also used by Ukraine, for firing drills. Then there is the escalating rhetoric.

Deputy foreign minister Sergei Ryabkov has said Russia and the US may be hurtling towards a repeat of the 1962 Cuban missile crisis. And Putin said that the situation in eastern Ukraine “looked like genocide” in a recent meeting, raising fears he could seek a pretext to send his troops into the country.

With its military threat on the table, Russia’s foreign ministry released its list of demands for how to end the crisis on Friday. Chief among them was for Nato to “officially disavow the decision of the 2008 Bucharest Nato summit that ‘Ukraine and Georgia will become Nato members’”.

Putin has spent the last two decades trying to fight Nato expansion, but the possible accession of Ukraine into the military alliance has always touched deeper emotions, and in part motivated him to order the annexation of Crimea and provoke a war in eastern Ukraine that has killed more than 14,000 people.

“I told them: please don’t touch Ukraine or there’s going to be a problem,” said Fyodor Lukyanov, an influential Russian foreign policy analyst, of his discussions with western colleagues about Nato’s enlargement in the 2000s. “There is a real red line. Right or wrong … this kind of engagement with Ukraine on security and military affairs – that is seen here as absolutely unacceptable.”

Lukyanov said Putin saw it as his “duty as president” not to leave the “Ukrainian problem” – meaning its trajectory towards the west – for the next Russian leader.

The US has sought to persuade Russia that Ukraine would not join the alliance any time soon, but on Friday Moscow demanded a more formal declaration. That was a non-starter, Nato head Jens Stoltenberg said within hours of the demand being made public. “Nato’s relationship with Ukraine is going to be decided by the 30 Nato allies and Ukraine – no one else,” he said during a press conference with Germany’s new chancellor, Olaf Scholz.

In Ukraine, support for joining Nato has jumped considerably in recent years as the country has sought protection from an increasingly aggressive Russia. And for the nations on Nato’s eastern flank, allowing Russia to dictate the alliance’s policy on Ukraine is seen as the first step down a slippery slope towards recognising a Russian sphere of influence.

“History shows that pledges of neutrality by Ukraine or any other country in the region do nothing to abate Putin’s appetite; rather, they feed it,” wrote Ukraine’s foreign minister, Dmytro Kuleba, in an article published by Foreign Affairs on Friday. “The best way to respond to such ultimatums is to ignore them altogether.”

There are doubts whether Russia really wants to strike any deal at all. Analysts noted that despite Moscow building up its forces for months, Russian diplomats had not prepared any formal documents or even formulated the country’s demands until last week. And the idea of mustering nearly 100,000 troops within striking distance of the Ukrainian border (the US has said that Russia could increase that number to 175,000 by the end of January) just to hold talks with Biden has struck western observers as overkill.

That brings us back to the Buk, which, as CIT noted, had its numbers crudely painted over in an effort to prevent identification. Russia employed similar tactics during its clandestine invasion of Ukraine in 2014.

The clock is ticking. Putin could pull back, but it would be embarrassing to do so without a solid win in hand. And Russia’s demands look impossible to fulfil for the west: “Putin thinks that if Biden wants, he can move mountains, he can convince allies and convince Kyiv [to make concessions],” said Stanovaya. “This problem could lead Putin to demand the impossible and push the stakes so high that everything ends in war.” 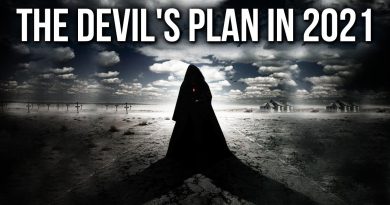 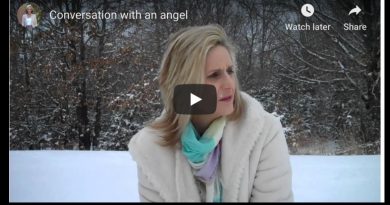 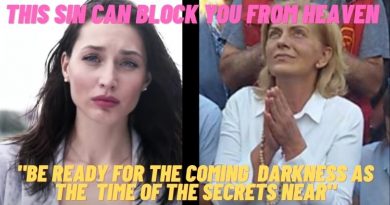 “A great sign appeared in the sky, a woman clothed with the sun, with the moon under her feet, and