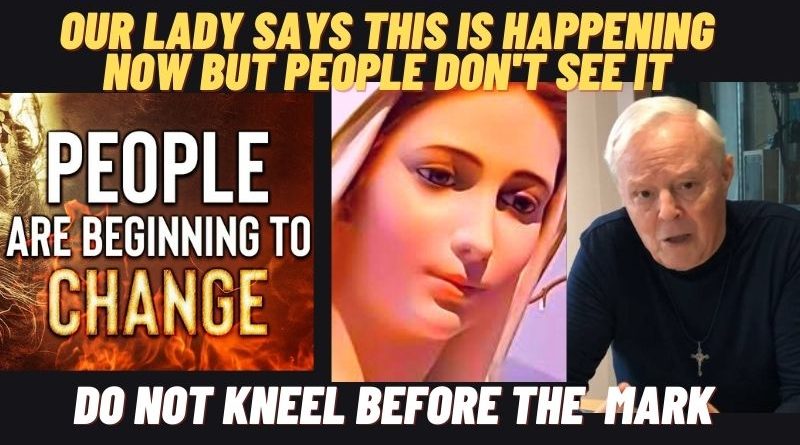 Friend of Medjugorje and Radio Maria Director, Father Livio is worried that Our Lady is now speaking with a new urgency about the long predicted rise of the spirit of the antichrist. SHe warned on March 25, 2021 that “trials will come and you will not be strong, and sin will reign.”

In the first year of the apparitions the Queen of Peace warned the visionaries, in a prophetic message, that there would come a day when “The West will make civilization progress but without God, and will act like their own creator.”

This prophecy was the first reference to the arrival of the time when man will seek to put himself in the first place above God.

Then in a message to Marija on October 25, 2008 Our Lady openly revealed Satan’s plan.

“Dear children! In a special way I call you all to pray for my intentions so that, through your prayers, you may stop Satan’s plan over this world, which is further from God every day, and which puts itself in the place of God and is destroying everything that is beautiful and good in the souls of each of you.

Father Livio Fanzaga revealed in a dramatic statement that he is concerned that the time of the reign of the Prince of the Darkness has arrived. And the “malady” attacking the world is a sign of the times.

In a open letter to his listeners Father Livio said: “I tell you how I think, this malady is a project that I have always attributed to the devil who acts through criminal minds of the elites who have achieved it with a very specific purpose: to create a sudden transition, after ideological preparation, politics and mass media, for a media coup d’état. A project aimed at weakening humanity, bringing it to its knees, establishing a cybernetic dictatorship, creating a new world that is no longer of God the Creator, through the elimination of all those who do not say yes to this sinister project carried out by world elites, with complicity with certain nations.

Fr. Livio continues: In this time of trial, false prophecy will spread, that is, a false religion. Through it, operates the second beast of the Apocalypse, which has the appearance of a lamb, but the voice of the dragon, whose purpose is to be able to worship the new religion, the humanitarian one, of man who becomes god, by trampling the Cross and the salvation that comes from Jesus Christ.

The Bible says “In fact, false Christs and false prophets will arise and will do signs and wonders to seduce, if it were possible, even the elect.”

All this is happening before our eyes if we are not blind. Only with deep and constant prayer will we be able to discover deception, resist seduction and persecution, and achieve the salvation of our soul and it is Our Lady who reminds us that she came to earth as Queen of Peace to counteract the force of satan.

She said ““Dear children! My call for you is prayer. May prayer be a joy for you and a wreath which binds you to God. Little children, trials will come and you will not be strong, and sin will reign but, if you are mine, you will win, because your refuge will be the Heart of my Son Jesus. Therefore, little children, return to prayer until prayer becomes life for you in the day and the night.”

Our Lady is calling. God Bless and Thank you for watching Mystic Post TV 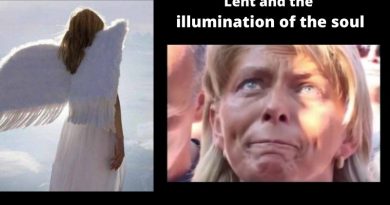 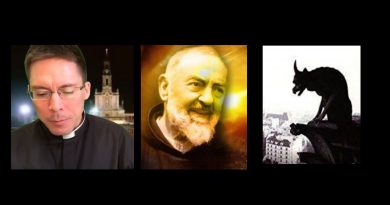 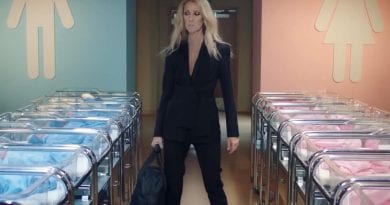 July 20, 2019stephen ryan 2028 Views medjugorje, secrets, vickaEdit Vicka: “Why to show the people that She is here among us…I’ll just say this:

Medjugorje: Visionary comments on new message: “Truly Jesus is risen, it is not a story!!!”