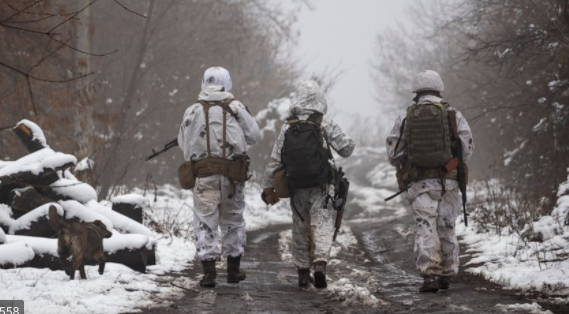 There is no obvious way to bridge the differences between Moscow and Washington over Vladimir Putin’s demands. The West would be unwise to think he is bluffing. The result could be a Russian military incursion followed by the world’s first two-way cyber conflict in which serious mutual damage could be inflicted, thereby testing the grey line between cyber and real war.

But is Putin bluffing? Seen from his viewpoint he has a chance of regaining some of the ground lost in the disastrous (as he sees it) period after the collapse of the Soviet Union.

He has already put Russia back on the map in the Middle East by his deft insertion of aircraft and troops in support of Syria’s President Assad in 2015. Russia is again a player in South Asia thanks to its overtures to Pakistan and the Taliban since 2017 and Russia’s sponsorship of the supposedly private Wagner security company has put Russian ‘boots on the ground’ all over Africa.

From a position of weakness during the Boris Yeltsin years, Russia has re-established itself as a global power; not a superpower any more, but a country to be taken seriously.

Furthermore Putin would not go to the considerable expense of mobilising an army of nearly 100,000 in mid-winter on the Ukraine border (during a pandemic in which Russia has been losing almost 1,000 citizens a day for several months) without expecting a tangible benefit. He assembled a similar army in spring 2021 but backed off after a previous call with Biden. He won’t want to back down again for fear of public and military ridicule.

Since then, Putin has also witnessed the humiliation of the United States and other Nato partners in Afghanistan. To a man like Putin, this smacked of weakness not just of Biden but also of the whole United States foreign policy and defence establishment.

In Putin’s eyes, the US negotiated a virtual surrender to the Taliban only 20 years after the 9/11 attacks. This suggests a superpower which is not just tired of ‘forever wars’ but one that has lost its way, as the insurrection at Congress on January 6 last year also indicated.

In his mind, Putin’s demands do not seem so unreasonable. He knows that in 1990 the US Secretary of State, James Baker, was willing to countenance no expansion of Nato.

Only an extraordinary concession by Mikhail Gorbachev at the White House in May 1990 saw him agree to a united Germany inside Nato (to the disgust of his military advisers in the room). Thereafter Gorbachev’s mishandling, as Putin doubtless sees it, of the crisis in the Baltic States allowed them to achieve independence and eventually join Nato.

So the West achieved far more in terms of extending its reach into the former Soviet Union and the Warsaw Pact states than seemed likely on the day the Berlin Wall was torn down.

However, from a Western viewpoint, Putin’s demands are preposterous. The idea that Ukraine can be denied the right to join the EU and Nato if it wishes reeks of appeasement. Especially after the fiasco in Afghanistan, Biden cannot afford to be labelled an appeaser.

On the other hand, there are several European countries which see no point in confronting Russia over an issue, Ukraine’s Nato membership, which is unlikely ever to happen. What is seen as appeasement on London and Washington is just pragmatism in Rome and Athens.

Europe’s increasing dependence on Russian gas is another element in Putin’s calculation. At a time of rising energy prices, what could be a better moment to drive a wedge between Washington and its European allies? Threats to cancel the Nord Stream 2 pipeline seem hollow.

So what will Putin do when he fails to get his way on Monday? He has a range of military options. He is most unlikely to launch a full-scale invasion of the Ukraine.

That is not his style and the Russian army would be unlikely to get very far. Instead Putin will probably follow his well-tried policy of creating pockets of instability. He could annex Donetsk and Luhansk or he could create new ones in, say, Kharkiv or Mariupol.

More ambitiously, he could make a move, with help from Belarus, towards the Suwalki Gap which separates Belarus and the Russian enclave of Kaliningrad or incite trouble amongst the Russian–speaking majority of Narva in Estonia.

Washington has threatened massive sanctions if Russia does any of these things. However Putin has never worried unduly about sanctions and he knows that some Europeans have little stomach for further economic measures against Moscow, especially in the energy sector. Sanctions would certainly be imposed but are most unlikely to be the primary weapon of choice.

Washington’s more probable option would be ‘offensive cyber’ attacks against Russia. There have been some damaging cyber attacks in the past (against the Iranian nuclear programme in 2010, Saudi Aramco in 2012, the NotPetya and WannaCry attacks of 2017 and the Solar Winds hack of 2020) but never a full-blown cyber war between two hostile parties.

There are real dangers of unexpected consequences which could lead to ‘real-life’ damage, destruction and deaths. How many deaths in hospitals due to a massive power failure would justify the expulsion of diplomats or even the launching of a missile? We could soon be in uncharted territory. 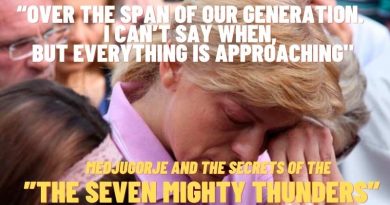 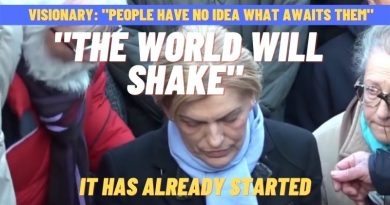 One thought on “Russia-Ukraine crisis: Vladimir Putin is not bluffing and means business. The West should get ready for trouble”

Prayer for Healing Read these Messages of the Gospa regarding Eucharistic Adoration This evening too, dear children, I am particularly

Fr. Rodrigue and the Shocking future of the Church and the world …”Satan is going to attack”