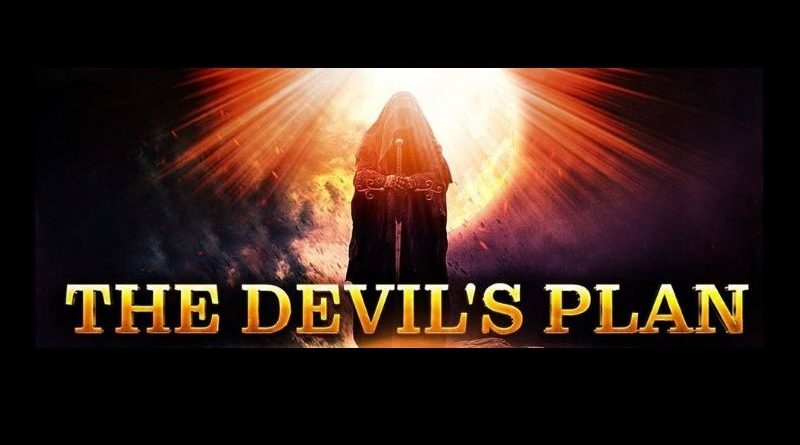 Exorcist: In the name of the Immaculate Virgin Mary, do I order you to tell the truth about what is happening to the Church of Christ?

Lucifer: “Noooooo, That over there nooooo!

The mere hearing of Her Name is for me and for us demons, an infinite torment.

I do not want to speak, but the High Lady forces me to answer you lousy Priest!

The Catholic Church is under attack! The powers of darkness are unleashed against the Bride of what we hung on the Cross. It is the latest assault we are bringing to your Church. The resignation of the Pontiff, taken in full freedom and conscience, opens the way to our latest frontal attack.

That one up there is about to return to earth, I don’t know where or when, but I feel that day is very, very, very close. My own strengths are fading more and more, therefore, I have to concentrate and recover all the energies to channel my billions of demons against the Apostolic See.

Exorcist: In the name of Christ, tell me what do you want to do against the sweet Bride of God?

Lucifer: It is two thousand years that we fallen angels with the help of men of the Church and politicians from overwork, we try to mortally strike that terrible Invention of the Nazarene. Unfortunately we have not yet succeeded, because it belongs to the Almighty.

All our efforts are in vain, because the gates of hell, as That crucifix said, will not prevail. But we don’t give up. We will continue to hit it, to hurt it, to make it bleed, also thanks to those who, from within it, have delivered themselves into our hands.

We must come to occupy the throne of the Vicar of the One nailed to the cross. By hook or by crook. Whatever it takes.

We are working to depopulate the seminaries, to close the convents, but we are unable to stop those women and men, locked up behind a grate, from praying. There are still young people who dedicate themselves to prayer in the silence of those monasteries. Cursed! how much those lives given to the Most High hurt us.

Exorcist: In the name of Almighty God, do I order you to tell me what you are trying to do and organize?

Lucifer: Nooooooo! Do not tell you thatoooooo!

Exorcist: I order you by the Most Precious Blood of Christ, to tell me what I have asked of you?

By now many Cardinals, Bishops, Priests, are in total disagreement with the Tradition of your Church, they disagree on papist conservatism.

And behind the progressivism, behind certain post-conciliar openings there are weiiiiiiii! Because we want confusion, dissociation, division inside and outside the Petrine See, as you call it.

Go on believing that everything is a preternal fable, so the number of those who fall here to hell will increase more and more. They are no longer counted.

Exorcist: In the name of the Holy Martyrs, of Saint Pio, of Saint Bernadette, do you tell the truth about the future of the Church of Rome?

Lucifer: I don’t know tomorrow. Only He knows this. I do not know what will happen in an instant, because only He knows. I do not foresee events, but only the present.

I am a loser, one who rebelled and lost everything. I lost heaven. Forever. But I have a goal: to drag as many souls as possible into my realm of torment. I want to take revenge for my expulsion from heaven, by snatching souls from him. This is my eternal revenge.

I am not eternal, I am a creature just like you, but much stronger than you, much more powerful, more skilled, more cunning. I use my cunning to ruin you.

I can tell you, ugly pretext, that we will provoke a terrible attack on the Roman Church, we will make its walls tremble, but we will not scratch its stability.

We gave birth to the economic crisis to impoverish the world population, discourage those who pray and instill the poison of estrangement from him.

We leave no stone unturned to separate the creature from His Creator. Everything that can ruin you eternally we do it.

But now we are focusing on the Church and until our destructive work is done we will not give her peace.

I asked That up there for years. Now is our time, so we are unleashed, knowing full well that the allotted period is about to end.

I hear the thunder of the Almighty that reminds me of my nothingness and the obedience that, even against my will, I owe him.

That pope of the “Rerum Novarum” saw, while he was celebrating Mass, the demons escaping from the bowels of the earth and spreading everywhere. So he wrote that odious prayer to the Prince of the Heavenly Militias, which we, however, had abolished at the end of the celebration.

Today the earth is completely invaded by my fallen angels, and if you could see with the eyes of the spirit, you would realize that it is all dark. Totally dark.

If you saw the infernal monsters acting around the world you would die of fear for the horrible shape they have. Yet you don’t believe it.

Exorcist: In the name of the Holy Trinity tell me what do you plan to do against humanity?

Lucifer: Destroy it with all my might. Reduce her to slavery. In a word: Damn her.

I must cause wars, devastation, catastrophes, leading you to exasperation and blasphemy.

I have to aggravate the crisis, reduce more and more people to poverty, leading them to the despair of not being able to free themselves.

Then I have to radically transform your so-called civil society into a big pig roll. I make you wallow in it, only to get lost in hell.

My servants are already at work, many have to do the dirty work that I have commanded them to do, to the end.

The earth must be a huge graveyard, where the few survivors will be forced to worship me and serve me as a god. This is my goal: to be god instead of him.

Many worship me, others invoke me, still others adore me. But they don’t know they are already damned. For a handful of euros and some pleasure they give themselves to me, ending up giving themselves to my claws.

Time is running out and I am completely occupied with increasing the number of those who pass by our side. Everyone must recognize me as the only gentleman, even if I am a nothing.

Exorcist: In the name of Saint Gemma Galgani, of Saint Teresa of the Child Jesus, of Saint Maria Goretti, what must we do to overcome you and save our souls?

That up there forces me to answer you.

The prayer of the Rosary, that accursed crown that so many souls tears from us, is very powerful against us, it is a hammer that crushes us.

Return to church, confess weekly and communicate often. Control each other, bear each other’s faults. Love each other and let the light of Faith shine within you. You will get peace only with the crown in your hands, only with communion often.

Go to Mass, with devotion and respect, at the cost of any adversity. It and it alone can save you from eternal damnation. It is a powerful shield against hell, against temptations, against the seductions of Evil.

Pray for Pope Benedict, he suffered a lot for the sins committed in the Church, the weight of the same weakened him in body and soul, but I did not overcome him.

Pray for the Cardinals, MANY OF WHOM MINE, pray for the bishops who now go on their own.

Pray for priests need the support of your prayers. Pray for enemies, friends, strangers, distant ones, and He will remember you.

That one up there is sad because every day he sees many of his children falling to hell, despite his continuous appearances, which hardly anyone believes.

Her tears shed for the pitiful state in which many souls live, are about to end and will leave room for the punishments of Heaven “. 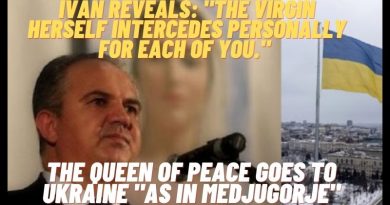 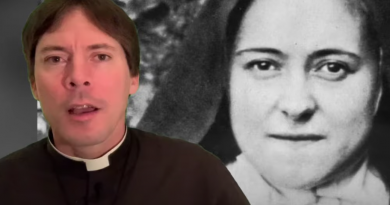 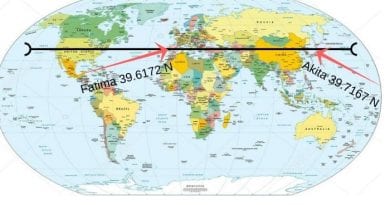 Those who follow Catholic prophecy are familiar with some of Father Rodrigue’s sensational predictions of a coming time of tribulation.