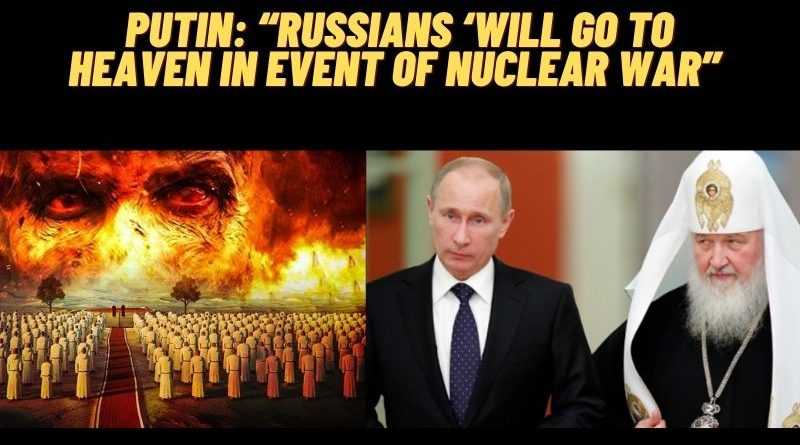 MOSCOW REGION, RUSSIA – SEPTEMBER 19, 2018: Russia’s President Vladimir Putin (L) and Patriarch Kirill of Moscow and All Russia at a ceremony to bless the foundation stone of the Russian Armed Forces’ main cathedral in Patriot military park. The cathedral is to be built by 2020, the year of the 75th anniversary of the Victory in the Great Patriotic War of 1941-1945. Alexei Nikolsky/Russian Presidential Press and Information Office/TASS

Sochi (Russia) (AFP) – Russians will “go to heaven” as martyrs in the event of nuclear war because Moscow will only ever use nuclear weapons in retaliation, President Vladimir Putin said Thursday.

“We have no concept of a preemptive strike,” Putin told a forum of international experts in the southern city of Sochi in response to a question from the audience.

“In such a situation, we expect to be struck by nuclear weapons, but we will not use them” first, he said.
“The aggressor will have to understand that retaliation is inevitable, that it will be destroyed and that we, as victims of aggression, as martyrs, will go to heaven.

“They will simply die because they won’t even have time to repent,” he said to some laughter from the audience.

In 2016 he called for the country to reinforce its military nuclear potential.

KEY POINTS
The Pentagon will move some of its Europe-based forces further east and deploy additional U.S.-based troops to Europe, as the crisis on Ukraine’s border with Russia escalates.
President Joe Biden will send 2,000 troops in the U.S. to Poland and Germany, where they will join other troops, NBC News reported, citing a senior administration official.
Another 1,000 who are already in Europe will be moved to Romania, the official added. 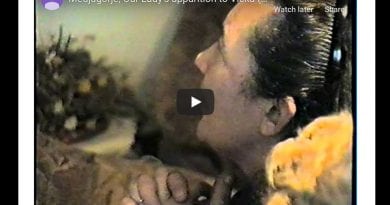 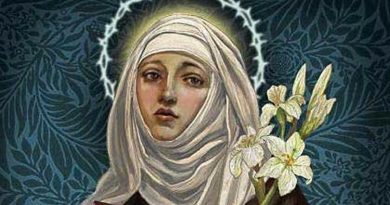 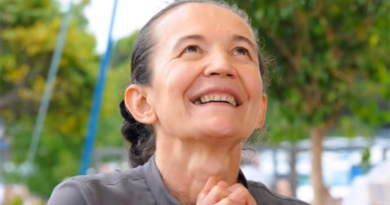 On Friday, January 2021, civil society celebrates the coming of a new year, 2021. Whereas the believing community, the Church,

MEDJUGORJE: SPECIAL PRAYER FOR PEACE IN UKRAINE TO OUR LADY – THE WORLD NEEDS PRAYER – PLEASE PRAY IT TODAY