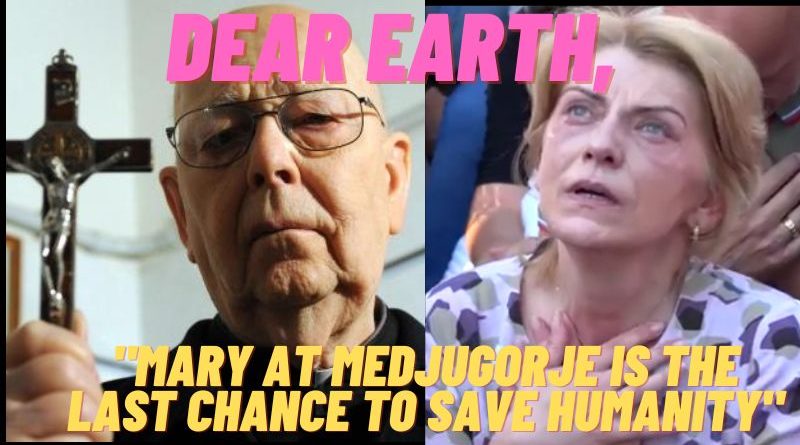 Father Gabriele Amorth was famous for being known as the “Vatican’s Exorcist”. Movies of his life have been made and many books have been written about his astonishing life and his life long battle with the devil.
Fr. Armoth was also known as a great believer in Medjugorje, but more than that he spoke dramatically of the importance of the Blessed Mother appearing in Medjugorje at this critical time on earth.

The famous exorcist said: “God has given us Mary as the last chance to save humanity. Medjugorje is the most important apparition of our times, this moment is the fulfillment of Fatima and Lourdes.”

In his writings, he spoke of the Queen of Peace of Medjugorje and defined the apparitions as “a massive work of catechist, which directs us, every day, to the ways to win the battle against evil.

Fr. Armoth, in a televised interview , spoke of this time of trial on earth: Christ says clearly: you are either with Him or you are with Satan. There doesn’t exist another way. The biggest success of Satan is what we all see, He managed to construct a world culture without God. And the Madonna of Medjugorje has come specifically to bring back the world to God.

Satan makes evil to appear as if a conquest, like a progression, like something good. But I want to emphasize and there can be no doubt that today Medjugorje is a place in the world that defeats satan, a place where one confesses more, where more conversions are coming. But Satan is active. The plans of satan are first: The Atomic War, to destroy the entire world with weapons of mass destruction. Second: Satan wants to distance the world from God, make people fall into sin and then bring them to hell. This is the normal activity of Satan that touches all of mankind. Satan says: ‘Do all that you want.’ Jesus says: ‘No, if you want to be saved, you must follow the ten commandments.’

Father Amorth spoke about the dangers of not believing in the fruits of Medjugorje:
He said freely: “I am opposed to these Bishops and priests who do not believe in Medjugorje, because I think strong views of the Church should be pronounced only when the facts are over. Medjugorje has lasted for many years without any moral crisis. We have a law of the Church, which is the most important, to make us distinguish extraordinary facts from facts that are not fully known. Jesus said “from the fruits we know the plant . With Medjugorje we have proof of the existence of the spiritual fruits.“ Medjugorje emphasizes prayer, and whoever prays the Rosary every day will have with him the most powerful of all destructive weapons.

” Medjugorje is the most important of the apparitions , the fulfillment of Fatima and Lourdes”. “A new push was essential, the leading message of firm faith, as in Fatima, on the return to Christian life, to prayer, to fasting; an outpost in the fight against the devil “.
Our Lady’s messages always try to invite us to change our lives, to direct our conduct towards good, according to the teachings of Christ, showing us how the authentic Christian behaves. “Satan is afraid only of prayer and in particular he fears the Rosary”.
My message, my advice is, therefore, very clear: never stop praying, to increase our faith, all the rest will be strengthened and defended by the intercession of Mary. 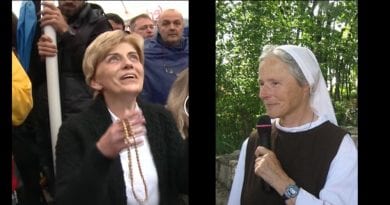 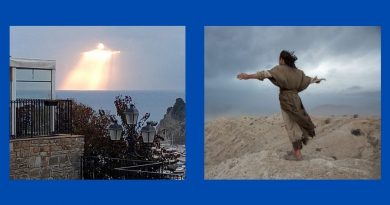 The Strategy to Destroy the Church and State: The Gates of Hell Will Not Prevail Against It The American people