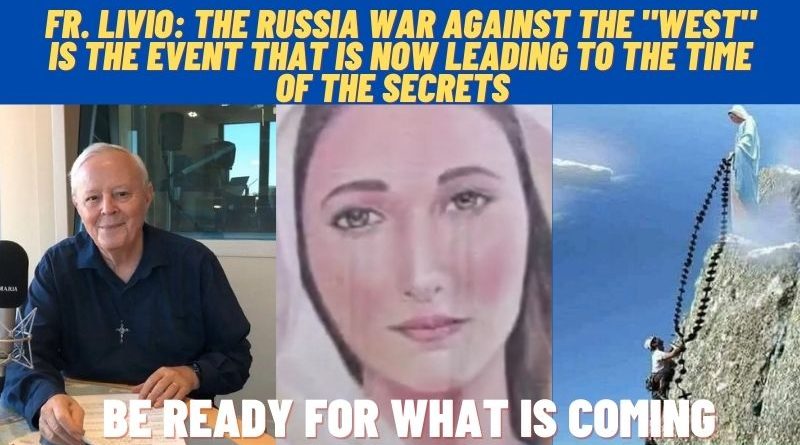 Over all these years, Our Lady has gradually revealed her plan to us, made us participants and involved us. You recently also said that we are needed to carry out your plan of salvation for the world and for the Church.

At the same time, Satan also implemented his plan that we can stop with prayers, fasting and renunciations, as the Queen of Peace has said several times. Satan’s plan is increasingly dangerous because she wants to destroy life and the planet we live on.

On the one hand there is this development of satan’s attack on the work of Creation (life and the planet) and on the work of Redemption (faith). Our Lady is here to counter this destructive plan of satan and bring peace.

Since the beginning of the apparitions of Medjugorje, the two themes that have guided all the development concern life and faith. The visionaries of Medjugorje have told us clearly that the Secrets are about war, therefore the world, and the Church, therefore faith.

This is the trajectory that has lasted for over forty years now. Satan wants to destroy human life, our planet, faith and the Church in such a way as to hoard souls and bring them all into his infernal kingdom. Satan reaps souls. We rejected the faith and the Cross.

We got lost. Satan’s plan was realized in that man put himself in the place of God. These are all statements taken from the messages of Our Lady who clearly sees from Heaven what happens on Earth.

Satan’s plan is being realized, it is reaching its fullness. At the same time, Our Lady also worked to strengthen the faith and the Church; you have chosen a parish that you have led from the beginning and have attracted pilgrims from all over the world; you have strengthened the entire priestly order by calling hundreds of thousands of priests to Medjugorje in these forty years. The Queen of Peace prepared the Church, she prepared the Apostles of her love for her.

While Satan carried out his plan of destruction, Our Lady carried out her plan of resistance by strengthening the faith and the Church. By soliciting prayer and fasting, the Queen of Peace brought about the collapse of Communism in 1991. This was a great victory for Our Lady.

This is the perspective we have behind us and it is now reaching a climax. The clash between the Woman and the dragon with their respective objectives (the Triumph of the Immaculate Heart of Mary on one side and the destruction of the world on the other) is entering the final phase that will take place in the time of the Secrets.

Mary’s plan, which began in Fatima and which will be implemented in Medjugorje, is still in progress.

Already in 1917 Our Lady prophesied the great evolution of Russia which would bring its errors into the world, would destroy the nations, would bloody persecute the Church (as it happened). There is no doubt that both in the messages of Fatima and in those of Medjugorje Russia plays a prominent role, as a protagonist. And she carries it out in an antichristic function.

The Russian people have within them the characteristics of a world empire. The goal is very simple: relying on the Orthodox Church, Russia would carry out the “divine” mission of defending Christianity from Babylon, that is Europe and the whole West which must therefore be destroyed.

While it is inconceivable and terrifying, it is a thesis that stands. The attack on Ukraine (in the Russian view) is an attack on the West which has betrayed the faith, which has adhered to the religion of gender. These accusations are made explicit by the Russians’ own words: “We faithful to Christianity, you have gender,” said Aleksandr Dugin, the famous Russian political scientist. More explicit than that …

The engine of this war, then, is to rebuild the Russian empire of Peter II to free the West from ideological slavery. From the Russian point of view, the current war would then have a liberating and messianic function, with the aim of destroying the West and ensuring that Babylon (Europe) is annihilated. This is Russia’s war of ideals and it would therefore have a saving mission to carry out at all costs! Russia aspires to become mistress of the world, not only territorially.

Satan is convinced that with this war (seasoned with false saving intentions!) He will destroy the world and thus will be able to reach his goal of domination. Satan is playing all his cards, he is putting all his strength into play. In fact, as Our Lady said repeatedly in the last messages, never before has Satan been so strong .

Satan’s plan will fail. We know that the Immaculate Heart of Mary will triumph and there will be a time of peace for the world. For this we must be her collaborators, Apostles of her love for her and respond to her call. 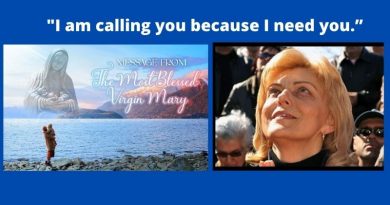 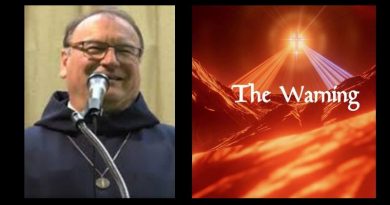 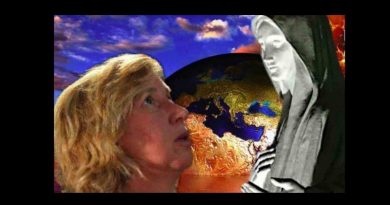