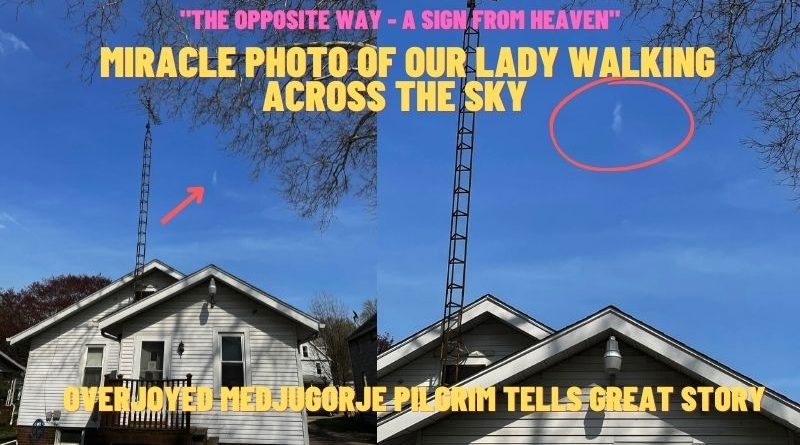 I really enjoy your website, mysticpost.com.  Thank you for all your efforts.  I can only imagine how difficult it is to put together and maintain something like this.

I wanted to share a grace that I received from our Blessed Mother.  I am 60 years old and traveled to Medjugorje twice in 1989.

On April 22, 2022, I was sitting by my garage behind my house praying the Most Holy Rosary.  It was a beautiful day as you can see from the picture.

It was a very breezy day.  The wind was blowing very strongly from the south, which is right to left in the picture.  I was watching the clouds move swiftly in front of me for over an hour as I prayed.

I then noticed a cloud coming out of the distance from the far left of the antenna in the picture.  I did not think much of it.

Then, I noticed that it was moving from left to right against the wind.

I became really intrigued by how it could be moving in the opposite direction from the rest of the clouds on such a windy day.

Then, as the cloud passed the antenna, moving to the right, Our Lady appeared and began walking across the sky.

I was mesmerized.  She was much more clear in detail to me than the picture displays.

I sat in awe and appreciation.  It took me 2 or 3 minutes before I even thought about taking a picture, by that time Her image had begun to fade somewhat.

Attached is the picture I finally took.

Although I have received a lifetime of graces from Her, this one felt so special.

I know She is with me all the time. 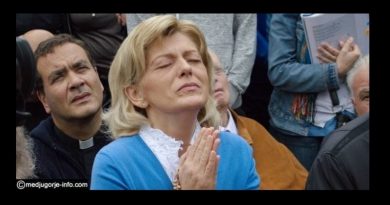 Mirjana: “I see the battle that Our Lady is fighting. She is preparing her army of love. “ 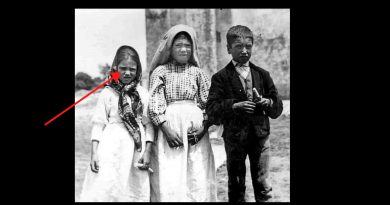 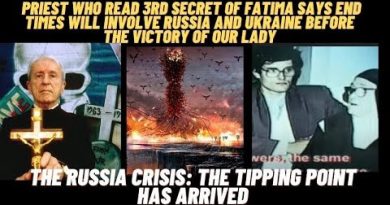 Most Reverend José H. Gomez Archbishop of Los Angeles Address delivered by video to Congress of Catholics and Public Life