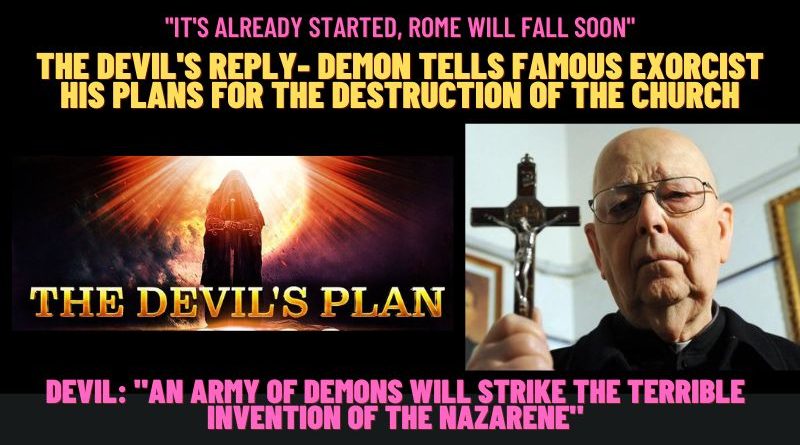 “If Christians knew the power of the Rosary, it would be the end of me!” We share excerpts from private dialogues between Satan and Fr. Gabriele Amorth, an exorcist in Rome who died recently at the age of 91. Satan and this priest confronted each other on many occasions. Fr. Amorth heard it all—difficult, harsh discussions, and of course full of lies, because the devil’s action is based on lies.

THE DEVIL’S REPLY Fabio Marchese Ragona, who is the curator of the Stanze Vaticane blog, wrote, “During an exorcism, Fr. Amorth had asked the devil when he would leave the possessed girl’s body. The devil replied that he would remain until December 8. This turned out not to be true, and when Fr. Gabriele reproached him for the lie, the devil said in reply, ‘Haven’t they ever told you I’m a liar?” (Faro di Roma, September 2016).

HOW CAN THE DEVIL BE INTERROGATED? Fr. Gabriele Amorth confided to the website Luce di Maria (May, 2015) that “exorcists interrogate the devil and get answers out of him.” But if the devil is the prince of lies, what use is it to interrogate him? “It’s true that we sift through the devil’s answers afterwards; perhaps the Lord forces the devil to tell the truth to demonstrate that Satan has been defeated by Christ, and is also forced to obey Christ’s followers when they act in His name.” Read more: Pope Francis: You can’t dialogue with the devil!

THE WORST HUMILIATION According to Fr. Amorth, the evil one often “expressly declares that he is being forced to speak, which is something he will do everything to avoid. But, for example, when he is forced to reveal his name, it is a great humiliation for him—a sign of defeat. But woe to the exorcist who gets lost in questions of curiosity (which the Rite expressly forbids) or if he lets himself be guided by the devil in a conversation! Precisely because he is a master of lies, Satan is humiliated when God forces him to tell the truth.”

“I AM STRONGER THAN GOD” In an interview with Urlo Magazine (2009), Fr. Amorth recounted, “Once, it happened that I asked a demon why, despite his superior intelligence, he preferred to descend into hell; he answered, ‘I rebelled against God; thus, I showed that I am stronger than He is.’ Therefore, for them, rebellion is a sign of victory and superiority.” 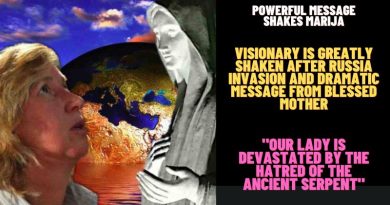 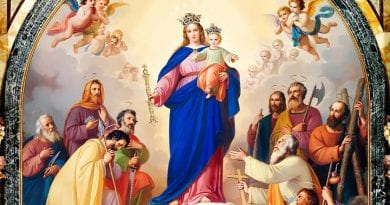 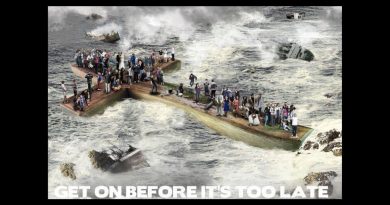 Excerpt from Fr. Ivan Dugandzic’s Homily for the 39th Anniversary of Our Lady’s coming to Medjugorje. “Dear brothers and sisters,