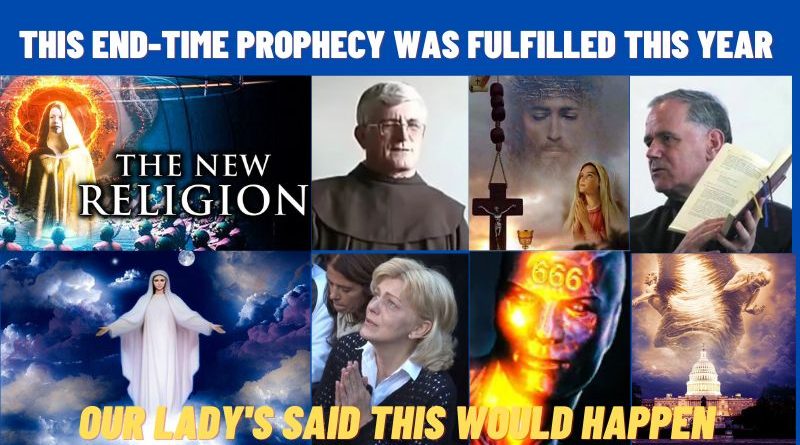 Elites are Rising Against God’s Plan for Humanity In the early days of the apparitions the Queen of Peace told the visionaries that the day would come when ‘The WEST will make civilization progress, but without God, and will act like their own creator.”

In the year 2022 many signs of this prophecy coming true are beginning to manifest themselves across the globe. We are witnessing a revolution of civilization. The economic elites have decided to change the world and also the human being, to make a more efficient world according to them. Everything that is happening on a large scale in the world is due to this movement.

And what do they want? What is your plan? How will it affect the majority of the population? The world is witnessing the attempt of the globalist economic elites to reform the world based on technology, for their own benefit. This is not a lie or a conspiracy theory, but rather what the World Economic Forum says publicly, which is what it is trying to carry out and is already making progress in its implementation.

So all the large-scale things that are happening in the world today revolve around this project, which implies a redefinition of the human being. It is indeed a revolution like never before, because they have turned things around. Instead of putting the human being first, they argue that we must advance with technology as a goal and that this will change the human being.

They prioritize artificial intelligence, robotics, the internet of things, autonomous vehicles, 3D printing, nanotechnology, biotechnology, etc. They want to advance technologies until the limits between the physical, the digital and the biological of the human being disappear.

The main ideologue of this process is the historian Yuval Harari, who does not believe that man has a soul, but rather that it is a set of biochemical algorithms that have been refined over millions of years of evolution. He has said that “biotech and infotech will give us the power to reshape ourselves.”

He asserts that we have now reached the point where the human brain has lost its status as the most complex in the universe. And that the human being is obsolete, because the world has become too complicated for our hunter-gatherer brains. The philosopher behind the Great Reset claims that our rights and our religions are fantasies that will cease to exist as soon as we stop believing in them, due to the broadening of our experience. And what alternative do the globalist elites offer us? Just one.

Allow yourselves to be dominated and recreated by technology, as a new humanity, allowing Artificial Intelligence to direct the life of each one of us and the planet, and allowing the human body to have a symbiosis with machines. This new world, pursued by the global elites, is precisely what Our Lady has warned about for many years in Medjugorje. In what we call Medjugorje’s “Great Prophecy”, Our lady said, “The West will make civilization progress but without God and will act like their own creator. Today in the world we have reached this point and Fr. Livio has spoken about this often But first This is “Satan’s hour”, that this time is his time.The Apocalypse is before our eyes, The signs are clearly visible for all those who have the humility to look at them.

Our Lady is warning us of the dangers of the loss of faith. She admonished us by telling us that we have rejected the faith and the Cross and that we have become pagans. We ourselves are aware of all this, because we see it in our real life and we have adapted to live without God.

The plan of the prince of this world is to eliminate the Church, to “reap and harvest souls” by taking them to hell, to destroy our lives and the planet we live on. But Our Lady will prevent it. The Queen of peace has promised us at Fatima and now in Medjugorje, that in the end the IImmaculate heart of Mary will triumph. 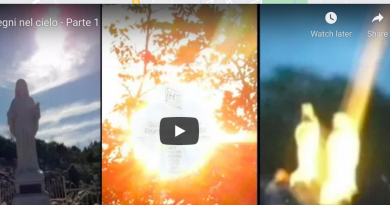 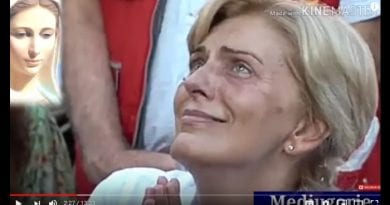 Source – Papaboys 3.0 Medjugorje is not only a place where the presence of Mary and Jesus are lived in

Because Jesus LOVES his Mother and gave her to us at the cross, Jesus wants us to love her