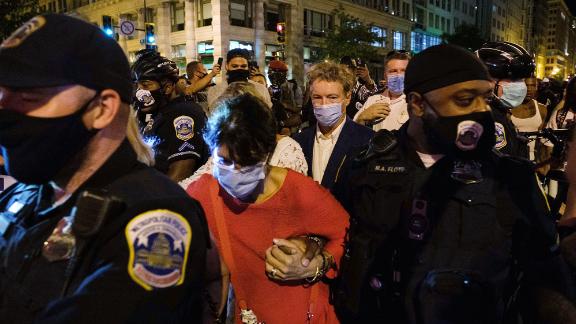 Thursday night felt like being in a terrifying dystopian novel. The mob swarmed me and my husband, Sen. Rand Paul, in a tight circle, screaming expletives, threats, and shouting, “Say her name.” We rushed up to two police officers, and I believe that is the only thing that kept us from being knocked to the ground. Even pressed against the officers, we were greatly outnumbered.

As the mob grew and became more threatening, we literally could not move, and neither could the two officers for several minutes. The rioters were inches from us, screaming in our faces.

That was the worst part. At first, I attempted to meet the eyes of one of the protesters and tried to explain that Rand authored the Justice for Breonna Taylor Act, but it seemed to just infuriate them more, as they called me a “bitch” and “racist wh—” alongside an endless torrent of “f— yous.”

Mobs are terrifying. They looked at us with no humanity — just a vicious and righteous zeal. After that, I just kept my eyes down and prayed. All I could think of was the driver who was pulled from his car, viciously kicked in the head and left lying in his own blood in Portland, Oregon, last week.

Now the Associated Press is reporting that Rand used the word “attack” to describe our ordeal “without evidence.” This is disgusting and utter proof of their bias.

When you are surrounded by throngs of people screaming in your face and preventing you from getting away, that is an attack.

After several harrowing minutes, additional officers arrived with bikes and surrounded us to create a moving barricade to escort us to safety. The video showing us walking is after the additional police had arrived. Before that, we were pinned in the center of a swirling maelstrom of hatred and threats. Those in the media and in government who have downplayed the last three months of burning, shootings, murder, looting, and destruction have fomented this horrific violence.

Since his election in 2010, Rand has made criminal justice reform a priority and has sponsored dozens of bills to address civil asset forfeiture, overcriminalization of nonviolent drug offenses, and the racial disparities in sentencing caused by the 1994 crime bill. I serve on the board of a bipartisan criminal justice reform group and worked hard to lobby for passage of the First Step Act. I have appeared with Alice Marie Johnson and Matthew Charles at events and on various TV programs to advocate for more reforms.

The mob screaming in our faces seemed ignorant of the fact that Rand had authored the Justice for Breonna Taylor Act, calling for a ban on no-knock raids. Either that or they just didn’t care because their hatred of President Trump makes them feel righteous and justified as they terrorize people and burn cities.

Several of our friends were also attacked trying to make it to their hotels last night, including one who had his glasses slapped off his face, another who was pepper-sprayed by a rioter, and a woman who was punched in the back.

In the last three years, my husband was shot at by the Bernie Sanders supporter who nearly killed Rep. Steve Scalise, had six ribs broken and his lung damaged by a vocal internet hater of President Trump, and endured numerous death threats against him and our family. An MSNBC reporter literally said on air, laughing, that Rand’s assault was her favorite news story of the week. She was hardly criticized or made to apologize, let alone fired.

People such as Bette Midler and Nancy Pelosi’s daughter regularly tweet out encouragement of the man who nearly killed Rand, which is amplified by thousands of their followers.

My message to all of them is this: You have become exactly what you say you hate — violent, close-minded, authoritarian, and utterly lacking in empathy. 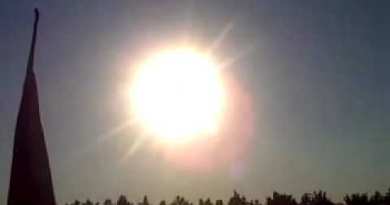 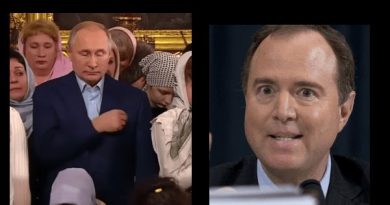 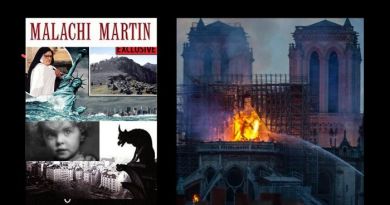 Janko: Can someone destroy this sign? Vicka: Nobody can destroy it. Janko: What’s your opinion? CHECK OUT MYSTIC POST’S NEWS AGGREGATOR

Lord Jesus Speaks to Gisella Cardia about Satan in special message: “The time is over. Watch what will happen soon — very, very soon. I bless you; children, one by one,”

MAY 23, 2019 / A SOUL Father Michel Rodrigue of the Apostolic Fraternity of Saint Benedict (Canada) – Facebook Post about

Our Lady of Beauraing appears 33 times before the tragedy – “I am  the Immaculate Conception, the Mother of God, the Queen of Heaven.”