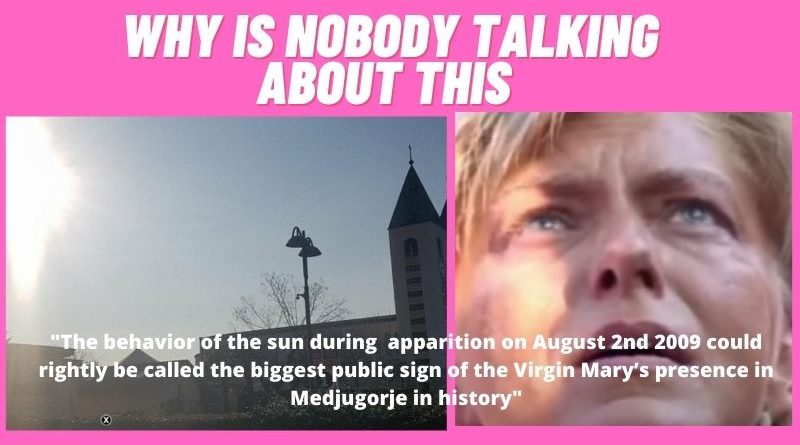 At Nine o’clock in the morning on August 2nd 2009, the area around The Blue Cross at the foot of Apparition Hill in Medjugorje an estimated 50,000 people were gathered, many among them were young people who came for the Youth Festival.

Then Thousands saw the sun miracle during Mirjana’s apparition.

The behavior of the sun during Medjugorje visionary Mirjana Dragicevic-Soldo’s apparition on August 2nd 2009 could rightly be called the biggest public sign of the Virgin Mary’s presence in Medjugorje for many, many years.

About 50,000 people watched in awe while the sun pulsated like a heart in the sky.

A video also shows how completely insensitive Mirjana is to the direct sunlight that her right eye is being exposed to for minutes. This confirms the scientific finding that, during the apparitions, the Medjugorje visionaries do not react to any external stimuli. 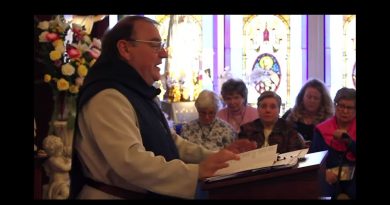 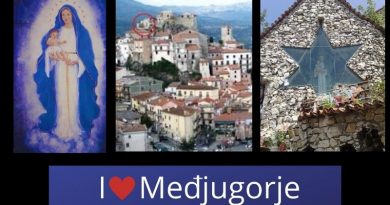 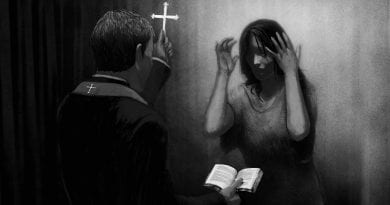 Source “Face to Face in Africa” In Senegal, on an annual basis, tens of thousands of faith-believing people, mostly Catholics,