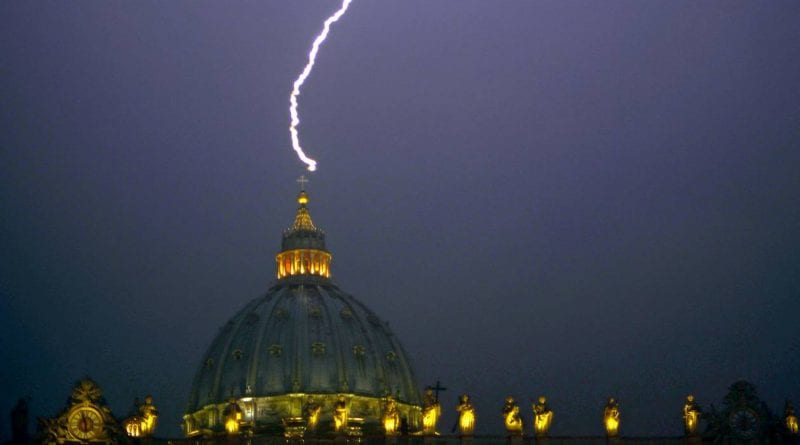 Let’s look at the facts that are available from reliable sources about the Medjugorje apparitions, particularly information relevant to the “Ongoing Apparitions”.  But first  let’s remember that the Ruini commission voted to recognize the first early apparitions as “supernatural in nature”.  This is an incredibly important revelation. An overwhelming majority of commission members voted to recognize the early days of the apparitions as authentic.    Universally, the critics of Medjugorje treat this bit of news as barely relevant. Let me repeat myself: the origins of the Medjugorje apparitions have been determined by a Vatican commission to be supernatural in nature.

Now let’s look at the “Ongoing apparitions” which most Medjugorje critics have focused on because “doubts” of authenticity were part f the commission’s findings according to the the leaked  report to Vatican Insider.

“On this point, 3 members and 3 experts say there are positive outcomes, 4 members and 3 experts say they are mixed, with a majority of positive, effects and the remaining 3 experts claim there are mixed positive and negative effects. If, in addition to the spiritual fruits, the behaviors of the seers is also taken into account, eight members and four experts believe that an opinion cannot be expressed, while two other members have voted against the supernatural nature of the phenomenon. “

It’s a little confusing but the truth is 3 members and 3 experts voted on a positive outcome  on the ongoing apparitions ..That’s 6 votes in favor.  Then 4 members and three experts voted “a mixed with a MAJORITY POSITIVE effects ..That’s another 7 members voting mixed to positive. That’s 13 members saying positive things about the ongoing apparitions.  Only TWO members voted against the supernatural nature of the phenomenon.. Two members.

The conclusions from the experts is they  simply are not ready to express an opinion on the ongoing apparitions but most members viewed the events in a positive manner.  What Medjugorje critics have trouble understanding is that most folks who believe in Medjugorje do not expect the Pope to say “Yes, the visionaries see the Virgin Mary, go to Medjugorje and see for yourself.”  This is not going to happen.  The Church is being very careful on the subject of ongoing apparitions and Mystic Post completely supports this approach.

Despite the fact the commission viewed the ongoing apparitions in a positive light,  leading Medjugorje critic, Church Militant,  breathlessly pounced on the fact that a stamp of approval was missing from the Vatican’s conclusions. Church Militant writes:

“The Ruini Report issued earlier this year issued an overwhelmingly negative judgment regarding the authenticity of the vast bulk of so-called apparitions.

Another important fact that critics refuse to acknowledge is that no fraud or hoax as been attached to Medjugorje.  Most Medjugorje critics have always believed that Medjugorje was some sort of money making scheme, a fraud, or hoax, yet no evidence of fraud has emerged . This alone is newsworthy in that critics have always believed  a hoax was right in front of everybody’s  nose. Church Militant particularly  has been wrong and irresponsible on making these accusations.

Below are the names of the experts and commission members of the Ruini Commission. I publish this here to give the reader an idea of the quality of the investigation into the ongoing events at Medjugorje.   In contrast to these experts virtually every critic of Medjugorje has done nothing more than cobble together negative information found on the internet put together by cyber trolls.

The Ruini Commision:  From 17 March 2010 to 17 January 2014, a commission chaired by Ruini was set up for the will of Benedict XVI. In addition to the former chairman of the CEI, Cardinals Jozef Tomko, Vinko Puljić, Josip Bozanić, Julián Herranz and Angelo Amato took part. The psychologist Tony Anatrella, the theologians Pierangelo Sequeri, Franjo Topić, Mihály Szentmártoni and Nela Gašpar, the Mariologist Salvatore Perrella, the anthropologist Achim Schütz, the canonist David Jaeger, the speaker of the causes of the saints Zdzisław Józef Kijas, the psychologist Mijo Nikić and the official of the Doctrine of the Faith Krzysztof Nykiel. Their task was to “collect and examine all the material” about Medjugorje and to present “a detailed report” followed by a vote on the “supernatural nature or not” of the apparitions as well as the most appropriate “pastoral solutions”. The committee met 17 times and screened all documents filed in the Vatican, the parish of Medjugorje and the archives of the secret services of the former Yugoslavia. The commission heard all the seers and witnesses involved, and in April 2012, they carried out an inspection in the village of Herzegovina. 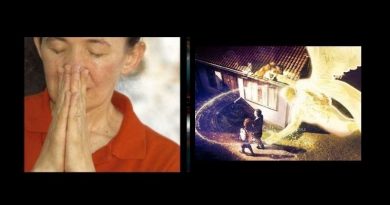 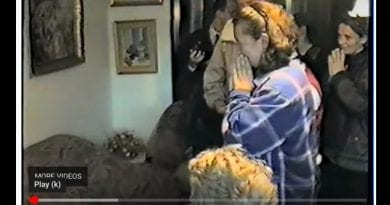 The Italian football coach Roberto Mancini and Our Lady of Medjugorje