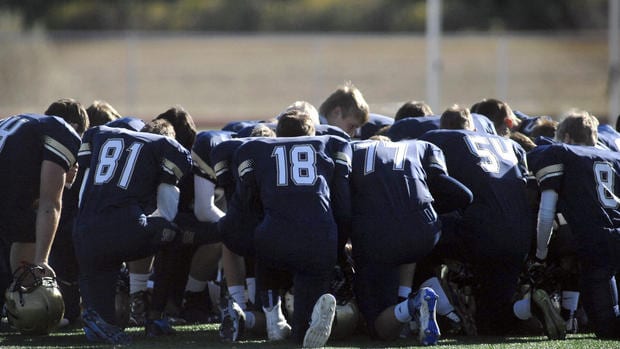 “For whatever reason in America, if individual players kneel in protest at a football game, that’s seen as free speech,” Lankford told reporters.

“We do have high school coaches that have kneeled in silent prayer, and they’ve been fired,” he added. That’s an apparent reference to a high school coach in Washington state who was suspended for praying at the end of a game.

“We can’t say to one football coach, you’re fired if you kneel in silent prayer at the end of the game, but to a player, if you kneel in protest at a game, you’re celebrated,” Lankford said. “We’ve got to be able to determine where we are as Americans on that, if we’re going to honor all free speech and all free exercise of religion, we ought to be able to honor that universally.”

Several NFL players took a knee during the national anthem on Sunday, after Trump called on the NFL to fire any player who doesn’t respect the country and the flag by standing for the anthem.