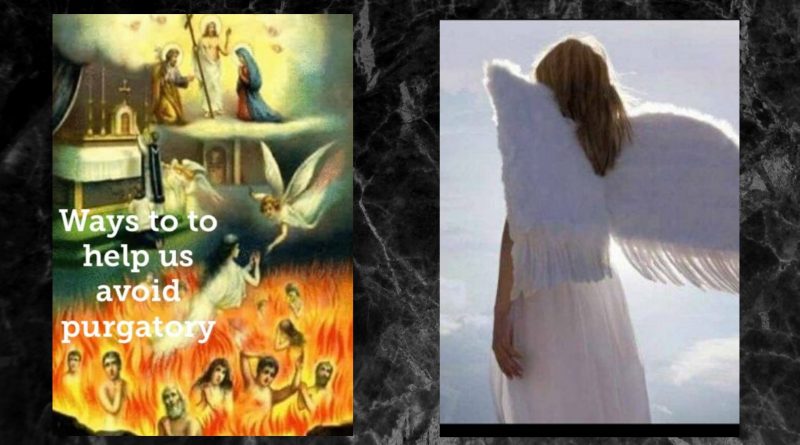 WAYS TO HELP US AVOID PURGATORY

Purgatory is a great gift from God…one final opportunity to be purified. The fact is, however, that it’s God’s wish that we never need it. After all, what loving Father would desire to be separated from his son or daughter even one extra moment than necessary? God gives us every opportunity we need in this life to be perfected, because he desires us to be fit upon death to be with him.

How can we best avoid purgatory? Here are five easy ways.

1. Get Holier through the Sacraments

The whole point of being Catholic is to become holier and thus, closer to God. And to become holy, you need grace. Go to confession often–weekly if possible. God to Mass as often as possible, too, so you’ll receive the grace from the Eucharist. Try to make morning Mass at least one extra weekday if you can. If you’re ill or having a medical procedure with serious risk, request the Anointing of the Sick from your priest. Do your best to receive sacramental graces as often as possible.

As described in part 1, one of the many purposes of suffering in this life is to atone for the temporary, earthly effects of our sins. So instead of kicking and screaming when life’s inevitable suffering and sacrifices come your way, embrace them and offer them to God to expiate your sins (or that of loved ones). Offer even small frustrations to God for atonement, like getting cut off in traffic or dealing with a grouchy toddler or ill. One easy way to do this is to make a Morning Offering. Then God can use everything that happens for your spiritual benefit.

Especially efficacious, too, are indulgences through the Church. In essence, an indulgence is God saying, “I forgive your debts; you owe nothing to my justice.” It removes even the temporal punishment due to sin. To gain an indulgence, we must generally do four things: receive Confession, receive the Eucharist, offer prayers for the Pope, and perform a good act. And if we do these things without attachment to sin, then God forgives not only the guilt of our sin, but the debt we owe, too. To learn about the Biblical and historical foundation for indulgences, visit Catholic Answers here

4. Get Close to Your Mother

The Virgin Mary is perhaps our most powerful intercessor when it comes to purgatory. As she told St. Bridget, “I am the Mother of all those who are in the place of expiation; my prayers mitigate the chastisements which are inflicted upon them for their faults.”

Mary’s intercession is illustrated beautifully in a vision given to Blessed Renier of Citeaux. This religious, who had a great devotion to Mary, was one day thinking about purgatory, and became fearful of facing Divine Justice. He was caught up in a vision, where he saw the Mother of God advocating for him with Jesus.

“My son, deal mercifully with him in Purgatory, because he humbly repents of his sin,” he heard the Virgin say to Jesus. To which Our Lord replied, “My Mother, I place his cause in your hands.” Renier understood with unutterable joy that his devotion to Our Lady had merited him an exemption from purgatory.

The Venerable Sister Paula of St. Teresa, a Dominican religious in Naples, also witnessed the Blessed Virgin’s especial love for souls devoted to her. One day Sister Paula was transported in spirit to purgatory, and was surprised to find it illuminated by a bright light. She’d had previous visions of purgatory and it had always been a dark and gloomy place. While wondering about the difference, she saw the Queen of Heaven surrounded by angels and giving orders to liberate those souls who had especially honored her during their lifetime.

According to many revelations, this happens every Saturday, and also on every Marian feast day. The Feast of the Assumption has been revealed to be the day Mary shows the greatest mercy, delighting to introduce a large number of souls into the glory of heaven on the anniversary of the day she herself first entered the full glory of God.

5. Ask the Angels for Help

Revelations from numerous saints have confirmed that our guardian angels’ devotion and service to us continues in purgatory. Blessed Emilia was a Dominican religious in Italy, and her convent had a rule never to drink between meals without the express permission of the Superior. Not that this permission was lightly given; Prioress Amelia advised her sisters to make the sacrifice cheerfully, in memory of the burning thirst our Savior had endured for us on the Cross. To encourage them, she suggested that they confide the water they would have drunk to their guardian angels, that their protector might preserve it to temper the heat of purgatory.

One day a sister named Cecilia was very thirsty and asked for water. When the Prioress did not give permission, but instead encouraged her daughter as mentioned before, the young nun went away grieved but she obeyed her superior.

A few weeks later Sister Cecilia died, and after three days she appeared to Mother Amelia, shining gloriously. “O Mother,” she said. “How grateful I am to you! I was condemned to a long purgatory for having had too great affection for my family, and behold, after two days, I saw my guardian angel enter my prison, holding in his hand the glass of water which you caused me to offer as a sacrifice to my Divine Spouse. He poured that water upon the flames which devoured me, they were extinguished immediately, and I am delivered. I take my flight to heaven, where my gratitude will never forget you.” 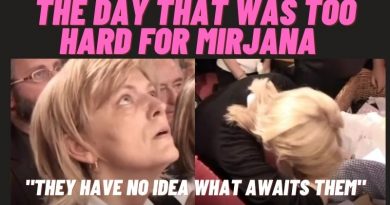 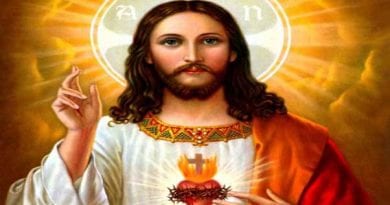 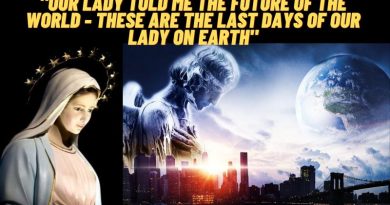 Medjugorje Today January 24, 2021 – The 3 Prophetic Times Our Lady Spoke of the Devil coming true today – “Fight against all the evil plans which the devil offers you through modernism..The devil wants peacelessness and disorder,”

Is the chaos in the United States manufactured by the devil himself?  Americans remain sorely divided as the new administration’s