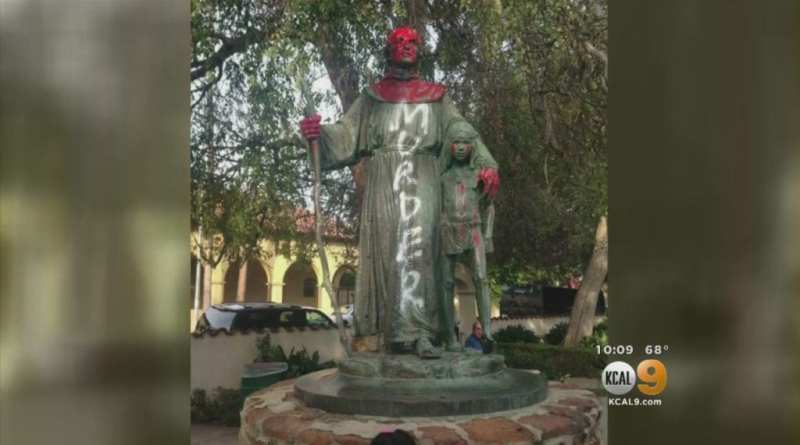 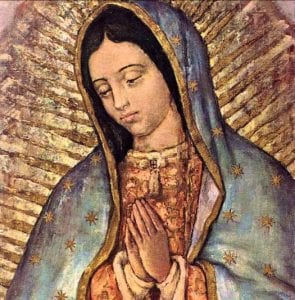 “This New World has been won and conquered by the hand of the Virgin Mary. Our Lady of Guadalupe is often considered a mixture of the cultures which blend to form Mexico, both racially and religiously Guadalupe is sometimes called the “first mestiza“or “the first Mexican”. In the Journal for the Scientific Study of Religion, Mary O’Connor writes that Guadalupe “brings together people of distinct cultural heritages, while at the same time affirming their distinctness.”

When considering the cultural and historical significance of the apparitions of Our Lady of Guadalupe,  it is very common to view the mystical events from the rather narrow context of how the miraculous image of the Virgin Mary that appeared on Juan Diego’s “Tilma” led to the rise of Christianity in Mexico.   The conversion of millions of Aztecs to Christianity also ended the long and gruesome era of pagan rituals and human sacrifice.

But the mystery of the apparitions of Our Lady of Guadalupe runs deeper when we look closely at some important events with respect to race and religion that occurred in the early days of Mexico’s development as a nation. And importantly  how these early events, in part, shaped the history of the United States.

On December 6, 1810 a Catholic priest named Father Miguel Hidalgo – considered the “Father of Mexico” – after battling anti-clerical leaders, issued a decree to abolish slavery in Mexico.  Earlier that year, Hidalgo had led a group of peasants in a revolt under the banner of the Virgin of Guadalupe. Father Hidalgo was assassinated in July of 1811 but his legacy to abolish slavery in Mexico would endure.   On September 15,

Earlier that year, Hidalgo had led a group of peasants in a revolt under the banner of the Virgin of Guadalupe. Father Hidalgo was assassinated in July of 1811 but his legacy to abolish slavery in Mexico would endure.   On September 15, 1829 the second President of Mexico, Vicente Ramon Guerrero, a black man – his father was of African descent – an amazingly important but little known historical fact – freed all slaves within the Republic of Mexico including the Mexican territory of Texas.  A few years prior to the new law, in 1821, Mexico accepted Americans to settle the Mexican territory of Texas, under the conditions that the settlers observe Mexican laws, including the abolition of slavery.

A few years prior to the new law, in 1821, Mexico accepted Americans to settle the Mexican territory of Texas, under the conditions that the settlers observe Mexican laws, including the abolition of slavery.

Texas had its own “Father” – Stephen Austin – who came to Texas carrying with him slaves from Arkansas.  Stephen Austin, a Protestant Christian,   held very different Biblical views pertaining to the rights to own slaves than  Catholic leaders of Mexico and these difference would ultimately lead to war between Mexico and the United States.

Early in his presidency, Vicente Guerrero sent a letter to Stephen Austin, informing him of the new law abolishing slavery in Texas.    The Mexican President immediately received a warning back from Texas not to enforce the new law.  Then in 1836 the Mexican President, Santa Anna, who succeeded Vicente Guerrero, sent troops to the Alamo, which at one time was a  Catholic outpost and church, to enforce the decree.

Most Americans, of course, are familiar with the battle of the Alamo – movies, books and Davy Crockett – have made the Alamo an iconic symbol of American culture,  but very few get past the Alamo’s heroic image of America’s fight for “freedom”.

The great irony of the Alamo is that the battle was fought by American Protestants against Catholic Mexicans because they were determined to assert their right  to hold other people in bondage.

Despite this disturbing fact, the battle for the Alamo is one of the most recognized symbols of American bravery and heroism.

Instead of a great symbol of America’s “God Given” right to fulfill its manifest destiny, one could argue, that the Alamo nothing more than a jingoistic emblem of America’s long history of racism and support of slavery.

SO when we hear the cry “Remember the Alamo” try to remember the event as an attempt by Mexican and Spanish Catholics to enforce anti-slavery laws in the Mexican territory that is now Texas. 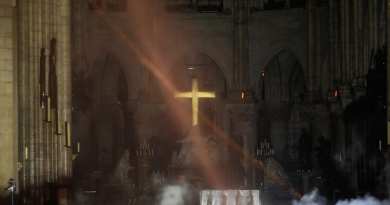 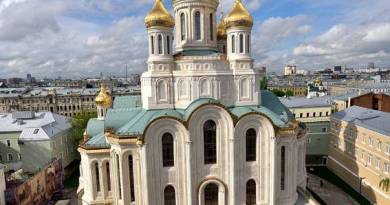 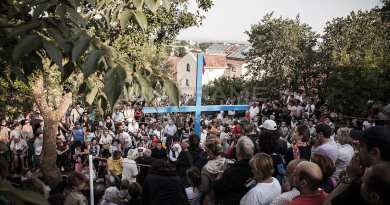 We share this interview with Father Livio about the apparitions in Medjugorje Father Livio, in a few weeks it will