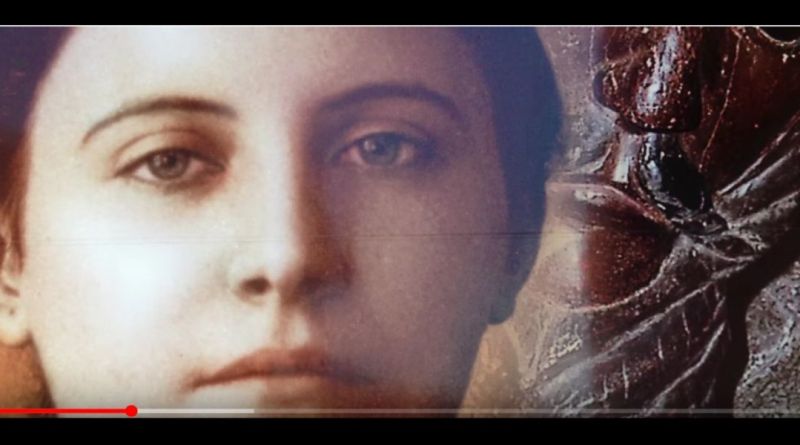 Music in this video

“At the end of her ecstasies, she returned to normal and carried on quietly and serenely. Gemma often saw her guardian angel. She sent her guardian angel on errands, usually to deliver a letter or oral message to her confessor in Rome.”

She was frequently found in a state of ecstasy and on one occasion she was believed to have levitated. Her words spoken during her ecstasies, were recorded by her confessor and a relative from her adoptive family.

St. Gemma Galgani, also known as the Flower of Lucca, was an Italian mystic often referred to as the “Daughter of Passion,” for her intense replication of the Passion of Christ. She was born on March 12, 1878, in a small Italian town near Lucca.

At a very young age, Gemma developed a love for prayer. She made her First Communion on June 17, 1887. Gemma was loved by her teachers and her fellow students, as a student at a school run by the Sisters of St. Zita. Though quiet and reserved, she always had a smile for everyone. Unfortunately, Gemma had to quit school due to her chronic ill health before completing the course of study.

Throughout her life, Gemma was to be chosen with many mystical experiences and special graces. These were often misunderstood by others, causing ridicule. Gemma suffered heartaches in reparation, remembering that Our Lord Himself had been misunderstood and ridiculed.

Gemma had an immense love for the poor and helped them in any way she could. After her father’s death, the 19-year-old Gemma became the mother-figure for her seven brothers and sisters. When some of her siblings became old enough to share the responsibility, Gemma went to live briefly with a married aunt.

At this time, two young men proposed marriage to her. However, Gemma refused because she wanted silence, retirement, and more than ever, she desired to pray and speak only to God.

Gemma returned home and almost immediately became very ill with meningitis. Throughout this illness, her one regret was the trouble she caused her relatives who took care of her. Feeling herself tempted by the devil, Gemma prayed for help to the Venerable Passionist, Gabriel Possenti. Through his intercession, Gemma was miraculously cured.

Gemma wished to become a nun, but her poor health prevented her from being accepted. She offered this disappointment to God as a sacrifice.

On June 8, 1899, Gemma had an internal warning that some unusual grace was to be granted to her. She felt pain and blood coming from her hands, feet and heart. These were the marks of the stigmata. Each Thursday evening, Gemma would fall into rapture and the marks would appear.

Such marks, called the stigmata in the language of the Catholic Church, refers to the appearance of the wounds of the crucified Jesus Christ appearing on the bodies of some men and women whose lives are so conformed to His that they reflect those wounds of redemptive love for others.

The stigmata remained until Friday afternoon or Saturday morning. When the bleeding would stop, the wounds would close, and only white marks would remain in place of the deep gashes. Gemma’s stigmata would continue to appear until her confessor, Reverend Germanus Ruoppolo, advised her to pray for their disappearance due to her declining health. Through her prayers, the phenomenon ceased, but the white marks remained on her skin until her death.

Through the help of her confessor, Gemma went off to live with another family where she was allowed more freedom for her spiritual life than she was at home. She was frequently found in a state of ecstasy and on one occasion she was believed to have levitated. Her words spoken during her ecstasies, were recorded by her confessor and a relative from her adoptive family.

At the end of her ecstasies, she returned to normal and carried on quietly and serenely. Gemma often saw her guardian angel. She sent her guardian angel on errands, usually to deliver a letter or oral message to her confessor in Rome.

During the apostolic investigations into her life, all witnesses testified that there was no artfulness in Gemma’s manner. Most of her severe penances and sacrifices were hidden from most who knew her.

In January of 1903, Gemma was diagnosed with tuberculosis. At the start of Holy Week in 1903, Gemma began suffering greatly. She died at age 25 on Holy Saturday, April 11.. The Parish Priest in her company said, “She died with a smile which remained upon her lips, so that I could not convince myself that she was really dead.”

St. Gemma Galgani was beatified on May 14, 1933 by Pope Pius XI and canonized on May 2, 1940, only 37 years after her death, by Pope Pius XII. She is the patron saint against temptations, against the death of parents, against tuberculosis, of students and of pharmacists. Her feast day is celebrated on April 11. 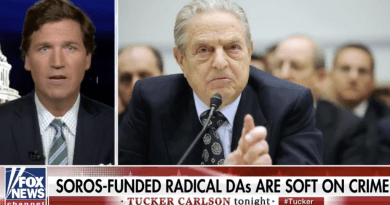 The secret war against Christianity: Twitter Labels Tucker Carlson’s Expose On George Soros As ‘Sensitive Content’ – Soros Funding Radical DAs who are soft on rioters and those who desecrate churches. 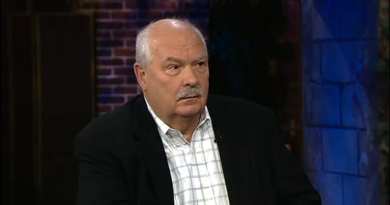 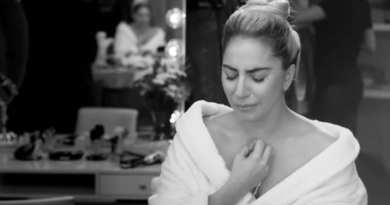 Jelena Vasilj, in her interior expressions, has repeatedly spoken with the Madonna. Here is a beautiful prayer entrusted to him by