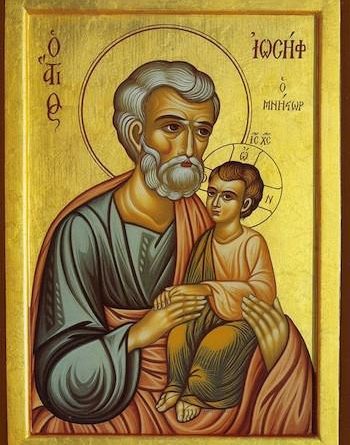 In the twelfth Kontakion Joseph, upon seeing the Child Jesus increase in favor with God and man, and in stature of body and wisdom, [he] did lay up all these things in your heart, like a faithful servant keeping secret the treasure entrusted to him, until the day when all believers began to cry to Him as God and Savior of the world.

Thus, the author of the Akathist hymn to St Joseph invites us, in the twelfth ikos, to hymn [Joseph’s] labors and struggles. The author encourages us also to glorify [his] blessed repose. Could Joseph have had a better repose from the labours and the struggles he had to endure in this transient life other than in the arms of God the Word and His Mother?  It is in their arms that he did sweetly rest from [his] labors. Joseph is truly righteous due to his undoubting belief in blessed eternity.

Hence, Joseph was the faithful in a great task. He was accounted worthy of the greatest honor by God. On earth, Joseph was wed to the glory and beauty of Heaven. He was permitted to depart in peace unto the age to come by the Father of the age to come. Joseph did proclaim the great joy to David. He did bear to all in Hades the tidings that Christ was come to free and save the human race. For all these graces from God the righteous Joseph is our ready helper and intercessor for our souls!

In thirteenth and concluding kontakion of the Akathist to St Joseph the Betrothed we salute Joseph as holy and righteous. We also ask him to accept this, our small supplication, so that through his

mighty mediation before Christ God, he entreat[s] Him to make us by His grace firm and steadfast in the [Christian] Faith, zealous and undaunted in the keeping of His commandments, and that He grant all that is profitable for our temporal and eternal life.

Then, after repeating word by word the first ikos the Akathist ends with the Apolytikion, or the dismissal troparion, tone 8. Here, in a succinct manner we can appreciate St Joseph’s role as chosen protector of the Most-Holy Virgin, Mary, and instructor and nurturer of the God-Man. Obviously, his role does not end by his, after that of Mary, inimitable service to the ineffable mystery of the Incarnation of God the Word. God’s righteousness in Joseph keeps shining as he is the ready helper and intercessor for our souls. Let us make our own the following prayer which we can pray to him daily, this same prayer with which the Akathist hymn to St Joseph the Betrothed ends:

We believe that as you do dwell now in the heavenly mansions with the choirs of the righteous, you are listened to, in all that you do request from our God and Savior.

Therefore, fleeing to your protection and defense, we beg and humbly entreat you:
– as you, yourself, were delivered from a storm of doubting thoughts, so also deliver us that are tempest-tossed by the waves of confusion and passions;

– as you did shield the all-Pure Virgin from the slanders of men, so shield us from all kinds of vehement calumny;

– as you did keep the incarnate Lord from all harm and affliction, so also by your defense preserve His Church and all of us from all affliction and harm.

You know, O Saint of God, that even the Son of God had bodily needs in the days of His incarnation, and you did attend to them.

Therefore, we beseech you: tend, yourself, to our temporal needs through your intercession, granting us every good thing, which is needful in this life (for the sake of life of the age to come). Especially, do we entreat you to intercede that we may receive remission of our sins from Him Who was called your Son, the only-begotten Son of God, our Lord Jesus Christ, and be worthy of inheriting the Kingdom of Heaven, …

So that, abiding with you in the heavenly mansions, we may ever glorify the One God in three Persons: the (+) Father, the Son and the Holy Spirit, now and for ever, and unto the ages of ages. 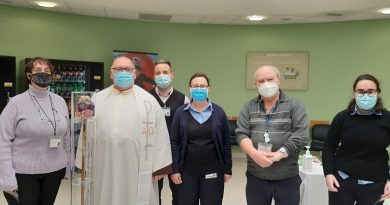