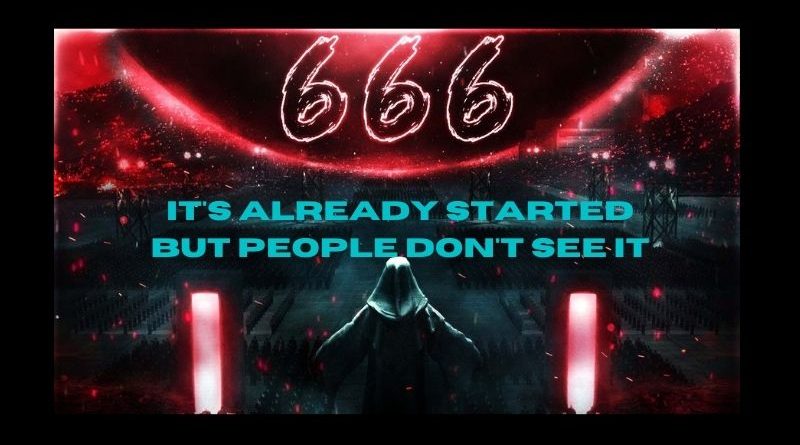 Beloved children of my Immaculate Heart: Receive my maternal blessing…

I see with pain how you are being led further away from My Son at a time when a great part of humanity do not feel the need for Him, and you will therefore rush to meet and accept the Antichrist [1] and his falsehood, if you do not awaken from your spiritual lethargy. (Col 2:8) You are living in a great pit where you are being told how to work and act… Without wanting it, you are captive to the elite; you are in domestic concentration camps, making you insecure, diminishing your ability to think and reason… Lukewarm in faith — they are temporarily closing the Churches, which will later be closed definitively, and you, children, see this as something normal in the context of what humanity is living through at this moment.

Children, my Son’s faithful people, you are living in all sorts of warfare; you do not see weapons like those used in wars, but war is growing before your eyes. Temporary limits are being imposed on you regarding travel from one country to another, preparing you for the arrival of the “microchip”, [2] without which you will not be able to buy or sell, nor to leave your home or receive medical assistance; you will not be able to move from one place to another if you refuse to be marked. (Rev. 13:16,17 )

In view of this, it is necessary for you to draw close to my Son, to know him, to love him, to be faithful to him and to live by his love so that, strengthened, you would be able to advance in the midst of  the spiritual battle and of global power. Communism is advancing: it has not disappeared, it is alive and is advancing towards its goal, and My children will suffer.

Pray, My children, pray, pray: the Balkans will make news for humanity. [3]

Pray, My children, pray: without an economy, Europe will be prey to invaders dressed in red.

Pray, My children, draw near to My Son without delay: conversion is urgent in order for you be worthy of Divine Protection.

Pray, My children, examine yourselves within: the Warning is approaching.

Pray My children, pray for America, it will be scourged.

Pray My children, pray for Mexico, it will be shaken.

You view the Cross as suffering: My Son gave you the Cross of Victory and yet you reject it in favor of worldly idols that offer you distraction. And eternal life? You will lose it because of a moment of folly. Convert: it is urgent that my children convert, so that whatever happens would find them strengthened in faith, in love for my Son. (Acts 17:30) Attention, children! For various diseases, I have mentioned by Divine Will the use of pine.[4] The Father’s House does not abandon His children, warning and protecting them in advance.

Keep up love for your neighbor; do not lose your inner peace. The enemy of the soul, the devil, is fighting against My Son’s People — he insists on your being presumptuous, he induces you to be aggressive, to impose yourselves, to be impertinent, he feeds your “ego” to the core, so that you would be a stumbling block for your brothers and sisters. Little children, love one another, be bearers of peace; keep in mind that you must remain united to the Divine Will. Pray; prayer is the means for meeting My Son; receive the Sacraments; be worshipers of My Son wherever you are — true worshipers, giving testimony to the Holy Spirit who dwells in each one of you.

Brothers and sisters: Our Blessed Mother calls us to be Love, which means being keepers of the First Commandment. Our Mother told me that Her Most Holy Son and She are suffering over those of their children who do not meditate on the value of life and pass their time without keeping peace in their hearts, spreading pain to their fellow men. She showed me that love is the guarantee for the human creature to remain firm in the faith at all times and not to falter in the cruelest of persecutions. Love is food for the soul and leads My children to become aware of the value of their fellow men, seeing My Son in them. She finished by saying to me:

Tell them to love, that envy is the weapon the devil uses to fight against My children. Tell them that the one who is strongest is the one who is love. Love will save humanity and the final triumph will come.

Your Questions on the “Mark”

I have been asked by several Catholic readers what may seem a strange question: if the new vaccines are the “mark of the beast.” No, they aren’t. However, the question itself is not entirely misplaced. Here is why.

In March 2020, during a discussion with my son on the mark of the beast, I suddenly “saw” in my mind’s eye a vaccine coming that will be integrated into an electronic “tatoo” of sorts that may be invisible. Such a thing had never crossed my mind nor did I consider that such a technology existed. The very next day, this news story, which I’d never seen, was republished:

For the people overseeing nationwide vaccination initiatives in developing countries, keeping track of who had which vaccination and when can be a tough task. But researchers from MIT might have a solution: they’ve created an ink that can be safely embedded in the skin alongside the vaccine itself, and it’s only visible using a special smartphone camera app and filter. —Futurism, December 19th, 2019

I was shocked, to say the least. The very next month, this new technology entered clinical trials.[5] Ironically, the invisible “ink” used is called “Luciferase,” a bioluminescent chemical delivered through “quantum dots” that will leave an invisible “mark” of your immunization and record of information.[6]

Then I learned that the Bill and Melinda Gates Foundation are working with the United Nations program ID2020 that seeks to give every citizen on earth a digital ID tied to a vaccine. GAVI, “The Vaccine Alliance” is teaming up with the UN to integrate this vaccine with some kind of biometric.

Here’s the point. If vaccines are becoming mandatory such that one cannot “buy or sell” without one; and if some future “vaccine passport” is required as proof of inoculation; and if it is being planned, and it is, that the entire global population must be vaccinated; and that these vaccines could literally be imprinted onto the skin… it is certainly possible that something like this could eventually become the “mark of the beast.”

[The beast] causes all, both small and great, both rich and poor, both free and slave, to be marked on the right hand or the forehead, so that no one can buy or sell unless he has the mark, that is, the name of the beast or the number of its name. (Rev 13:16-17)

Since the vaccine stamp being developed by MIT actually contains information left behind in the skin, it is also not a stretch to imagine such a vaccine incorporating the “name” or “number” of the beast at some point. One can only surmise. What is not speculation is that never in the history of mankind has the infrastructure for such a global initiative been in place — and that alone constitutes a key harbinger of the proximate times in which we are living.

The key is not to fret about this but to pray and trust that God will give you the wisdom you need. It is inconceivable that the Lord would not warn His people in advance to know the danger of such a serious thing, given that those who take the “mark” are excluded from Heaven.[7]

And if there is to be a persecution, perhaps it will be then; then, perhaps, when we are all of us in all parts of Christendom so divided, and so reduced, so full of schism, so close upon heresy. When we have cast ourselves upon the world and depend for protection upon it, and have given up our independence and our strength, then [Antichrist] will burst upon us in fury as far as God allows him. —St. John Henry Newman, Sermon IV: The Persecution of Antichrist