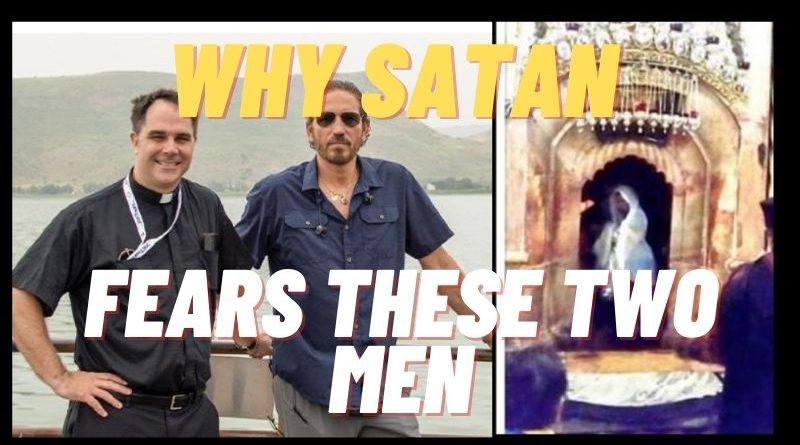 Two men, whose lives were changed by the Blessed Mother, were in the Holy Land together when Our Lady appears in a Miraculous photo as a sign from Heaven.

In the Holy Land in 2019, on May 4, a large group of pilgrims including Jim’s friend, Father Calloway, made the Stations of the Cross very early then arrived at the tomb of Jesus Christ, a little after 6:00 am. Before the doors to the tomb were opened for the priests to enter, one of the pilgrims took a photo of the front of the tomb. 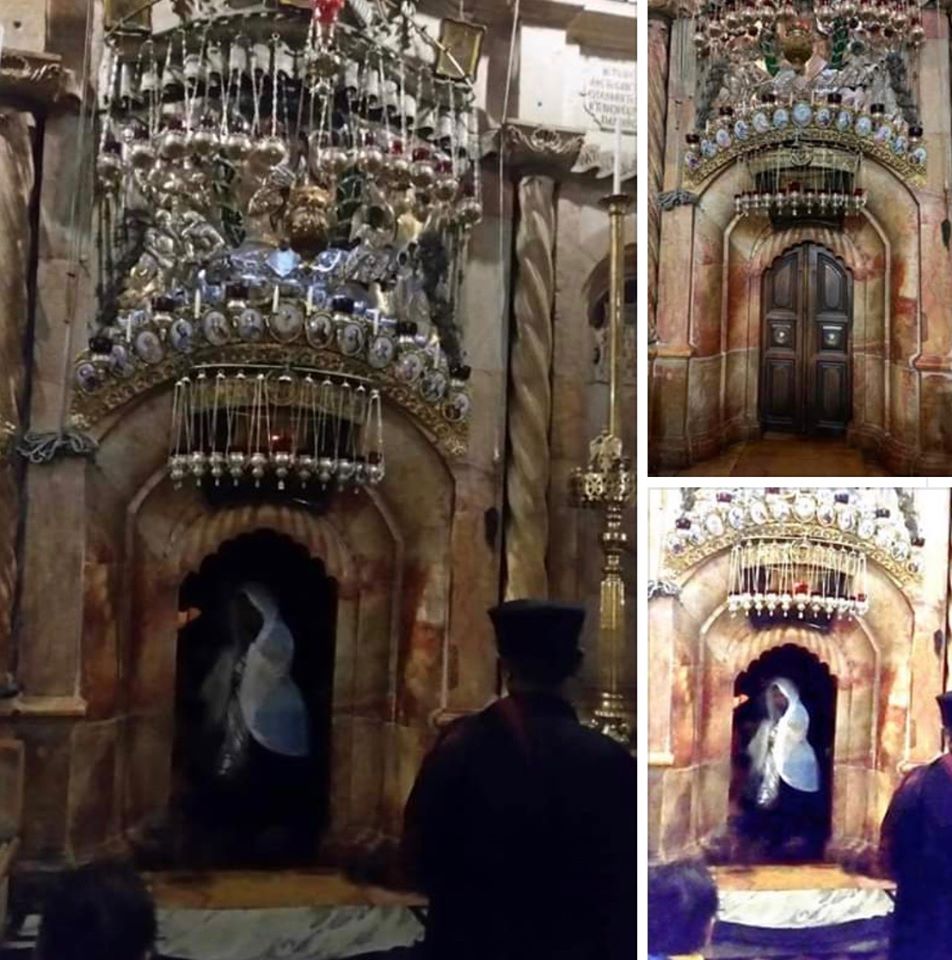 The doors to the tomb were shut. Father Calloway was standing very close to the photographer who took the picture and look at what came out in the photo! In the montage of pictures, the upper right shows what everyone was seeing that morning (the closed doors to the tomb). On the left is what came out in one of the photos taken that morning! On the lower right is an enhanced view of the miraculous photo. 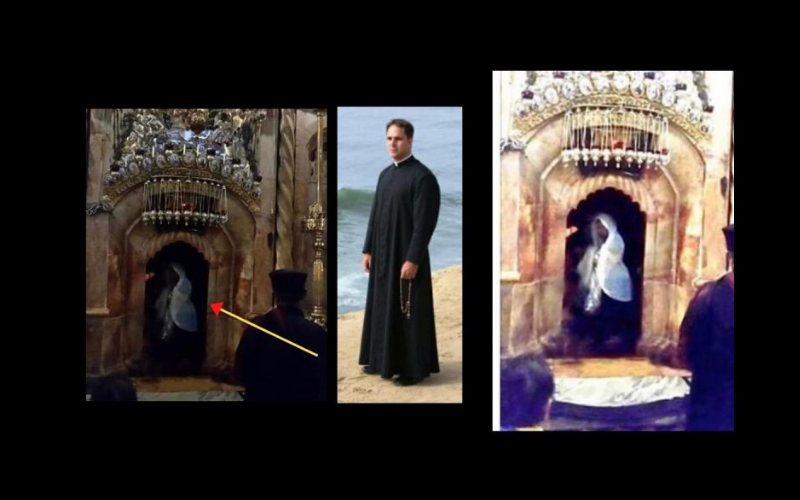 The miraculous photo of Mary is not the first mystical experience Jim and Father Calloway had with the Blessed Mother.

In fact it was the miracle of Medjugorje that changed both men’s path in life in a dramatic way forever.

In a mysterious way, these two men, perhaps two of the most influential Catholics in America, Jim and Father Calloway point to Our Lady appearing in Medjugorje as the miracle that led them both to consecrating their lives to the Blessed Mother.

The actor who played Jesus in the movie “The Passion of Christ”, had this to say about the miraculous event of Our Lady appearing here on earth in Medjugorje: “Shortly before my role in the Passion of Christ, I was introduced to the apparitions and message of Medjugorje by my wife. This would play a major role in deepening my love and service to the Mother of All Peoples. It was at Medjugorje that I consecrated my life and my acting career to the Blessed Mother. From that moment on, all that I did in my life and in my career was in her service, to do with me as She pleased. I also believe Medjugorje prepared my heart to give my “fiat” to play Jesus in The Passion of the Christ. Filming The Passion of the Christ brought me even closer to Our Lady. The more you experience the Passion of Jesus, the more you understand the compassion of Mary—the connection between Mary and her Son. What Mother does not suffer when her child suffers?

Father Calloway has his own powerful story of his conversion. What follows is an excerpt from an essay written by Father Daniel Maria Klimek. Fr. Calloway’s conversion story has changed many people’s lives and it just may change yours. “It all began one night in March 1992 when, to the surprise of his friends, Donald decided not to go out partying, as was the usual routine, but to stay at home for the night. He felt immensely depressed, a longing and emptiness occupied his very being. “I found myself sitting there alone in my room with nothing to do and no one to turn to. My existence was laughable.

My life was a waste, and I was hoping it would somehow come to an end… I hated my life. I was restless and anxious about everything.” Looking for a way to fill the time, he began browsing his parents’ bookshelf, not to find anything to read but, preferably, land on a National Geographic for the pictures. Instead, his hand landed on something else, an odd book about a subject so alien and obscure to the teenager that it was intriguing enough to read. The book was called The Queen of Peace Visits Medjugorje.

Essentially, it was the story of the Marian apparitions in Medjugorje which brought on the crisis of his conversion. He was only one of the first of a long line of Christians who were to fall under the spell of the mystical Bosnian village, embracing that land of mystery.

“This book showed me a side of things I had never really heard of or experienced before, but I certainly could relate to the radical nature of the message… It wasn’t long before I realized this book was presenting me an offer to change my life and surrender to something greater than myself – to believe in God and be different. It was a revelation that required a revolution in my thinking. Could this be the way out I was looking for?”

He spent the whole night reading the book, until the early hours of the morning. In the process, the inner beings of his soul were transformed from the anxiousness and restlessness he previously experienced to a deep serenity and peace that radiated and pervaded his spirit. The messages of Medjugorje touched him on a higher level, the return to prayer, peace, fasting, a reconciliation with God and the need for conversion. For the first time, something offered him hope from his abusive past, from his life of sin and despair.

“The Virgin Mary was saying things that were so clear and captivating that I found myself moved and literally experiencing emotion in a deep way. This was a kind of emotion I hadn’t experienced since I was a little boy who really loved his mother and wanted to make her happy. And yet the Virgin Mary was saying that she was my mother, that she was the mother of those who had gone astray and was calling us back to God, to Jesus. She made it clear that she was not God, but she was pointing to her Son and saying He is the Messiah, the Savior of the world. I found myself totally falling in love with this mother, this woman.”

The aesthetical quality was sublime. He was experiencing a beauty he hadn’t felt in a very long time. In this Woman, the Virgin Mary, he found a beauty that was not poisonous and sinful—like his past encounters with women—but pure and refreshing, an immaculate gentleness that offered a ray of hope and emanated a radiant light into Donald’s darkened world. Spiritual and sublime, this attraction led Donald to a small prayer of the heart, in which he revealed his longing for this mysterious presence in front of him.

“As I continued to read, I said to her in my heart, ‘I want to believe. I really do. You are piercing the little bubble of my world and offering me something more than I ever heard. I need this.’”

This inner need, this spiritual longing, was being satisfied. As he continued reading, a strange, but wondrous, rebirth from death to new life occurred. “Although I was in serious despair about my life, as I read the book, I felt as if my heart was being melted. I hung on to each word like it was transmitting life straight to me.”

Whoever this Virgin Mary was, I believed what she was saying – that she was my mother and came from heaven for me.

Then a new day came. “Early in the morning, when I closed the book, I said, ‘The message in this book is life-changing. I have never ever heard anything so amazing and convincing and so needed in my life.’ One might say that this was my first prayer. Whoever this Virgin Mary was, I believed what she was saying – that she was my mother and came from heaven for me.”

Thankyou Fr. Klimek for your wonderful words and God bless you Jim and Father Calloway for all you do for our Mother Mary, her son Jesus, and  the Catholic Church. 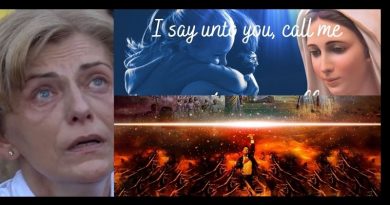 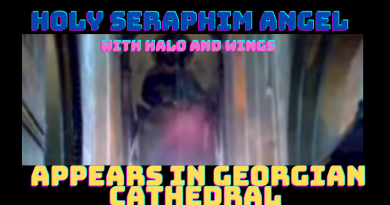 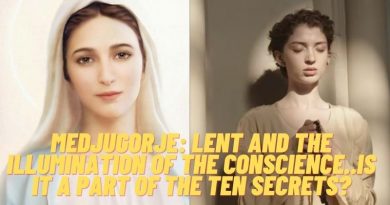 Famous Song’s Hidden Catholic Meaning – American Pie – “The three men I admired most; The Father, Son, and the Holy Ghost”…”No angel born in Hell Could break that Satan’s spell”…

Our Lady at Medjugorje is the new morning star who brings us great graces. She is the bearer of true