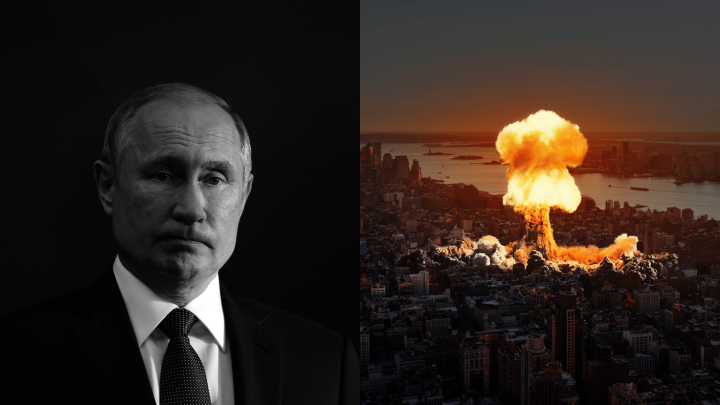 Russia has ‘lost nothing’ over war in Ukraine claims Putin

Vladimir Putin made a chilling reference to nuclear weapons in his latest televised speech.

The deranged leader also ominously warned he will use every power he holds to “defend” Russia.

He went on to accuse “Western elites” of adopting “outright satanism” and blamed them for the Nord Stream gas pipeline blasts.

It comes amid fears Putin may attempt to use tactical nuclear weapons to halt Ukraine’s rapid counter-offensive against Russian forces.

Russia will use “all its powers”

Putin warned he will use “all the powers and means at our disposal” to “defend” Russia.

It comes after sham referendums were held in four Russian occupied areas of Ukraine this week.

Putin has now illegally annexed the areas, officially declaring them to be parts of Russia.

Putin may now try to frame any Ukrainian strikes on these regions as an attack against the motherland.

He said: “We will defend our land with all the powers and means at our disposal.”

In a chilling reference to nuclear weapons, Putin argued that the US had already set a “precedent” by using atomic bombs against Japan.

It comes amid fears the Russian despot may use tactical nuclear weapons in Ukraine to halt Kyiv’s counter-offensive.

Putin said: “The United States is the only country in the world that has twice used nuclear weapons, destroying the Japanese cities of Hiroshima and Nagasaki, and setting a precedent.

“Even today, they actually occupy Germany, Japan, the Republic of Korea, and other countries, and at the same time cynically call them allies of equal standing.”

He said: “Now they have moved on entirely, to a radical denial of moral norms, religion, and family …

“This is a challenge to all. This is a complete denial of humanity, the overthrow of faith and traditional values.

“Indeed, the suppression of freedom itself has taken on the features of a religion: outright Satanism.”

The Russian despot blasted the West for adopting “outright satanism”

Russia’s leader, who has been blamed for the explosions, provided no evidence to support his claim.

He said: “Sanctions were not enough for the Anglo-Saxons: they moved on to sabotage.

“It is hard to believe but it is a fact that they organised the blasts on the Nord Stream international gas pipelines, which run along the bottom of the Baltic Sea … It is clear to everyone who benefits from this.”

Putin claimed the occupied regions of Ukraine would now belong to Russia “forever”.

He said: “I want the Kyiv authorities and their real masters in the West to hear me, so that they remember this. People living in Luhansk and Donetsk, Kherson and Zaporizhzhia are becoming our citizens. Forever.

“We call on the Kyiv regime to immediately end hostilities, end the war that they unleashed back in 2014 and return to the negotiating table. 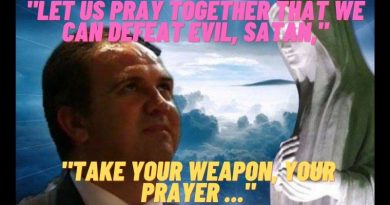 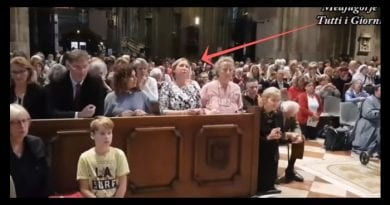 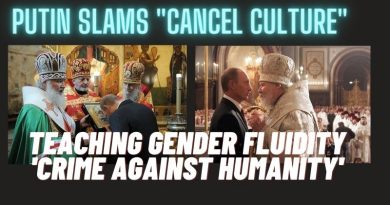