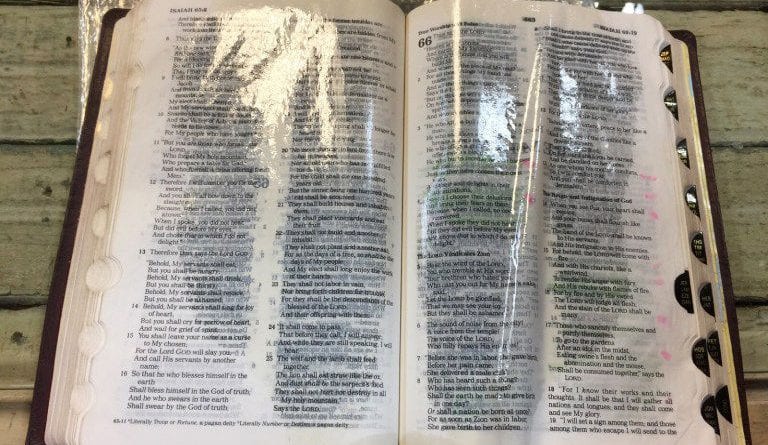 “He got on his knees and started praying. Then he laid on the floor for about 45 minutes … we prayed for his wife, Joyce, who said that she felt something in her shift,” he said.

The Pierces continued their prayers throughout the week, sequestered in their home.

“They didn’t go anywhere after the prayer meeting which was on Monday night. They were reading Psalms and praying,” Taylor said. “On Friday, Jerry picked up his Bible and noticed that it was wet. He asked Joyce if the grandbaby had spilled anything and she said no. But it was just in the book of Psalms … Pslams 39-63.”

Pierce brought the Bible, which continued to secrete oil, to his prayer group. That’s where Taylor and his fellow group members first set eyes on the marvel.

“It was fascinating. When they brought it to us, the oil was already through the new testament. Over the next couple of weeks, two or three weeks, it was through Revelations,” he said.

“Then it stopped and went back to Genesis. It was becoming saturated so Jerry put it in a bag which also started to fill with oil. I had the idea to try to make a vial with the oil.”

That is precisely what they did. They started giving away vials of the oil, entirely free, to people they knew or those who requested it. As word spread, they started having more and more inquiries, and the oil continued to flow.

“God told us that we should give it away so he could replenish it. That’s what we started doing,” Taylor said.

While they were faithful, they also had more concrete concerns about the oil. They enlisted the help of a Dalton chemist who tested the liquid. The results it yielded only strengthened their resolve.

“During this whole thing, we have told everyone, ‘we want to keep it all in the light. What we know, you know.’ We just want to be good stewards of this and do what God wants us to do,” he said.

“(The chemist) said that it had the characteristics of mineral oil but was not manufactured. They best they could tell us … they don’t know where it came from.”

The purpose, Taylor said, is simply to share it. They are not to promote it, advertise or profit from the oil in any way. In return, those who receive the vials will be blessed. Many of those who have received the oil claim it boasts healing properties.

“We have received testimonial after testimonial. There are claims that it has cured stage-four cancer, a broken arm, pancreatic cancer,” he listed. “Jerry, the one who owns the Bible, his brother, was in the hospital. They thought he had a stroke. We brought the Bible and anointed him with oil. He was later just diagnosed with a kidney infection.”

Since the oil began to flow from the Bible in January, they have filled 22,000 vials with oil, sending it out to individuals around the country and even around the world.

It continues to flow today. For Taylor, it has been an awe-inspiring experience, one that has brought together many people, including those of different faiths. They have visited dozens of congregations to share their story.

But one thing is for sure — it never becomes routine.

“It never gets common. It is just as brand new today as it is the first day I saw it. We have always prayed that we would steer this thing right. We don’t go out and try to convince anyone or anything like that … we’re just the stewards,” he said.

One way they are providing that stewardship is by visiting various congregations around the state. Taylor said they are coming to Darien’s Glory Worship Center Aug. 11, 12 and 13.

“We will be there at 7 p.m. Friday and Saturday nights and at 10:30 a.m. Sunday morning. We will tell our story, speak and pray, then we will give away the oil,” he said.

They hope it will give those that seek the oil what it has given to them — a sense of peace and hope in knowing that God is with them.

“God told us that ‘anything man makes can only represent me … what I make is me.’ We are challenged by it but we don’t try to convince people to believe it. We can’t explain it … but, at same time, we can’t deny it,” he said. 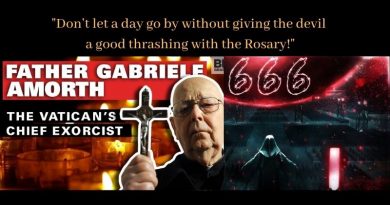 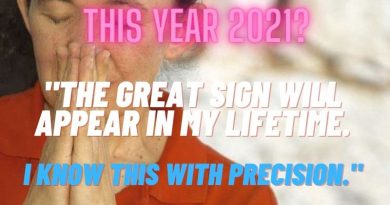 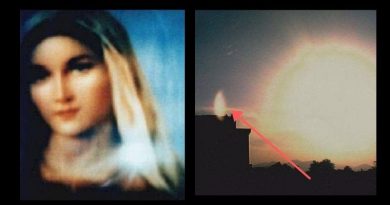 Križevac, together with Podbrdo and the parish church dedicated to Saint James, is one of the three fundamental points of

For the last 18 months, gallons of oil have been flowing out of a Bible in Georgia, and some are