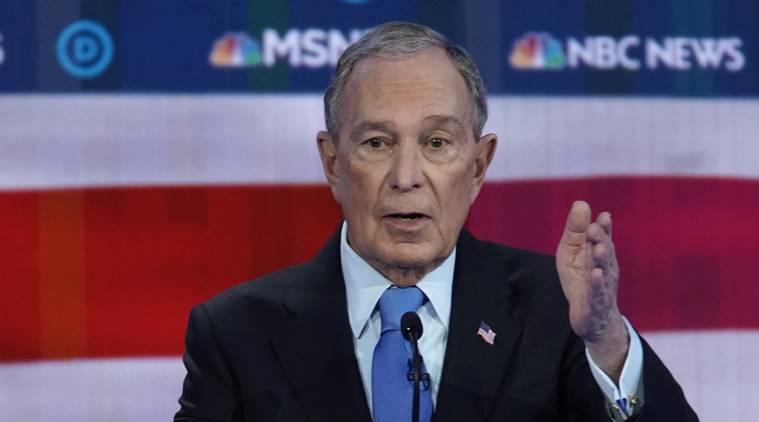 Michael Bloomberg got raked over the coals by his fellow Democratic socialists the other night for everything except what is arguably the most important thing.

Bloomberg won’t stand tall for America against China – where his company, Bloomberg LP does a lot of good (for Bloomberg) business.

But how about for America?

Bloomberg is said to be a smart man but he doesn’t seem to understand some very basic – and very important things. Or he just doesn’t care about them.

For example, that China is a one-party state led by a dictator. Bloomberg denied this in a recent PBS interview, stating that China’s dictator Xi Jinping “has to satisfy his constituents or he’s not going to survive.”

This is like the DMV calling those forced to wait on line for “services” they didn’t want but which they’re made to accept (and pay for) “customers” – only worse, because one doesn’t have to drive. In China, one has to obey the dictatorship’s decrees – about everything. These decrees lately being enforced via a sinister social credit system that “unpersons” people who’ve done anything the dictatorship disapproves of. Even to the extent of spending “too much” time playing video games online.

The dictatorship isn’t merely surviving – it is thriving – because there’s no legal way to get rid of it, an irony lost on Bloomberg who is hoping to replace Donald Trump as president  . . . by persuading people to vote for him.

Constituents have a choice. The people of China have a different choice: To obey or not. Those who don’t obey often end up in a camp. This is a distinction Bloomberg apparently doesn’t comprehend – or which he is indifferent to.

Reportedly, there are at least 2 million Chinese in work and re-education camps and probably more since the actual number is unknowable, there being no Freedom of Information act in China.

Well, other than the freedom to do as you’re told.

This includes being told not to be Muslim – a “criminal” offense in China. Another irony, given Bloomberg’s Woke posturing about the wonders of diversity.

Secretary of State Mike Pompeo recently stated the ugly obvious: That China “is in a league of its own when it comes to human rights violations.”

But Bloomberg hears no evil, sees no evil.

Instead, he finances it. Sometimes, in the name of charity – through Bloomberg Philanthropies – which sends stacks of American dollars to help make Chinese industry “greener” and thus more able to undermine American businesses, which don’t receive the benefit of the billionaire’s largesse or have the advantage of laborers who have to report to work  . . . or else.

It’s not unlike the way another crony capitalist “businessman” – Armand Hammer (say the name slowly and you’ll begin to get the picture) helped prop up the old Soviet Union by pouring money into its state enterprises.

And made a fortune in return by leveraging the Soviet system to his businesses’ advantage. As Bloomberg does through Barclays Global Aggregate Bond Index, which has kicked at least $150 billion to at least 159 state-owned Chinese firms – to the detriment of the American firms who’ll be forced to compete with them.

Both men seem to have an odd affection for authoritarian systems. Perhaps because it’s easier to make money when you can use force to make it.

But it’s not just money that seems to interest Bloomberg, the infamously authoritarian ex-mayor of New York City – who among other things dictated how much soda people would be allowed to buy as well as outlawed “loud” headphones and cars in Times Square. More outrageously, he also deployed the New York City Police to “stop and frisk” people at random and without probable cause.

Well, other than their being not white.

This is something Ernst Rohm would have approved of.

When PBS host Margaret Hoover gave Bloomberg an opportunity to walk back his comments about Xi not being a dictator, Bloomberg doubled down – saying that the unelected Chinese leader is “responsive” to the wishes of the average Chinese.

And there’s a bridge in Brooklyn that Bloomberg will sell you for a really great price.

He says “we just have to find ways to work together.”

This apparently includes suppressing unflattering news about China’s ruling autocrats. Back in 2013, The New York Times broke the story that Bloomberg News had kiboshed coverage of seedy relationships between the ruling elite of the Chinese Communist Party and ultra-wealthy Chinese oligarchs. According to the embarrassing NY Times piece, Bloomberg News reporters in China were apparently told by NY editor Matthew Winkler to circular file pieces that were irritating the Chinese. Not the Chinese people – the handful of Chinese who exert arbitrary rulership over them.

Bloomberg Asia’s editor told NPR that “higher-ups” – who could they be? – told him that stories about the families of Chinese Politburo members were “off limits.”

This is the man Democrats want to replace Donald Trump?

Ladies and gentlemen we have a full blow miniature Manchurian on our hands. 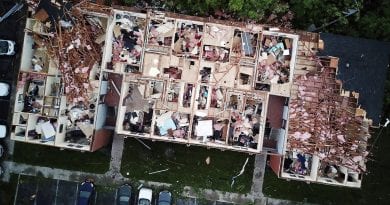 Medjugorje Message, June 2, 2019 – Apparitions to Mirjana  “Dear children, only a pure and an open heart will make

“Satan does not sleep and through modernism diverts you and leads you to his way.” “The devil is one who does everything