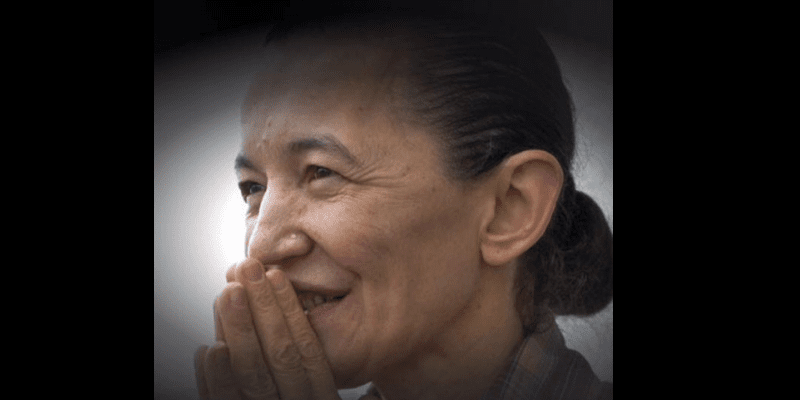 For several days the news of a miraculous healing in Medjugorje, of an ALS patient has been spreading.

The news of the recovery (or at least the clear improvement) was broadcast by Radio Maria which, in its official Facebook account, reported the authoritative testimony of Don Giovanni Palmieri chaplain of the Cardarelli Hospital of Naples.

“Dear Father Livio, I am writing to testify to a healing which I witnessed on September 26 in Medjugorje.

The young Cristian of 37, married with two small children, suffering from ALS for five years and personally known to me for having been operated on in the Hospital of Naples, of which I am the chaplain in 2011; paralyzed in the lower limbs, and having to use the respirator at night and fed thanks to the peg directly in the stomach, after a prayer from Viçka during the testimony from Sister Kornelia and after an adoration on the night of the 25th when he felt full of a inexpressible joy at the passage of a shooting star that crossed the sky, he wanted to be accompanied the next day in a wheelchair at the foot of the Apparition Hill.

There, feeling inwardly called, near the Blue Cross he stood up and independently moved his steps to climb, leaning – unsupported – on me, on his parish priest, on the companion – which is physically impossible for his condition: he went up up to the top with his wife and two children, and at the sight of the statue of the Madonna he burst into tears.

We then went down again along the sweetest road of the mysteries of the Rosary. Back in his village of Piane Crati he walks, he no longer uses wheelchairs, he sleeps at night without a respirator and in a month his peg will be removed. Doctors declare this condition inexplicable, as there are no cases of ALS remission in the world.

The miracle, if that is what it is, is one of a kind. Cristian in a wonderful testimony of faith and love when he was sick declared that it was the disease that made him discover the meaning of life – To the glory of Mary, Queen of Peace.

Thanks to you, Father Livio, for his wonderful catechesis and his tireless appeal to conversion, an authentic interpreter and witness of the presence of Mary among us who radiates her love and light from Medjugorje ”

A few days later Cristian told his only experience to the Gazzetta del Sud:

“Cristian Filice, 37 years old, sick with ALS who was healed in Medjugorie, decided to tell about that journey that upset his life. The meeting with Vicka, one of the visionaries and the “signals” up to the ascent of the mountain of the apparitions, last September 26th, the day she started walking again.

Cristian Filice, the 37-year-old sick with ALS, healed in Medjugorje, wanted to wear shoes dirty with red earth, the color of the mountain of the apparitions, for the first “official” walk. A few steps outside his home in Piane Crati, in the province of Cosenza. He was accompanied by Don Antonello De Luca, parish priest of the town and an eyewitness to what happened on September 26 last.

The man decided to talk and tell what he lived in a week that upset his life. A trip planned with his wife “in the year of faith”.

The next day a naturalistic excursion to the Kravice waterfalls is planned. Cristian in a wheelchair was unable to follow the group and stopped at the rest point where he met an old man. “He was wearing a red t-shirt and stroked my face, a gesture of tenderness, 3. I thought maybe she had a son in the same condition as me. Instead I discover that until two years before he too was completely paralyzed. A miracle worker. The old man approached me and said: do you know that last night was the night of miracles? You will see there will be awakening and then you will remember Joseph. I haven’t seen him again ”.

Cristian accompanied by the priests and his family returned to the hotel. The next day he prepared for Eucharistic Adoration. He knows that he will not be able to climb the mountain of apparitions, in his condition it is not possible. On the square of the church of San Giacomo during the religious service he cries profusely.

“That’s when I understood. I heard a voice inside that urged me to climb the mountain. He showed me how, where and with whom. That evening, at the end of the celebration, a star, like a comet, crossed the sky, we all saw it ”. Cold legs, they did not move. Francesca, his wife, Don Antonello, another priest and the bus driver pushed Cristian’s wheelchair to the start of the climb in the early afternoon of Thursday 26 September.

It’s 2 pm when he gets up and starts walking: “I felt the strength in my legs, they had to be sent quickly. I got to the point where the statue of the Virgin stands, that’s where I stopped. Then I went back ”.

Today Cristian plays with the children. In the room where he slept attached to the respirator, wheelchairs remain “my fleet” calls them. On the bedside table, the dehumidifier. Put the respirator in a box. Doctors speak of notable improvement. Impossible in the SLA.
.

.
Clinical examinations have not finished. “I want to testify that prayer is a powerful weapon.” Trust in God, trust in Our Lady, I say this above all for the sick, often desperate, who seek answers in those who cannot give them, remaining disappointed. I will continue to fight against ALS, as I have done in recent years ”. The phone keeps ringing, he answers. There is a knock on the door, it is a coming and going of people. Hugs and tears, for a man who has lived at least two lives. “ 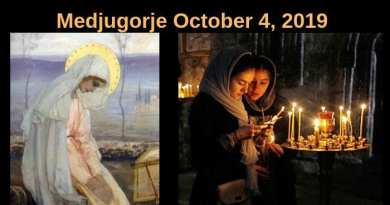 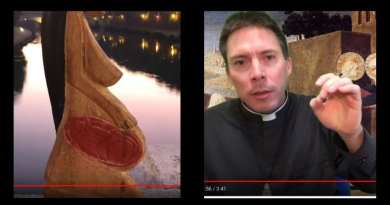 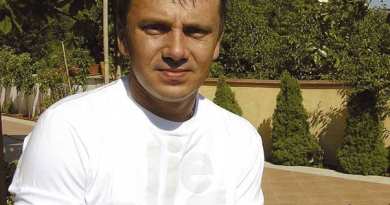 For the Terminally Ill, Drawing Strength From the Virgin Mary The author of National Geographic’s story about the “most powerful woman

Beverley Allen ADear father. Please please hear my cry I need you so badly there is so much heart aches