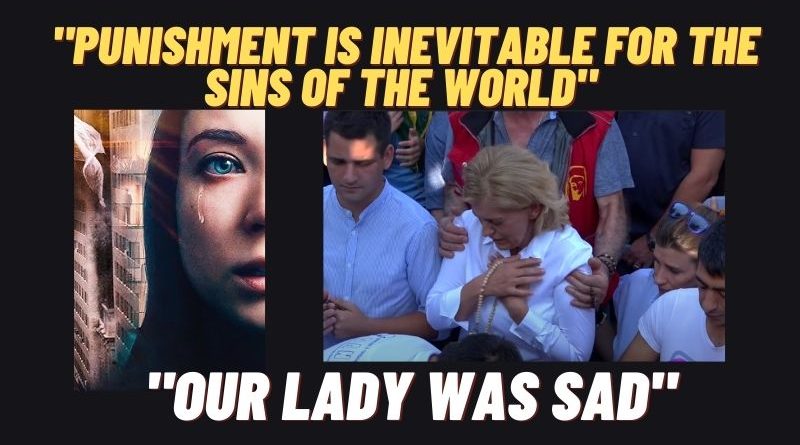 Virgin Mary is the new pillar for mankind who, at the beginning of Christianity, revealed herself to St. James, leaving Her image on a column in Spain.

Today She is the Ark of the new covenant and at Medjugorje She is revealing Herself to the world in an event that is unique in the history of humanity.

She comes to us during this special time of difficulty, uncertainty and struggles to take us firmly back to the heart of Jesus.

But because of too many sins in the world, Our Lady also has come to tell us that future events are on their way which will determine the destiny of mankind.

These events are known as the “Ten Secrets”. The events will include chastisements for the world. The visionary Mirjana says we are getting closer to the moment which is why we must reconcile with God.

Our Lady says: “Is not possible to avoid the chastisement entirely; go on the streets of the city, count those who glorify God and those who offend Him. God can no longer endure that.”

The Visionary, Mirjana, was the first to receive all ten secrets from the Holy Mother. She understood immediately that they were serious.

And this is what worries Mirjana so much. She says: “Punishment is inevitable, for we cannot expect the whole world to be converted.

The punishment can be diminished by prayer and penance, but it cannot be eliminated.

Mirjana was told by the Blessed Mother: “My angel, pray for unbelievers. People will tear their hair, brother will plead with brother, he will curse his past life, lived without God. They will repent, but it will be too late. Now is the time for conversion. I have been exhorting you for the past years. Pray for them.”

According to Mirjana, it is becoming increasingly possible that the time of the secrets is not far away. She has said the secrets will occur within her lifetime, and she will be a witness to them.

Mirjana has also said: “Our Lady told me many things that I cannot yet reveal. I can only hint at what the future holds, but I do see indications that the events are already in motion”.

She added: “This is the time to tell my story.”

On May 2, 2009 in a dramatic message Our Lady was concerned that despite her presence on earth for so long, much of humanity rejects her plea for the world to reconcile with God the Father.

“Dear children! Already for a long time I am giving you my motherly heart and offering my Son to you. You are rejecting me.

My poor children, look around you and look at the signs of the times. Do you think that you can do without God’s blessing? Do not permit darkness to envelop you. From the depth of your heart cry out for my Son.

His Name disperses even the greatest darkness. I will be with you, you just call me: ‘Here we are Mother, lead us.’ Thank you. ”

After the apparition, Mirjana told the crowd: “Our Lady was very sad. She only gave a message and blessed us.”

By virtue of her understanding that the secrets are nearing, Mirjana proclaims to the world: ‘Hurry, be converted; open your hearts to God.’ 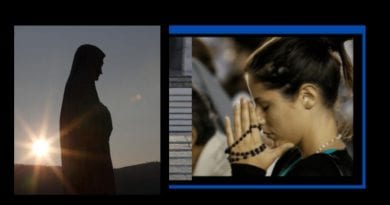 Amazing Appearance in the sky of Clouds in the shape of a Dove today Pentecost Sunday in Medjugorje !! Our

“Apart from Vicka, who said that her first secret has to do with the Church, Mirjana was the only seer to