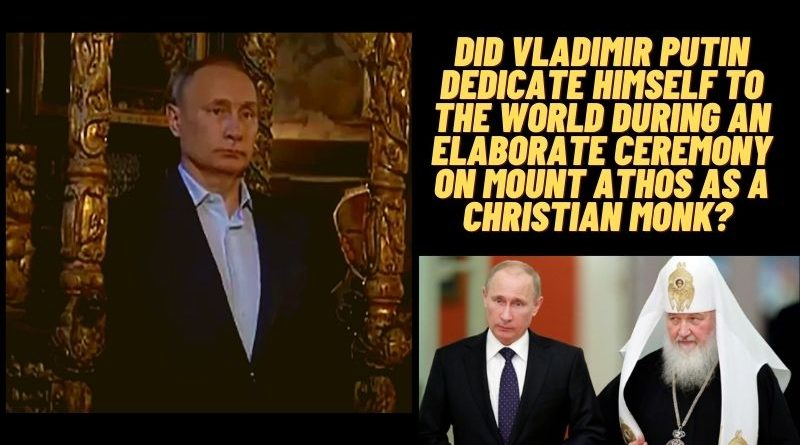 Did Vladimir Putin dedicate himself to the world during an elaborate ceremony on Mount Athos as a Christian Monk in 2017?

According to a report, well-informed people think that during the visit on Mount Athos, inside the Dormition Church of the Mother of God, a special ceremony took place to honor of the head of the Russian State that was full of overtones that suggest that this is the case.

At the beginning of the video, it is clear that Vladimir Putin and the monks are greeting each other as brothers. The President of Russia arrived on Mount Athos not as a head of state or a tourist but as a pilgrim; a pilgrim who, however, is allowed to stand at the Royal Seat during the prayer where an Emperor would stand.
The throne is opposite the Royal Gates and symbolizes a direct relation between the King of Heaven and the Orthodox King. Putin is not a king in any legal sense, and the monks of Athos should not make such a mistake. But neither do they resent his standing in the place of the Lord’s Anointed.

According to the report, Putin took a vow as a monk in the world. This means that he is fully entitled to take the Royal Seat in the mind of the monks of Athos. On the one hand, he is the head of an Orthodox country, and on the other, he is anointed by the Lord as a monk.
The report says:”
It is very important that Putin never emphasizes his Orthodoxy. He speaks and acts, as the President, not as a monk. It would be difficult to suspect him of ostentatious godliness. He visits remote churches all over Russia during major Christian holidays instead of going to the Cathedral of Christ the Savior as would be expected. 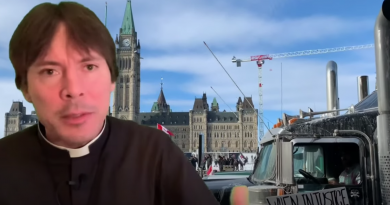 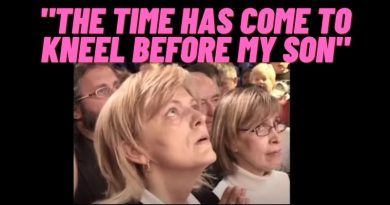 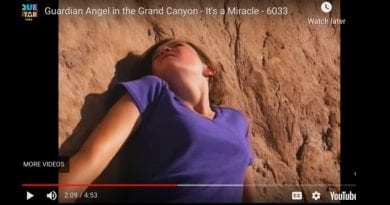 Source Papaboys 3.0 Translated by Google from Italian Mirjana Defends Pope Against Critics: “It hurts me because the Pope is

Message of the Queen of Peace (Medjugorje, 25 July 1982)  Concerning Hell: “Today many persons go to Hell. God allows His

SR. LUCIA OF FATIMA -THE LAST PUBLIC INTERVIEW – “THE DEVIL’S FINAL BATTLE AGAINST THE VIRGIN”

Fr. Fuentes interview with Sr. Lucia On December 26, 1957 Father Augustin Fuentes, who was working on the  causes for