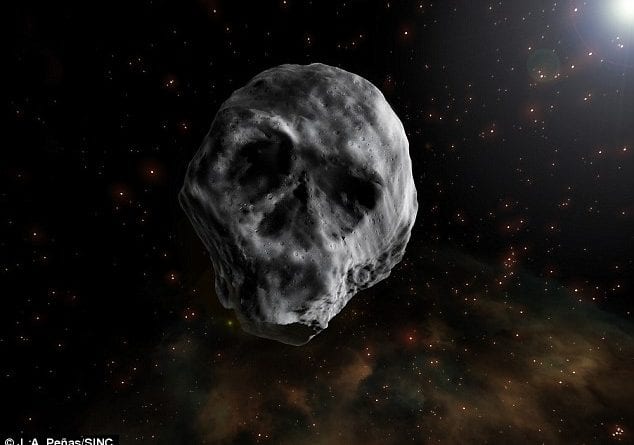 Eerie ‘death comet’ with a SKULL face will zip past Earth just after Halloween ..but it will still be safe to trick or treat – it will be 25 MILLION miles away)

‘death comet’ will be zipping passed earth just after Halloween this year.

The asteroid with a skull-like face will make its second trip near earth in three years after flying a worrisome 302,000 miles from our planet on October 31, 2015.

This year, the comet will be a much more comfortable 24million miles away on November 11, Mother Nature Network reported.

The comet, officially recognized as 2015 TB145, has a few nicknames including ‘Halloween asteroid’, ‘death comet’ and ‘The Great Pumpkin’ by NASA.

The 2000-foot-wide rock gets the name ‘death comet’ not only because of its human skull face, but because it’s believed to have been long-dead.

Numerous passes around the sun likely stripped the comet of its volatiles, according to Mother Nature Network.

‘We found that the object reflects about 6 percent of the light it receives from the sun,’ said Vishnu Reddy, a research scientist at the Planetary Science Institute in Tucson, Arizona said in 2015. 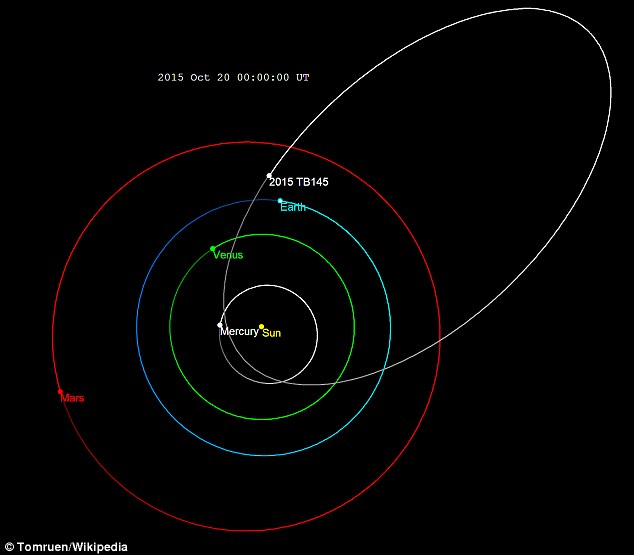 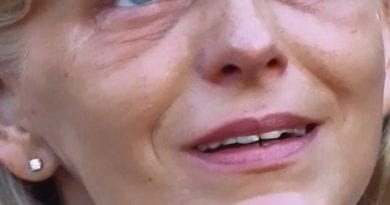 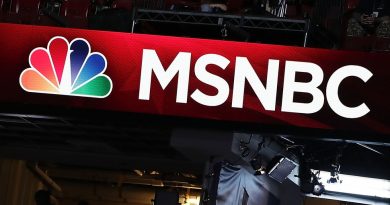 A hopeful Sign. Let’s pray  “Dear children; Anew, in a motherly way, I am calling you not to be of